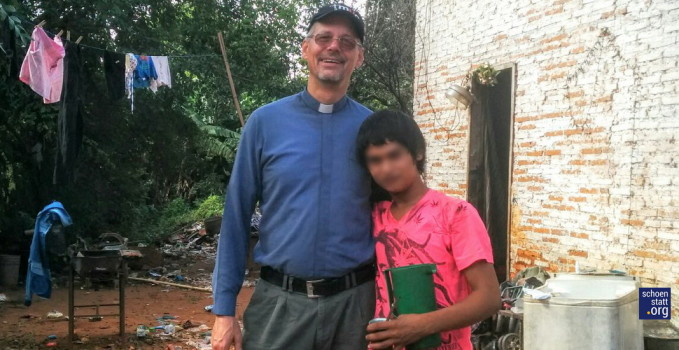 Sometime ago, Pepito was finally able to tell me his life story:  “I was eleven years old when my parents separated.  My father is an alcoholic; he abused my mother until she could no longer take it.  I decided to go live with him, because I knew that he would not place limits on me.  I began with cigarettes and alcohol, and then the drugs came.  I even did drugs in front of him, but he never told me anything-he was usually too drunk to notice anything.  He never was a good example for me.  Then I lived on the street with bad companions I stole to keep on medicating myself, until I arrived here, behind bars.  In reality, my life does not have meaning; I feel that no one cares about me.”

There are many stories like this one in the Itauguá juvenile detention center, too many.  The majority of the inmates – beyond the crimes that they have committed – are victims of poverty, domestic violence, abandonment and almost always –of dysfunctional parenting or even worse, completely absent parents.

Joseph was the son of a single mother, a housemaid who was never able to keep her son with her where she worked.  His father had never recognized him or was concerned about him.  His “Grandmother Memby” took care of him until he was eight, then his grandparents could no longer take care of him. With great sorrow, his mother had to finally place him in an orphanage.  He escaped from there several times, because he could not stand the very strict regimen and lack of freedom, but the police would return him to the home again.

Up to this point, it could be just one of the many stories I hear at the center.  Joseph could have ended up very badly, however he, who had no human paternal experience, became a spiritual Father for many people, a founder, and a prophet.  This magazine and this website that we have in our hands, at our finger tips,  would not exist if it were not for him. 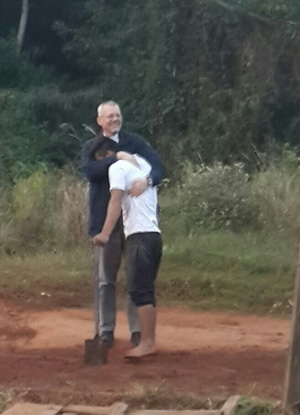 Some of us may have had the grace of experiencing a good earthly father; others have not.  But we are all called to transcend our personal story, to mature in a childlike relationship with the Blessed Mother and God the Father, and to give the world our spiritual paternity or maternity, God’s innermost reflection.  It is only in this way that many other people can overcome their own emotional wounds, and anchor them deeply in a God, who above all, is a merciful Father.

It is not easy to experience this spiritual paternity; it demands great dedication.  The Father and Founder reminds us:  Paternity anchored in God is inspired on the ideal of the Good Shepherd, it is a self-portrait of Jesus: The Good Shepherd gives his life for his sheep.  He remains with arms folded…neither is he content to throw lifelines to those who are drowning, but instead he throws himself into the water, risking his life to save what should be saved.  What can we contribute from our Schoenstatt spirituality?  In the end, it is about cultivating and carefully carrying out the purpose of the organism, especially from the point of view of an organic childlikeness capable of pulling even into the sub-conscious, and in a manner of speaking, to work ‘miracles of transformation’….

After a long talk, where Pepito discovered that God is precisely a Father like the one he never experienced.  After tears, hugs and relief, he finally synthesized:  “Now I understand that God allowed me to come to jail for me to discover that he loves me, that he has a very beautiful dream for my life, and that I can change my life and fulfill this dream.  Someday I want to be a good husband, the best father in the world for my children, so that they will never go through what I suffered.”