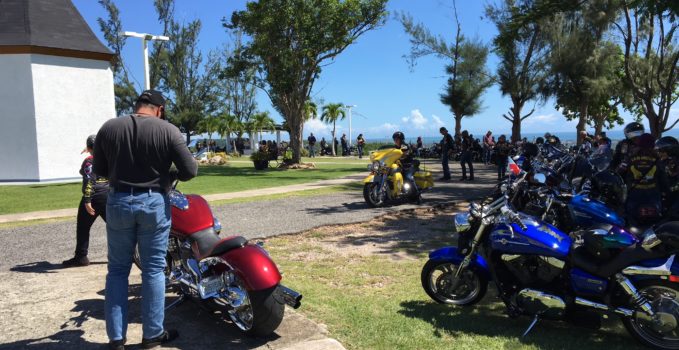 Three shrines, one prayer…on a motorcycle?

It is pretty normal to see Schoenstatt Biker Missionaries in Puerto Rico’s shrines, but seeing about 100 motorcyclists visit the three shrines on the same day is providential. —

The motorcycle pilgrimage “Three shrines— one prayer” was held on October 21st, which was organized by Juan González and Orlando Rivera, both belong to Lares of the Latin American Motorcycle Association (LAMA) chapter. The purpose was to get together to offer and pray for the companions and relatives of cancer and diabetic patients. The chapters from LAMA Ponce, Cabo Rojo, Aguada, San Sebastián, and the Schoenstatt Biker Missionaries that carry out a similar race annually joined this race.

The first shrine visited was Magnificat, located in Hatillo, in the northern part of Puerto Rico. There they were welcomed by Fr. René of the Order of the Slaves of the Eucharist and the Virgin Mary, who spoke to them about the Schoenstatt Apostolic Movement, his shrine, and about the three graces that they receive in it: sheltering, inner transformation, and apostolic zeal. In closing, they were blessed with the Blessed Sacrament, and they left for the next shrine making several stops for food and rest.

Cenacle Shrine of the Immaculate Mother of the Redeemer

Upon their arrival at the second shrine, Cenacle Shrine of the Immaculate Mother of the Redeemer, in Juana Díaz, they were welcomed by some faithful and Bishop Herminio de Jesús. They gathered in the activity hall to listen to another great talk about the greatness of the Blessed Mother and to receive a second blessing. Then they entered the shrine to pray for the relatives and friends with the aforementioned illnesses. At the end of the visit, they headed out for their last destination.

The road toward our National Shrine in Cabo Rojo brought new challenges. They were temporarily divided, and they faced heavy rain, making some think that they would not finish the activity. However they did not give up, but continued on the road accomplishing their goal: arriving at the third shrine, the Shrine of Solidarity, to pray and to receive God’s graces and blessings from Mary’s hand. Sr. Sofianne, Sister of Mary and leader of Puerto Rico’s Schoenstatt Rosary Campaign, welcomed them. They were also accompanied by some members of the Madrugdores de María from Cabo Rojo, who led them in their prayers, and the consecration to the Mother Thrice Admirable, Queen and Victress of Schoenstatt. At approximately 6:00 pm all the bikers said goodbye and departed for their respective homes.

It was a day filled with joy, brotherhood, thanksgiving and blessings. Throughout the activity, the hosts and some of the bikers spoke about the wonders of the Most Holy Virgin Mary and Jesus’ presence in the Blessed Sacrament. This motorcycle pilgrimage will bring great fruits, especially the commitment of the leaders of the motorcycle groups to repeat the pilgrimage next year. Thanks to everyone who contributed to make this activity very beautiful and filled with blessings.

When Juan González, the president of LAMA Lares was asked what this race meant, he said:

“From the time I was very small, I have visited the shrines, but never all three of them on the same day, until we began to plan this route. Being accompanied by approximately 100 bikers and seeing the peace and joy reflected in them after visiting these beautiful places God has given us shows us how fragile life is, and how important it is to always be close to Jesus and seek to be close to the Blessed Mother’s embrace. To be surrounded, praying for these cancer and diabetic patients gives us another meaning to the pilgrimage, of how important it is to do positive things, because we are sinful human beings, who do not know when we will be in the Lord’s presence. We must live and roll with the purpose.” 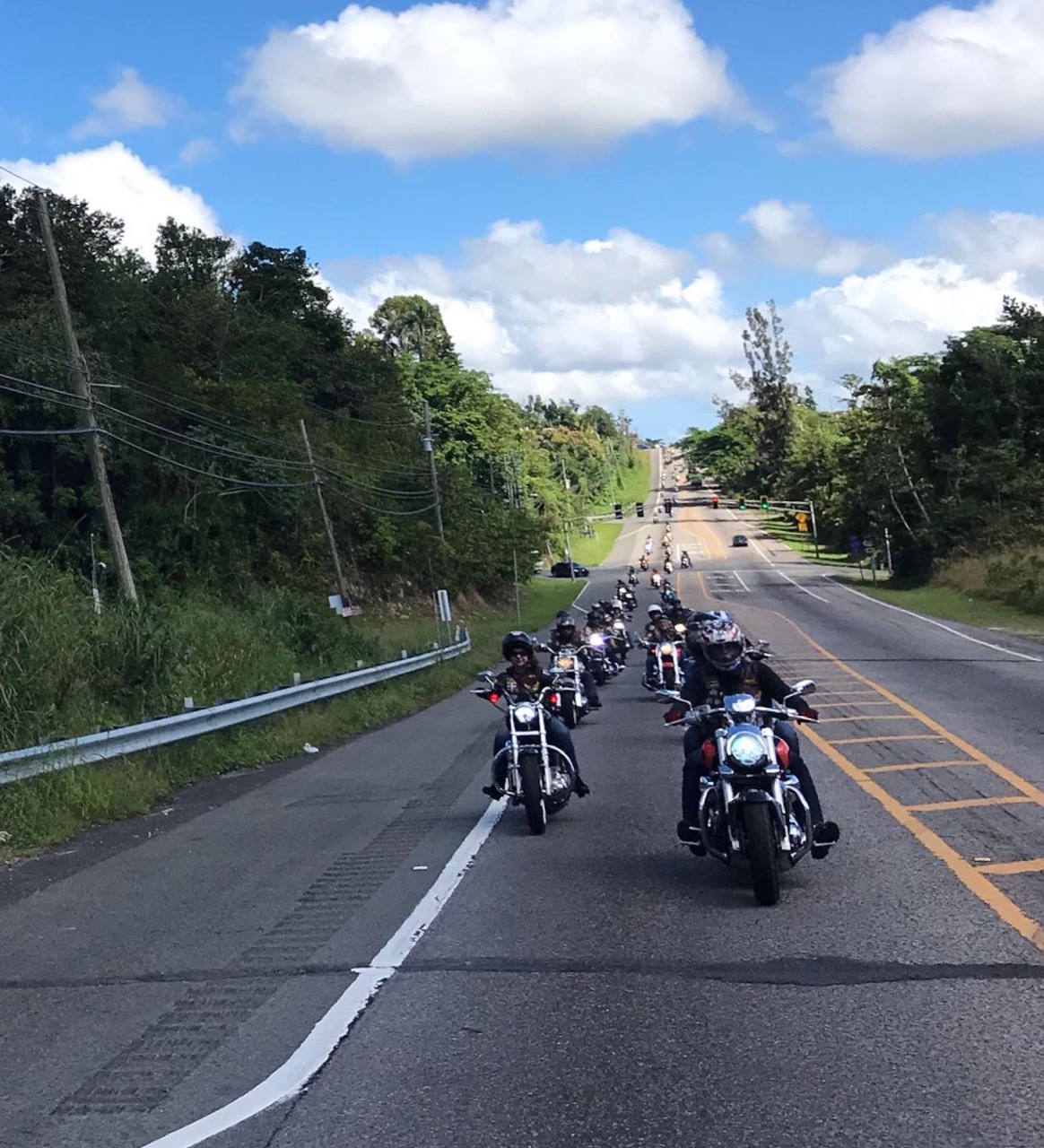