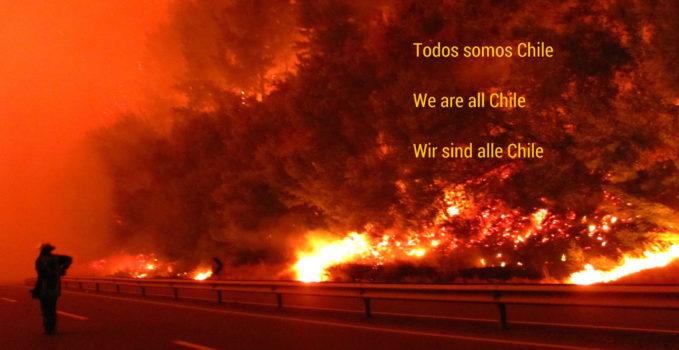 Posted On 2017-03-01 In Covenant solidarity, Schoenstatt - Reaching out

CHILE/INTERNATIONAL, Maria Fischer with material from www.schoenstatt.cl and National Secretary of the Schoenstatt Movement in Chile •

Schoenstatt International supports us! On 17 February, an article with this title appeared on the national Chilean Schoenstatt website, referring to a call to action in covenant solidarity published on schoenstatt.org on 26 January and 4 February.

Schoenstatt International has not remained indifferent to the suffering of so many Chileans affected by the forest wildfires that have affected our country for so many days.

The www.schoenstatt.org website team (communication project that works at the service of the international life of the Schoenstatt Family), has not only offered their prayers and capital of grace for us in a very generous and proactive manner.

It has also placed a tool at our disposal for people or businesses from all parts of the world to make their donations in an easy and expeditious manner.

We are grateful to the entire schoenstatt.org team for their goodwill, empathy, and collaboration, and we invite Schoenstatt throughout the world to collaborate with the victims of our country. 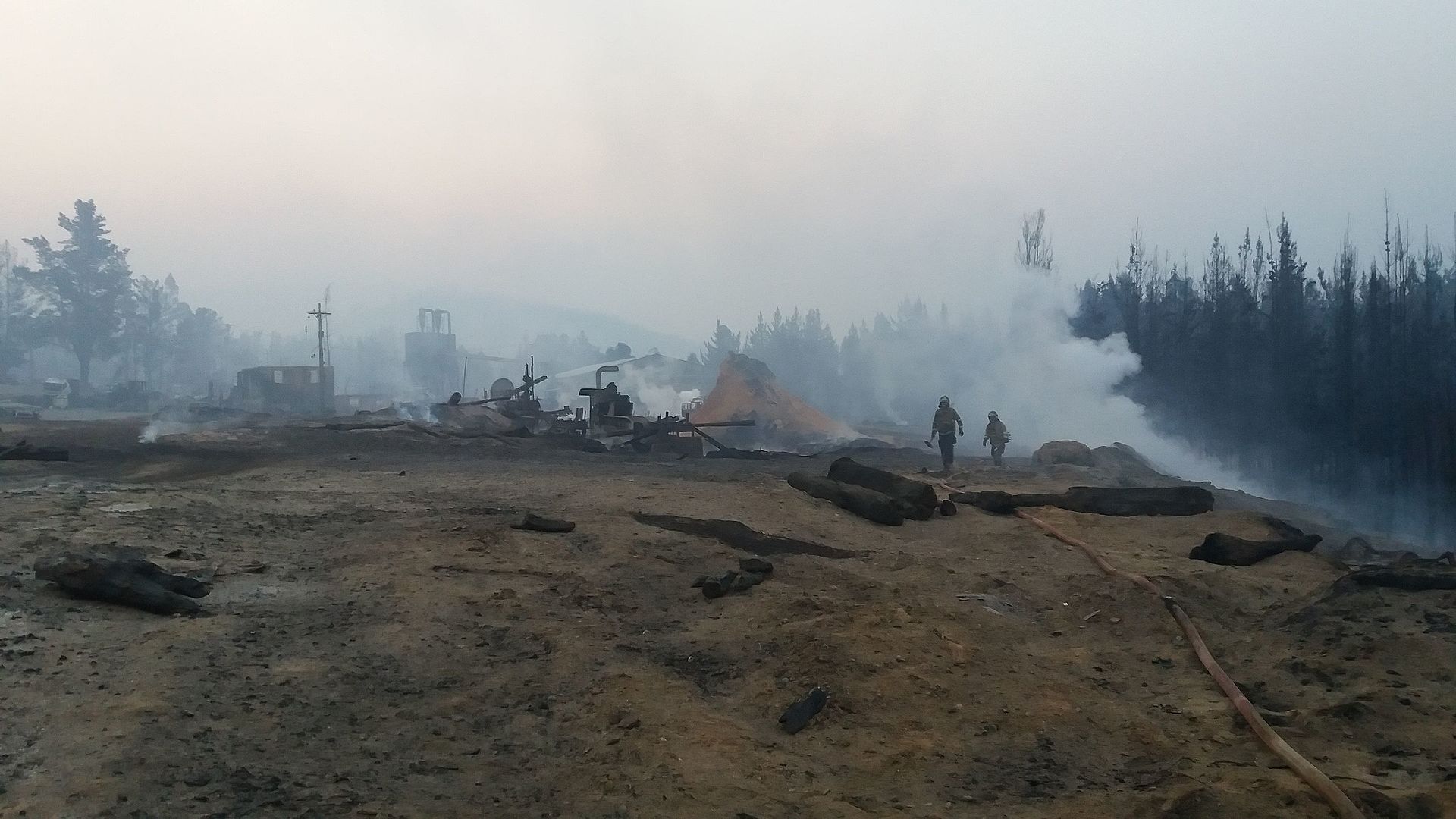 The fires were extinguished, yet the damage remains

The first donation, from Spain, arrived in less than an hour, after the article’s publication. There was much prayer and capital of grace. At the Shrine of “all of us” in Rome Belmonte, Fr. Marcelo Cervi took the jar from Bellavista, Chile to the Shrine, where it was also present in the festive Mass celebrated on 2 February, the Feast of the Presentation of the Child Jesus in the Temple, and the anniversary of Fr. Kentenich’s third visit to Belmonte’s grounds.

Sometimes the catastrophes only disappear from the news because new, more interesting catastrophes arrive. But it is true – the fires were extinguished.

In an email to the Schoenstatt Family of Chile, María Isabel Banfi, National Secretary of the Schoenstatt Movement in Chile, shares schoenstatt.org’s article and that of other allies outside the country:

Thank God, the emergency of the forest wildfires has ended. The fires were extinguished and the anguish we experienced has eased.

Now we begin a new stage, perhaps less frantic, but which should likewise keep us busy. Many compatriots have lost their homes, sources of work, social headquarters, chapels, etc. consequently, they face a difficult 2017 and we cannot remain indifferent.

For this reason, I am sending current information about the different campaigns, which continue to support our affected brothers/sisters, at the national and international level, and by the different local Schoenstatt Families.

We would appreciate that this information be sent to all the members of the Schoenstatt Family so that they may also spread it among their acquaintances in Chile and abroad.” 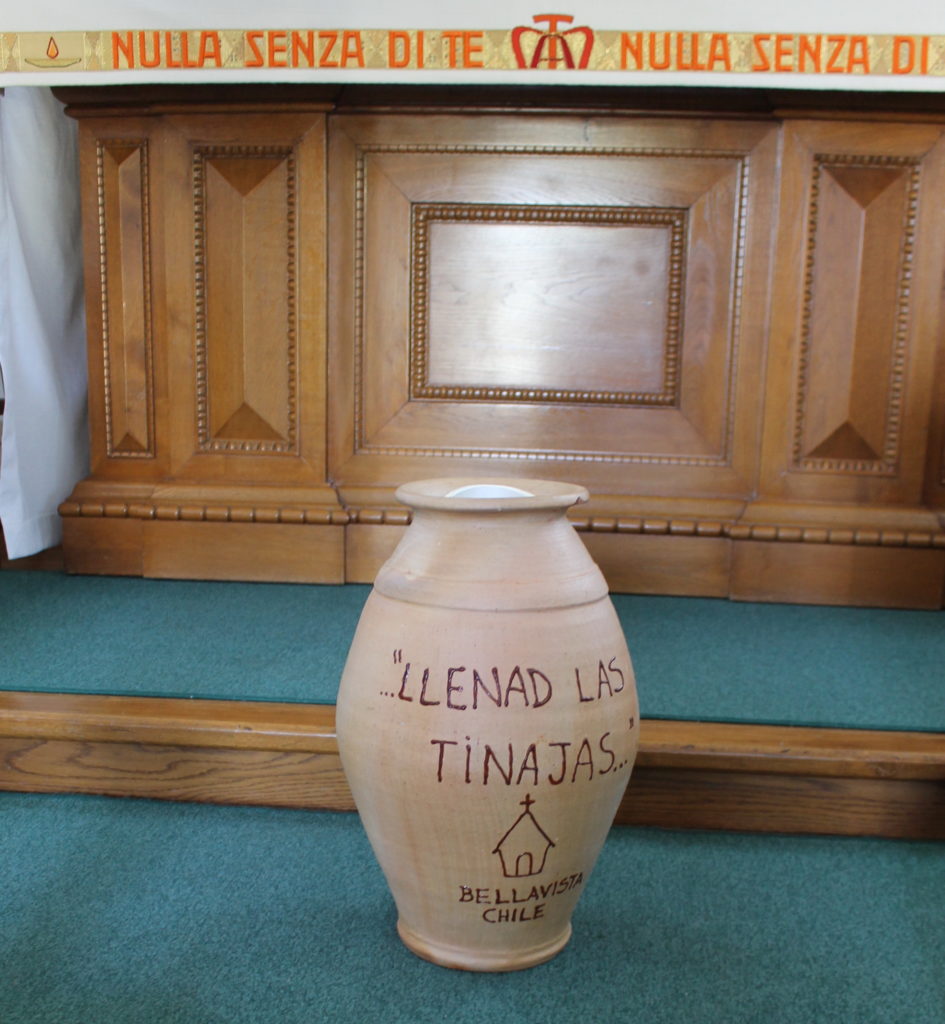 Chile’s jar is still in the Belmonte Shrine

Chile is very grateful for the international solidarity they experienced during those days. Now the subject has disappeared from the media. But it has not disappeared within the Schoenstatt in solidarity that we are. Nor do we remain indifferent before the wildfires in so many countries of the southern hemisphere.

Chile’s jar is still in the Belmonte Shrine in Rome.

The prayers and contributions to the capital of grace continue.

We once again offer the tools for online donations to show with deeds that we really love our Chilean brothers/sisters, in their effort to ease the pain of so many victims.

Most probably we cannot offer enough to rebuild a house, a church or a school… however it is enough to rebuild faith, confidence, and the strength to continue to go forward. Let us not leave our brothers/sisters alone.

The article published on www.schoenstatt.cl refers to this article on schoenstatt.org:

Chile in flames: in solidarity may we offer generous hearts and helping hands