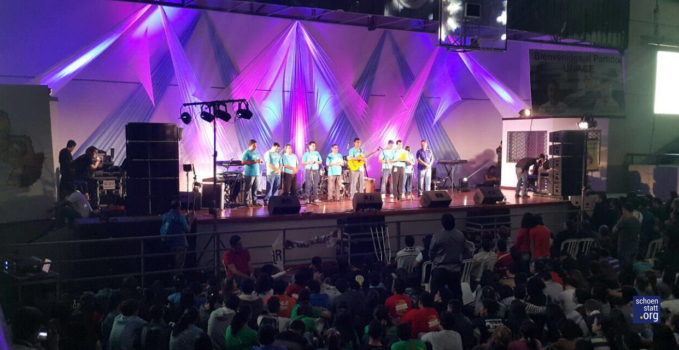 The Rosary of Brave Men members were so excited that the event’s first photos to the participants of the Kentenich Communication Workshop and to editorial team of schoenstatt.org began arriving during the concert.  To the amazed recipients’ request: “Tell us more, Alfredo, for schoenstatt.org!”  The reply was:  “We are in the middle of the concert; we still have to pray two mysteries.  We will send more photos and comments later…”

This happened on Sunday, 24 July, during the Singing for Mercy Festival with Martín Valverde, a composer from Costa Rica, at the UNACE Cultural Center of San Lorenzo. 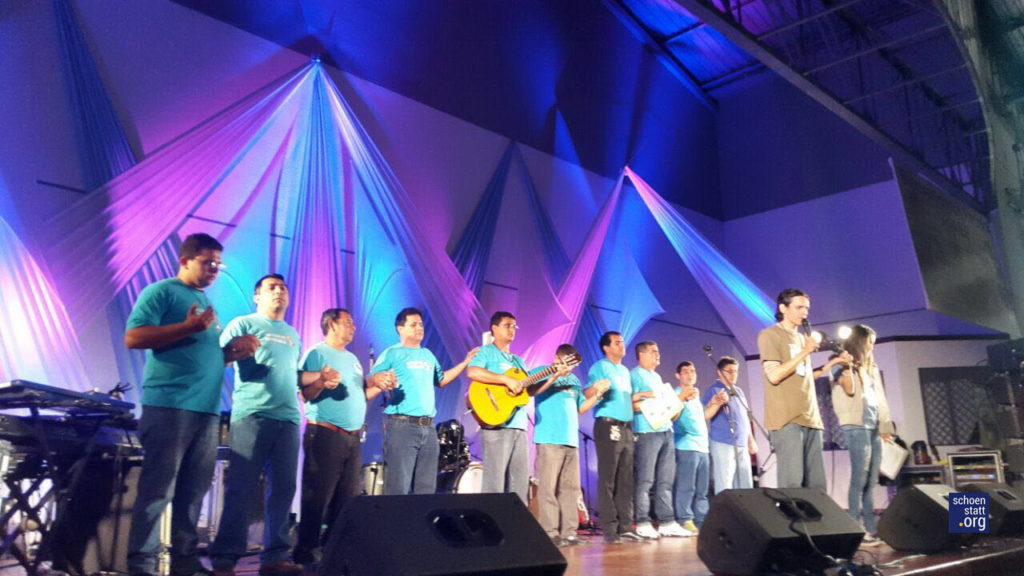 Martín Valverde came to Paraguay to participate in the Singing for Mercy Festival, held on Friday, 22 July at the Ciudad del Este Area 4 Social Club, and on Saturday, 23 July, at the Unace Cultural Center of San Lorenzo.  Martín Valverde was born in San José, Costa Rica, on 19 January 1963.  He studied at the Don Bosco Salesian School, the Classical Guitar School of San José and at the University of Costa Rica Conservatory.  In 1981, he began to compose songs with messages and values of faith.  Through his music and concerts, he toured several Latin American countries, the United States, Canada, Russia, Israel and part of Europe.  Moreover, he has productions in Portuguese, Italian, English and of course Spanish.  Part of the proceeds will go to the social work that Our Lady of Fatima Parish from Presidente Franco supports and to the Mary, Mother of God Rehabilitation Center.

Before Martín Valverde’s concert, the Brave Men wearing their blue t-shirts, and carrying a large picture of the Blessed Mother were onstage livening up the place with their prayers and songs.

They happily and proudly shared that what filled them with joy was:  “The Mother and Queen was featured before two thousand people with the help of the Rosary of Brave Men.” 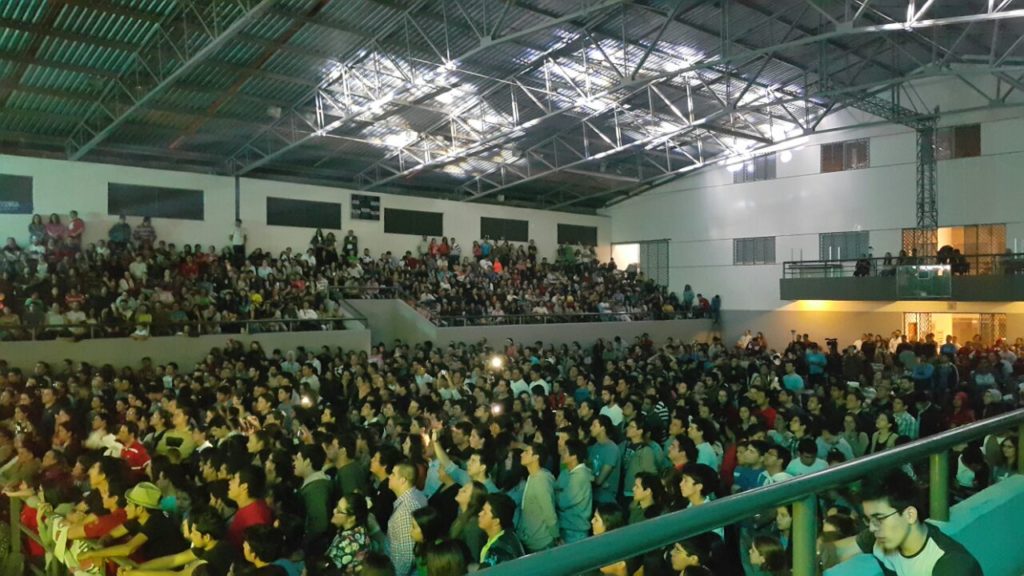 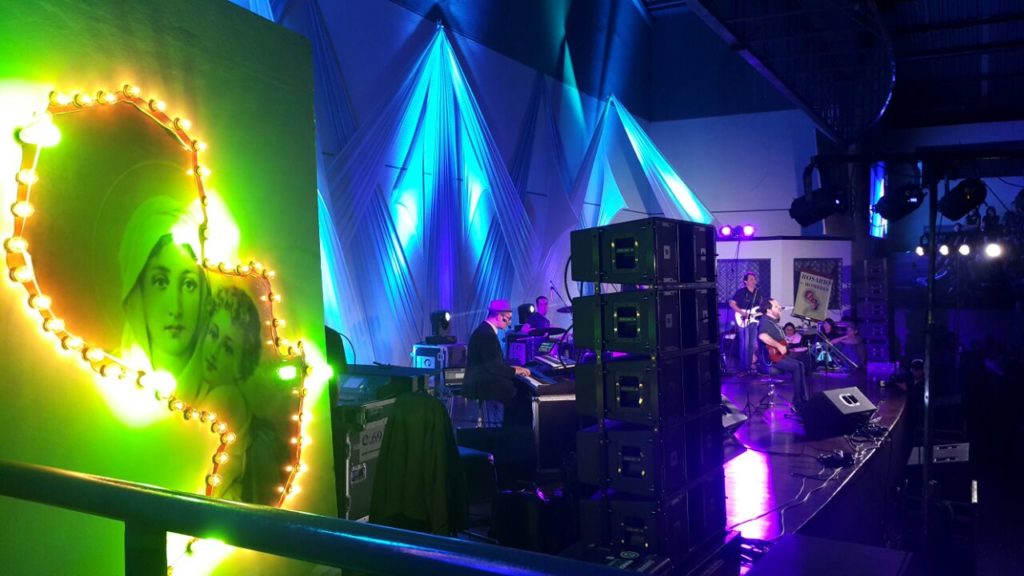 Just now the joy of work gets a whole new meaning