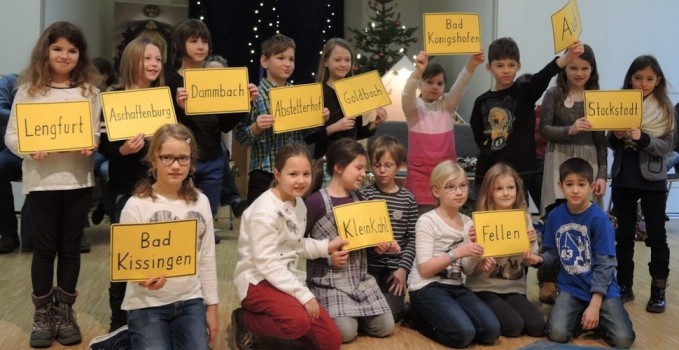 Retreat for children preparing for their First Communion

This year, another retreat was held for families with children preparing for First Communion at Marienhöhe , Würzburg with the motto: “Jesus loves you!” Right from the start upon arriving in Würzburg, the participants’ places of origin in the diocese were made known by the many signs posted with the names of their cities. Families arrived from everywhere with their children to take the opportunity to prepare for the next celebration in a pleasant atmosphere.

Straight from the heart

First, they had to guess different sayings about the subject of the heart, and then the story of the Little Prince was told as a symbol of the parents’ love for their children and the children’s love for their parents. Then the parents’ painting talent was demonstrated, since they drew their child, who was preparing for their First Communion, on a large poster and then wrote his/her good traits. The children felt loved with this positive feedback, and they could prepare for a trip of discovery. Therefore they learned the different elements that are a part of the Mass, but most of all, about the relationship of these elements to their own life.

Meanwhile, the parents were not idle. After coffee, Fr. Bernhard Schneider introduced them to the Holy Mass as something intimate and vital. Then they separated into groups for men and women to discuss the impulses and impressions – this was the first time it was done this way instead of meeting as couples. 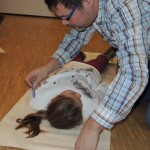 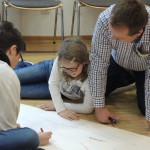 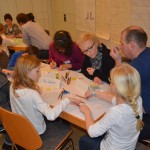 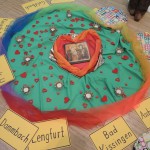 Time for each other

After lunch, the children and their parents experienced how enriching it was to take time for Jesus. Concrete possibilities and signs were presented and how they could be practiced in daily life. They began with the parents’ blessing to saying grace at the table. However, they also took time for one another to learn about each other’s life through the handicrafts that followed. They made a memory game as a family with concepts about First Communion. 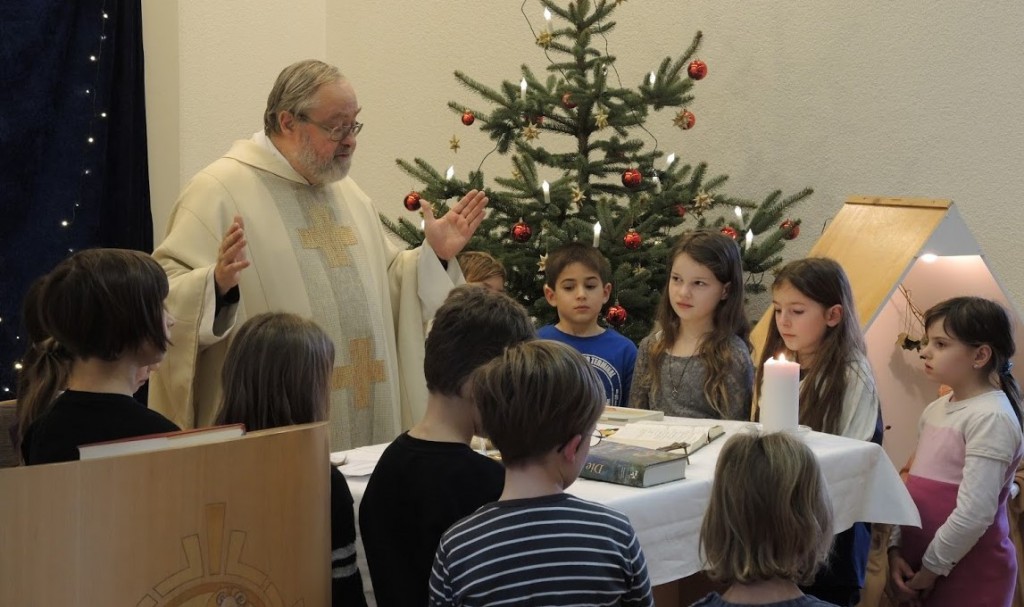 A lively Holy Mass with a surprise

During the family Mass, which ended with a family blessing, they once again expressed their impressions of the even-filled day. All the elements that the children and the parents learned in the morning were experienced during the Mass in a vital way. At the end, there was another surprise for everyone at the shrine – which was appropriate for the day: a bag of heart shaped cookies, cookies shaped like the shrine and a souvenir holy card of Jesus as a friend.

Thus the day ended for the children preparing for their First Communion and for their parents in addition to an enjoyable time with coffee and cakes. 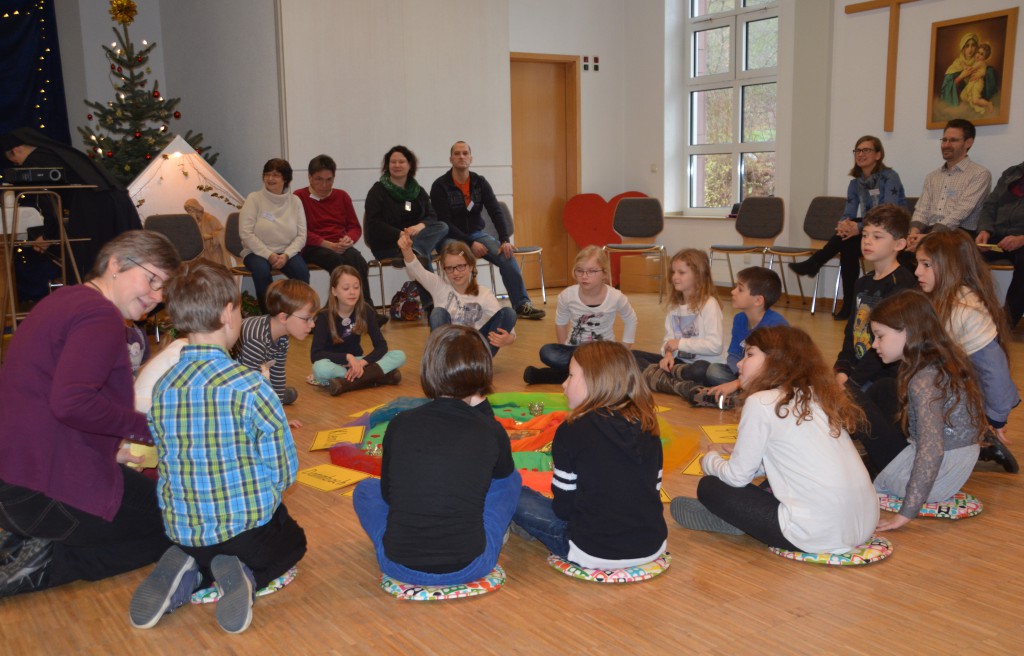