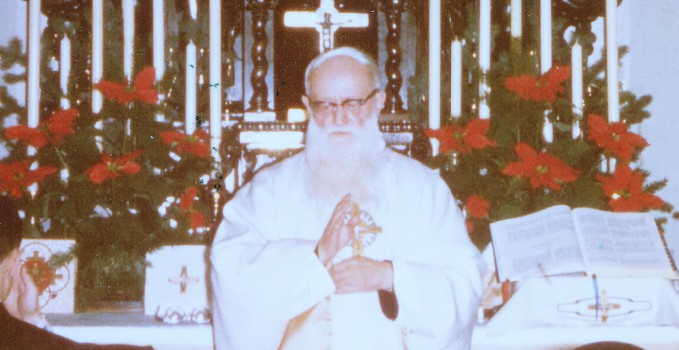 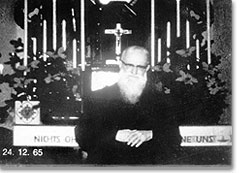 This December 24, 2015, it is 50 years since Father Kentenich returned to his and our Original Shrine, after 14 long years of exile in Milwaukee.

It was a long time of waiting that ended that 24th of December, after several weeks in Rome until the decree finally arrived on the 22nd of October, freeing Father Kentenich of all the restrictions of the Holy See, that set ( or better said imposed) his place of residence, his contact with the Movement, all of his work as Founder. During the days he was in Rome Father Kentenich’s 80th birthday was celebrated, the cornerstone of the future Matri Ecclesiae Shrine was symbolically blessed, and the question arose again in Rome, in Schoenstatt and in all the world: Will Father Kentenich return to Schoenstatt, and to his Original Shrine? Will he return for Christmas? The morning of the 24th of December, literally at the last minute, the news spread like wild fire through all of Shoenstatt in the midst of the preparation for Christmas: “Father will return! He arrives today! The most desired thing had been realized, the Miracle of the Holy Night!” All the Christmas preparations were left aside, there were telephone chains to give notice and in just a few hours hundreds of Schoenstatters had received the great news. Many families asked grandparents and neighbors to take care of their children, and they started out toward the Frankfurt airport or to Schoenstatt…to wait for Father, many only knew him through photographs and through the testimony of other persons. 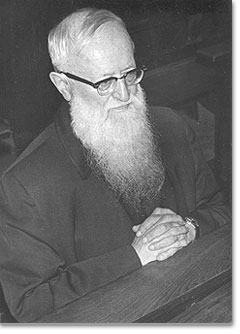 In one of the most famous photographs of Father Kentenich, Father is seen kneeling in the Original Shrine in profound prayer, after 14 years…This photograph was taken by Mr. Blank, Brother of Mary, who – camera in hand – was close to the Original Shrine. Since he could not enter, he went to a window that faces the tomb of heroes, he cracked it open, he stood on tiptoes, he raised the camera and without seeing anything he took the photograph…Thanks to him and his filial “boldness” we have this photo of that dialogue of Father with his Queen on that Christmas Eve. It is Father, speaking to her; that just as that 18th of October surely she spoke to him about this family also, and of those who one day would form part of the family, sharing the mission she entrusted to Father…After the silent meeting in the Original Shrine, Father greeted hundreds of Schoenstatters from all the branches and communities, who had rushed to Schoenstatt to welcome him, in a classroom of Marian School of the Sisters of Mary. The Sisters intoned Handel’s “Alleluia” with great happiness and emotion that even now, 40 years later, when this song is heart many relive the joy of the moment of that Christmas Eve with tears of joy in which Father spoke to them as if those 14 years had never existed, recognizing people he had not seen in 14 years, asking them about things that they had told him during some conversation with him, that they themselves hardly remembered. He greeted persons that he only knew from the letters they had written to him and he also perfectly remembered what they had shared in those letters. When Father spoke to his family he did not mention the years that had passed, rather, he spoke to them about the mission that they should undertake together as a sign of eternal gratitude to the MTA.

That night of grace ended with the Christmas celebration, which became more of a reality on that occasion. At midnight, Father celebrated the two Christmas Masses (according to the pre-conciliar rite) in the Original Shrine, the new Bethlehem.

It was the last time that he was in the Original Shrine. It was not ours, then. Fifty years later we still struggle to really understand that it is ours, our place of grace, the most precious place in the world… 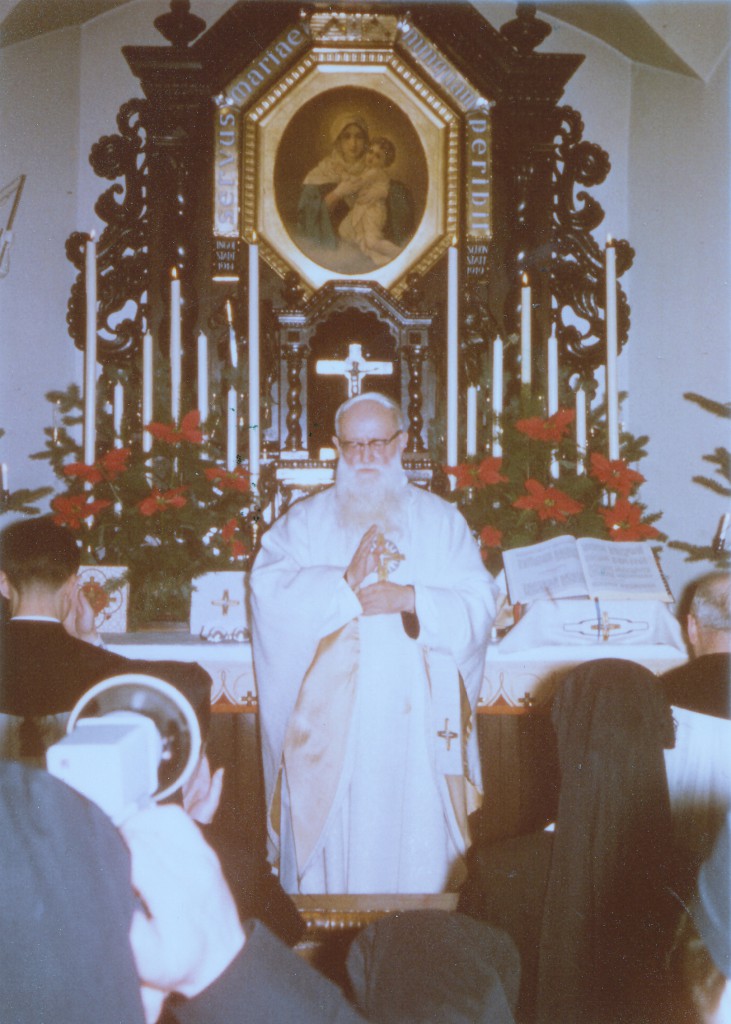