The book, “She is My Mother:” Pope Francis’ encounters with Mary, is now available in Spanish 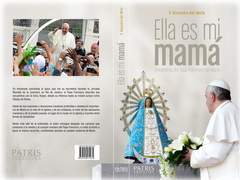 ARGENTINA, Monina Crivelli/mda. Father Alexandre Awi de Mello, the National Director of the Schoenstatt Movement in Brazil, has a book, a best seller and a treasure, already in its third edition that has been released in Portuguese. Edicoes Loyola edited the book about Pope Francis’ encounters with Mary. It contains the Holy Father’s testimonies about his love of Mary – “his mother” – gathered during a long interview – that was more an encounter – complemented perhaps by the most complete collection of Pope Francis’ Marian prayers. “I asked several publishers if they were interested in an English edition,” Father Alexandre related during a chance encounter at the Audience Hall door in Rome, shortly before the encounter of the Schoenstatt Family with Francis. “There was no interest; they commented that there is already so much…” Editorial Patris Argentina now has published the Spanish edition, which was presented in Buenos Aires, and Córdoba in presence of the author, almost immediately after the Jubilee celebration in Rome. 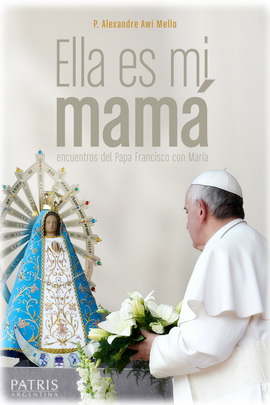 At the presentation of the book in Buenos Aires, Father Alexandre particularly told about his four enounters with the Pope.

The first was when, by coincidence, he was able to go to Aparecida since another priest, who had been assigned, was unable to go, so Father Sidney asked him to go to translate. At first he did not participate in anything, he only translated, but finally they gave him a recommendation. When the editorial commission was designated, Cardinal Bergoglio was chosen as president for his ability, and he was chosen as a member. He says that he was very impressed how Cardinal Bergoglio consulted everything with him before the final draft, and from this, a bond emerged between them. In his opinion, he was impressed by his wisdom, his humility, and his dealings with others, everything that we see now in the Pope.

We remained in contact; he wrote to him, and the then Cardinal wrote him a personal letter to the Nunciature. But he did not want to bother him any more, so he left it at that. When he was named Pope, he thought, “I have a personal letter that I have not answered!” He immediately wrote to congratulate him, and to his surprise, the Pope responded personally.

The encounter in Rome

Afterward he related about the suggestion of the book, as for the encounter, he says that they talked about everything, and when the time was over, Francis invited him to pray the Angelus with him. Then he asked him if he would like and if he had time to see the Vatican Palace. Before the “protocol” explanations of the Swiss Guards, he told him: “Did you see where they wanted to lock me up?” When they returned by car, the Pope asked him if he had any concerns, and they continued to talk. In other words, he spent a lot of time with him. And the most important thing that he told Father Alexandre about “mariology” is the phrase, which is the title of the book.

He also related that during the encounter for the book, Francis told what had happened with the picture of Our Lady of Knots, that he brought to Argentina, and that is now a very popular devotion. He never was at the church where it was originally venerated; but rather, that he liked this image of the Virgin (high praise indeed!) he was sent in a Christmas card! 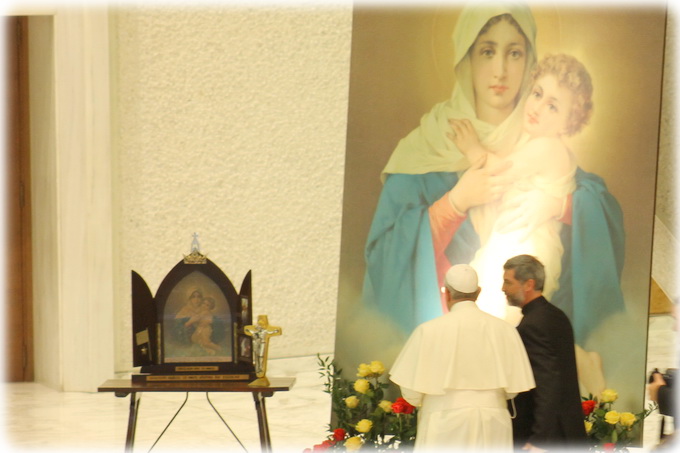 Before starting the book, there was an encounter at WYD in Brazil. Father Alexandre was completely occupied with JUMAS, (University Boys’ Group) when the Nuncio personally called him and told him: “The Pope wants you to be his translator.” Father Alexandre explained that he was very busy, to which the Nuncio re-emphasized: “I don’t know if you understood, the POPE wants you to be his translator.” Therefore he left everything, and he began to get more involved with the details of the World Youth Day. He lived at the same residence as the Pope, he stayed in the room beside his, and he participated in everything with him, breakfast at his table, etc. In reality, he was more of a secretary than a translator. The Pope even asked him what he thought about every conference. When Father Alexandre asked him if what he told the bishops was too strong, Francis answered: “No! It was perfect!” he related laughing heartily.

The Pope gave him many things, which Father Alexandre “re-gifted,” and subsequently he realized he had not brought the Pope a gift. He had been given a picture of the MTA, a Pilgrim MTA and something else for the Pope to bless, and that night he looked steadily at the Pilgrim MTA, and then knew that this would be his gift! When he went to see about the book, he was enormously surprised to see it on the Pope’s night stand in Santa Marta!

As for the letters, he says that Francis always treated him and treats him like a brother, and he “fraternally” bids him farewell, like any other.

In the Jubilee Audience 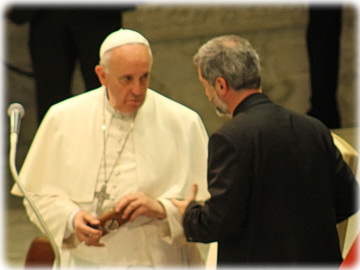 When the Jubilee was celebrated, Fr. Alexandre had a great desire to see Francis, so this time, he informed the Pope he was in Germany and then he would go to Rome. He offered himself to the Pope and obviously Francis gladly welcomed him! He said that Francis knows very little about Schoenstatt, that is the truth, but he knows about many Schoenstatters and what they do… The Pope also told Fr. Alexandre of his encounter with the Fathers in Buenos Aires in February, a week before his departure to the conclave.

He did not say much more because he said we had all seen and heard the Pope. But nothing takes away the joy of the encounter, and it is noticeable! He is “in love” with the Pope, he is his “hero” and the Pope loves him. In regard to his thesis, he says that his vision of theology has changed a lot, because in the Pope, there is more life than concepts; there is testimony.

The dedication that Father Alexandre wrote in the book that he gave one of the authors of the article states: “May Pope Francis’ testimony strengthen your love of the Blessed Mother even more…” Nothing more has to be said.

Bibliography information and how to obtain the book

In Argentina it is available in all the religious bookstores: Ágape, San Pablo, Verbo Divino, Claretiana, and moreover in the bookstores at the Schoenstatt Shrines in Argentina and Paraguay.

Editorial Nueva Patris Chile has a commercial license and it offers it in Chile and other countries. They will also publish it as an E-Book.

LBookstores interested in selling the book can order (minimum of 10) in the usual way at Editorial Patris Argentina, patrisargentina@gmail.com or Editorial Nueva Patris, Chile, gerencia@patris.cl 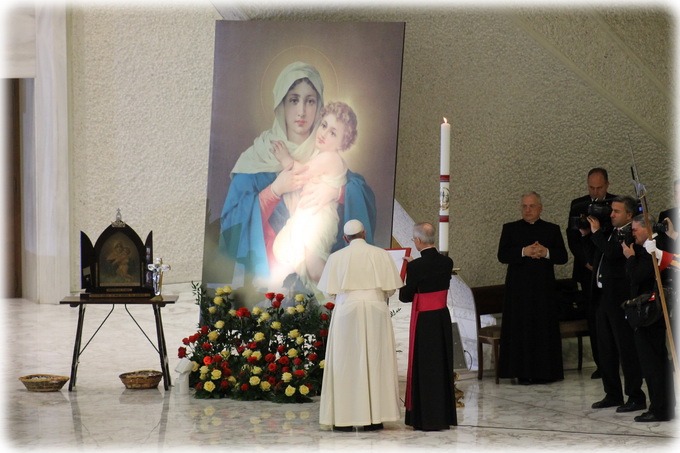