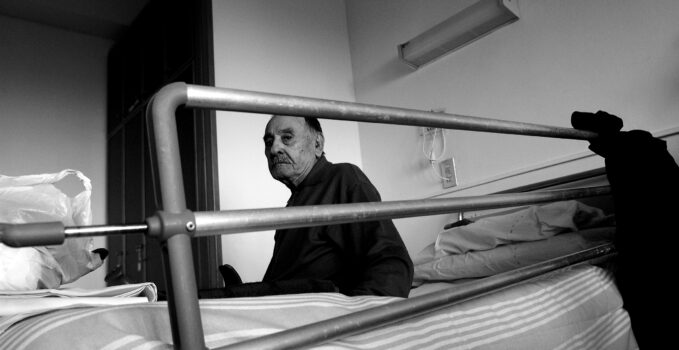 Posted On 2020-05-23 In Church - Francis - Movements, Covenant Solidarity in Times of Coronavirus

INITIATIVES IN TIMES OF PANDEMIA, initiated by the Community of Sant’Egidio –

Thousands of people from different European countries have shared the appeal promoted by the Community of Sant’Egidio. The first signatory is Andrea Riccardi, together with a group of personalities who express, in a different way, European culture. An appeal that quite obviously finds strong resonance among those who are worried about the situation of elderly citizens in these times of pademic.—

This appeal comes from a concern of the Community of Sant’Egidio for the future of our societies – emerged over recent days during the coronavirus crisis – it has been translated into different languages and spread today at international level (see the first signatories below).

It is addressed to all, citizens and institutions, for a decisive change of mentality leading to new initiatives, both health and social, towards the elderly.

THERE IS NO FUTURE WITHOUT THE ELDERLY

Appeal to re-humanize our societies.

No to a selective healthcare system

No to a “Culture of Waste”

In the Covid-19 pandemic, in many European countries and elsewhere, the elderly are in danger. The dramatic numbers of deaths in institutions make us shudder.

There will be much to review in public health systems and in the good practices needed to reach and treat everyone effectively, to overcome institutionalisation. However, we are particularly concerned about the sad stories of the massacres of elderly people in institutions. None of this would have happened if the idea that it is possible to sacrifice their lives for the benefit of others were not gaining ground. It is what Pope Francis calls the “culture of waste” which takes away the right of the elderly to be considered people, but only a number and in some cases not even that.

In numerous countries that are faced with the need for care, a dangerous model is emerging that favors “selective health care”, which considers the life of the elderly as residual. Their greater vulnerability, the advancing years, the possible other pathologies they carry, would justify a form of “choice” in favor of the youngest and healthiest.

Resignation to such an outcome is humanly and juridically unacceptable.  It is also so in a religious vision of life but also in the human rights and in medical ethics. No “state of necessity” that legitimizes or codifies exceptions to these principles can be accepted. The thesis that a shorter life expectancy leads to a “legal” decrease in its value is, from a legal point of view, barbaric. The fact that this is done through an imposition (by the State or health authorities) outside the person’s own will represents a further intolerable expropriation of the rights of the individual. 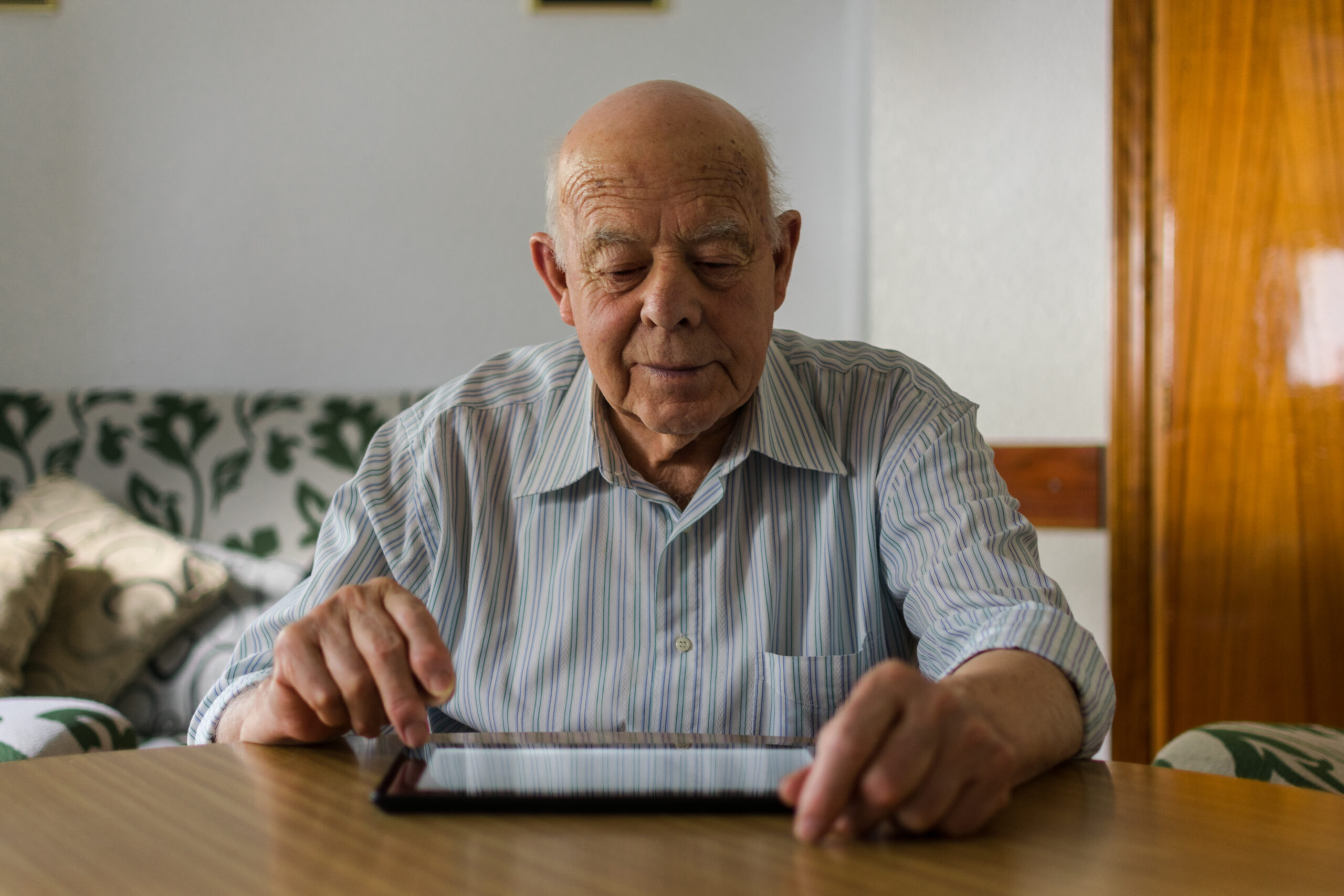 The phase of Life Wisdom

The contribution of the elderly continues to be the subject of important reflection in all civilizations, and it is fundamental in the social fabric of solidarity between generations. The generation that fought against dictatorships, struggled for reconstruction after the war and built Europe cannot be left to die. Fruit of a utilitarian mentality, the acceptance of the “early” death of the elderly creates a hypothecation on the future, dividing society into age groups and introducing the dangerous principle of their inequality.

We believe that the principles of equal treatment and the universal right to care, which have been achieved over the centuries, must be strongly reaffirmed. It is time to devote all necessary resources to safeguarding the greatest number of lives and humanizing access to care for all. The value of life should remain the same for all. Those who depreciate the fragile and weakest life of the elderly are preparing to devalue life altogether.

With this appeal we express our sorrow and grave concern at the too many deaths of older people in recent months and we hope for a moral uprising to change the direction of care for the elderly, so that especially the most vulnerable will never be considered a burden or, worse, useless.

Andrea Riccardi, Historian, Founder of the Community of Sant’Egidio 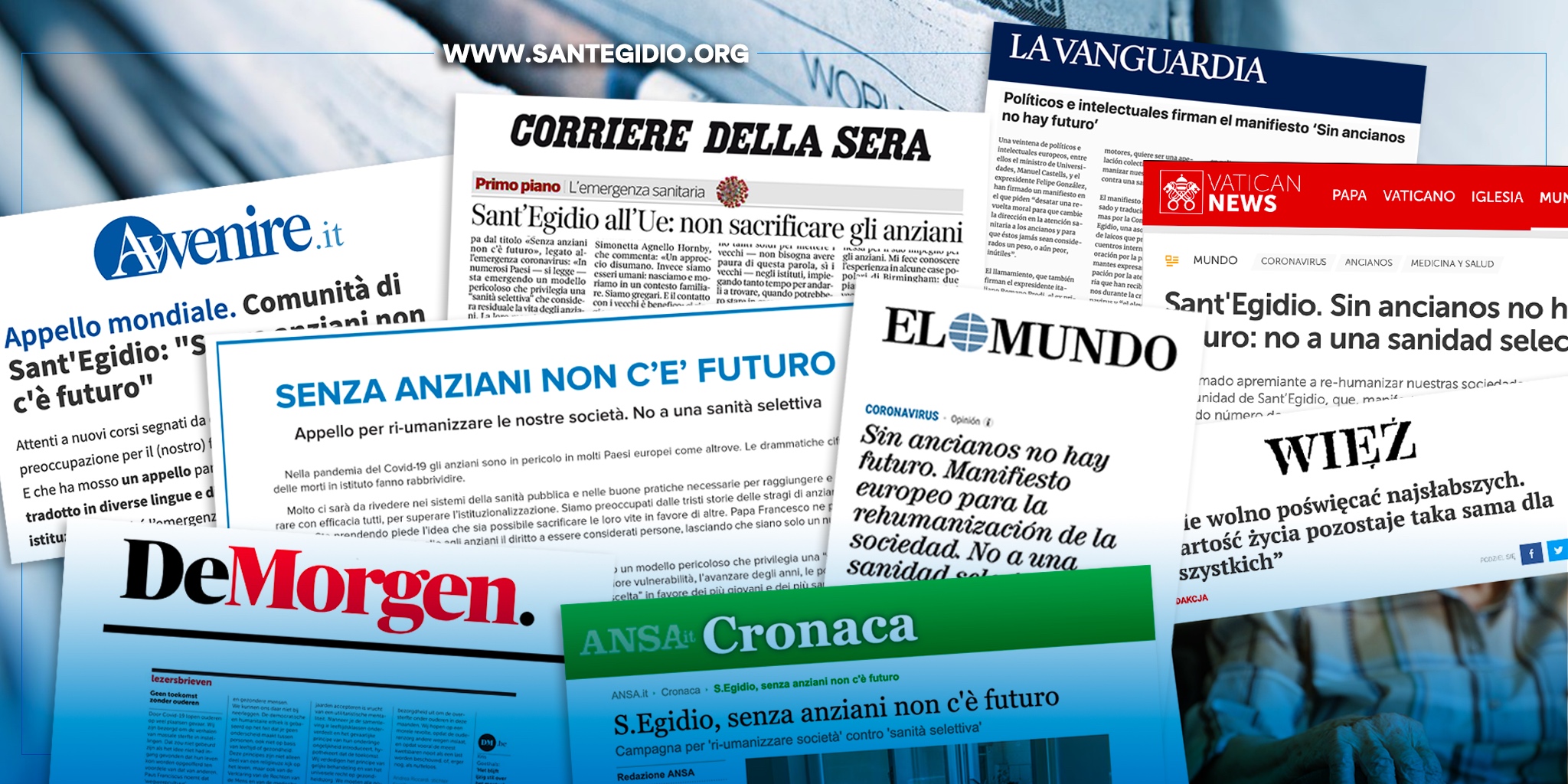