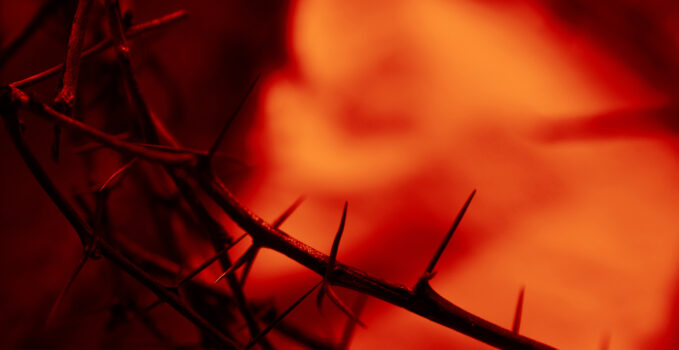 I begin this column by recognizing that it has not been easy for me to join the crowning current that has seemed to mobilize the Schoenstatt Family in Chile for some years.  There are many reasons, but I could summarize them in three.—

It seemed to me that the concern to return the crown stolen from the Shrine of Bellavista on January 18th, in the midst of Pope Francis’ visit to the country, was – to say it in plain language – nonsense. The Church in Chile and Schoenstatt in Chile were experiencing the greatest crisis in our history, a crisis in which the innocence of the most vulnerable was trampled on and which required strong gestures of recognition and forgiveness, so it was not appropriate to worry about making amends for this criminal act.

As significant as the symbol that was taken away was, it only merited a little anger and discouragement. We had enough symbols for May 31st.

My disaffection with this impulse to be crowned was due to the fact that it was against another current that was beginning to emerge strongly and to which I joined with enthusiasm, as it was the “Schoenstatt reaching out”.  I had felt for some time that our Movement had to overcome certain self-absorption and end this frenzy of celebrating and commemorating each event of the past, to advance strongly in the installation of the Schoenstatt message in the world that was developing.

Practical faith in Divine Providence should impel us to be in tune with the present time, not with the past. To restore a crown that Father Joseph Kentenich had placed in 1949 seemed to me, to be celebrating the 70th Anniversary of the mission by looking at ourselves in the mirror at home.

In the third place,

My distrust was due to certain skepticism against the merely pious currents that seem to be so well received in the Schoenstatt Family. If we look at the great currents of life post mortem fundatoris, such as the Pilgrim MTA, the Early Risers, the home shrines, and the current of union with the Father and Founder, these tend to stand out for their religious loyalty.

However, it is worth asking about the insufficiency of currents of intellectual, cultural, moral and social renewal. There are no Schoenstatt schools of thought capable of shaping the pedagogical or psychological praxis (how much could be contributed in this field!), and social initiatives such as María Ayuda or the FORTA program of marriage accompaniment are rather scarce.  For Joseph Kentenich, Schoenstatt is certainly a movement of religious renewal, but also of transformation of the world, in terms of what it has of the world. Why is it so difficult for us to tune in to or assume these currents of secular renewal?  Perhaps precisely because of the costs that this implies. 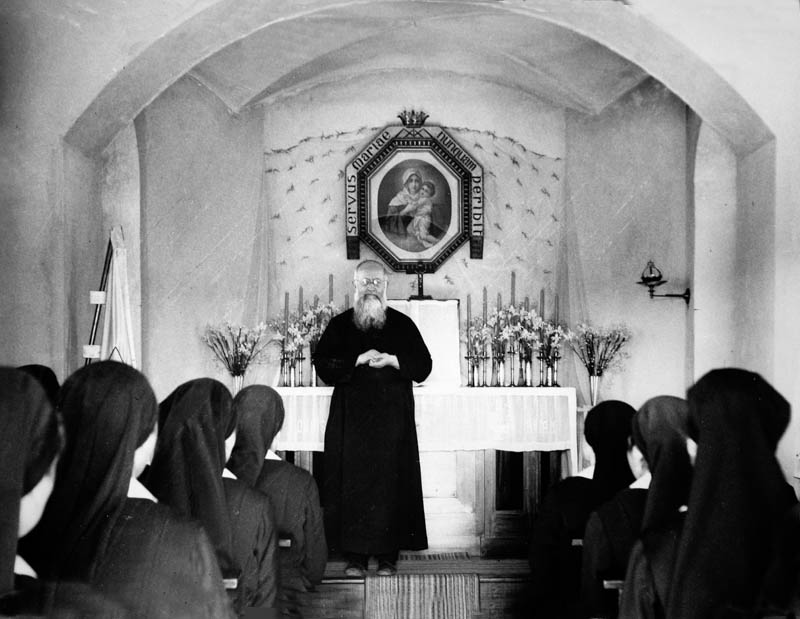 “In the crown, our conversion for the mission!”

However, the events of recent months, the social crisis experienced in Chile, but especially the global pandemic, have gradually changed my perception.  Probably because it has shown – as many have noted – the enormous human fragility, and the urgent need to take shelter in the power of God and the protection of the Virgin Mary. But also because I have found it tremendously enlightening that the organizing committee for the coronation on May 31st has connected the coronation with the sense of conversion.  “In the crown, our conversion for the mission!”

In fact, this crown invites us not only to implore divine intervention, but to open ourselves to the transforming power of grace.  Along these lines, I dare to point out three features that should be taken into consideration for this time, so that this is not just another crowning or, at worst, a new stage rite of intimate devotion.

In the first place,

we must remember that the coronation is, above all, an acknowledgement of our weakness. But not of our generic weakness because of our condition as a creature – that is very philosophical or theoretical – rather it is recognition of what concrete omissions and sins have eclipsed the luminous charisma of Schoenstatt.

“What is not assumed is not redeemed,” Fr. Kentenich used to repeat, citing St. Irenaeus. The crisis of the Church is not unrelated to Schoenstatt; the crisis of the Chilean Church owes much to the infidelity to the mission of May 31st (paternity and bonds). And the same social outburst should not be separated from the Chilean Movement either, since it owes much to the indolence of us, the laity.

In the second place,

we must notice that the crown of the Christian is above all that of thorns. We cannot expect that after this crowning act things will magically change, that we will regain our health, that the movement will imprint its stamp on society or that our desires will materialize.

Perhaps we can only hope for a slow and silent fertility for our sacrifices on the cross. In fact, I am convinced that if we can show God something in this history of more than 70 years, it is the pain of so many who have offered their illness or their anguish quietly and who have been able to take on their apostolic failures or family frustrations without victimhood, trusting that God himself was crowning them.  Thus, the crown of May 3st should be fused with the cancer of Mario, the illness of Fr. Hernan, the paternal pain of Cedric Moeller, as well as the loving sacrifice of so many religious and lay people who give testimony of the “middle class of sanctity”, that sanctity of daily constancy that Pope Francis rescues.

In third and last place,

I think it is fundamental to remember that this coronation will materialize in the feast of Pentecost.  That means that the time that follows must be characterized by daring, by leaps in faith, because as Benedict XVI said: “The sign of the presence of the Spirit is the absence of fear”.

We must advance in a Schoenstatt without fear, outside of the comfort zone or beyond the sweet talk about solidarity.

I would dare to say that this is the first major conversion. A Schoenstatt that dares to provide creative answers before the new challenges, or better yet, to take the steps that make those answers possible.

Each one knows what their fears are which impede a new social order: for some it may be not daring to reduce their level of expenses and salary in view of keeping their workers’ jobs, for others it may be not venturing to enlarge the family, for a young Schoenstatter fear may be preventing him from committing himself to the discredited politics, for an older one fear may be rejecting the loss of autonomy as his most precious capital of grace. “Do not be afraid to welcome Christ and to accept his power,” were the words of St. John Paul II at the beginning of his pontificate. We could say something similar to the Blessed Virgin Mary.

Are we ready to make her Queen under these conditions? Asking oneself this question is fundamental before a new coronation. 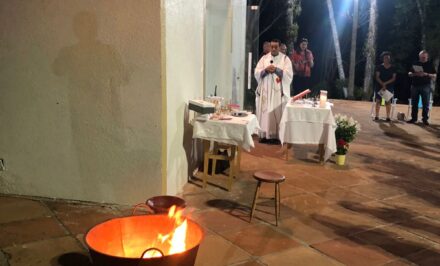