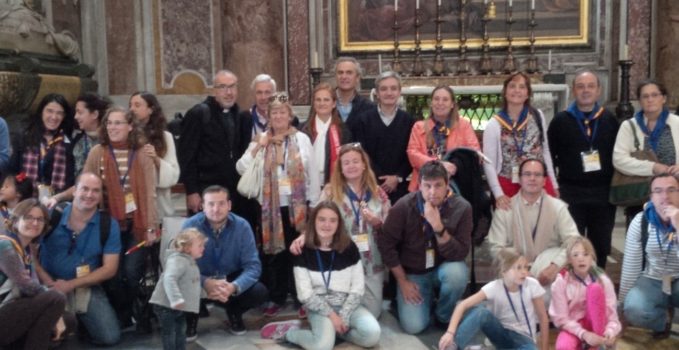 Posted On 2018-10-27 In Church - Francis - Movements, Covenant solidarity with Francis

Let’s support Francis after four years of Covenant with him

It was November of 2014, shortly after the Schoenstatt Movement celebrated its Jubilee, when a group of Schoenstatters from Spain decided to seal a Covenant with Pope Francis, a Covenant we had been preparing for months. —

Some were able to travel to Rome in October 2014, and read the prayer we had prepared at St. Peter’s.  Afterwards on November 1st of that same year, we celebrated the Covenant with the Pope at the Schoenstatt Shrine in Madrid.  Altogether we wrote a letter to Francis explaining what we had done and its significance, we included  the Covenant prayer and some photos at St. Peter’s and in the Shrine.

Until now, this letter had not gone beyond the group, but seeing the painful circumstances being experienced by the Church and Pope Francis at the present time, this same group decided to write a new letter on this occasion to express to him, with humility, our respect and profound solidarity.

In addition to praying as Francis himself has always asked us to do and with more intensity in these last weeks and in addition to writing him a letter of support to let him know that we are with him, we have considered that it was very necessary to share all of this with more people in the form of a testimony and to share our initiative in case it could serve as an example so that others could join us in a similar manner. 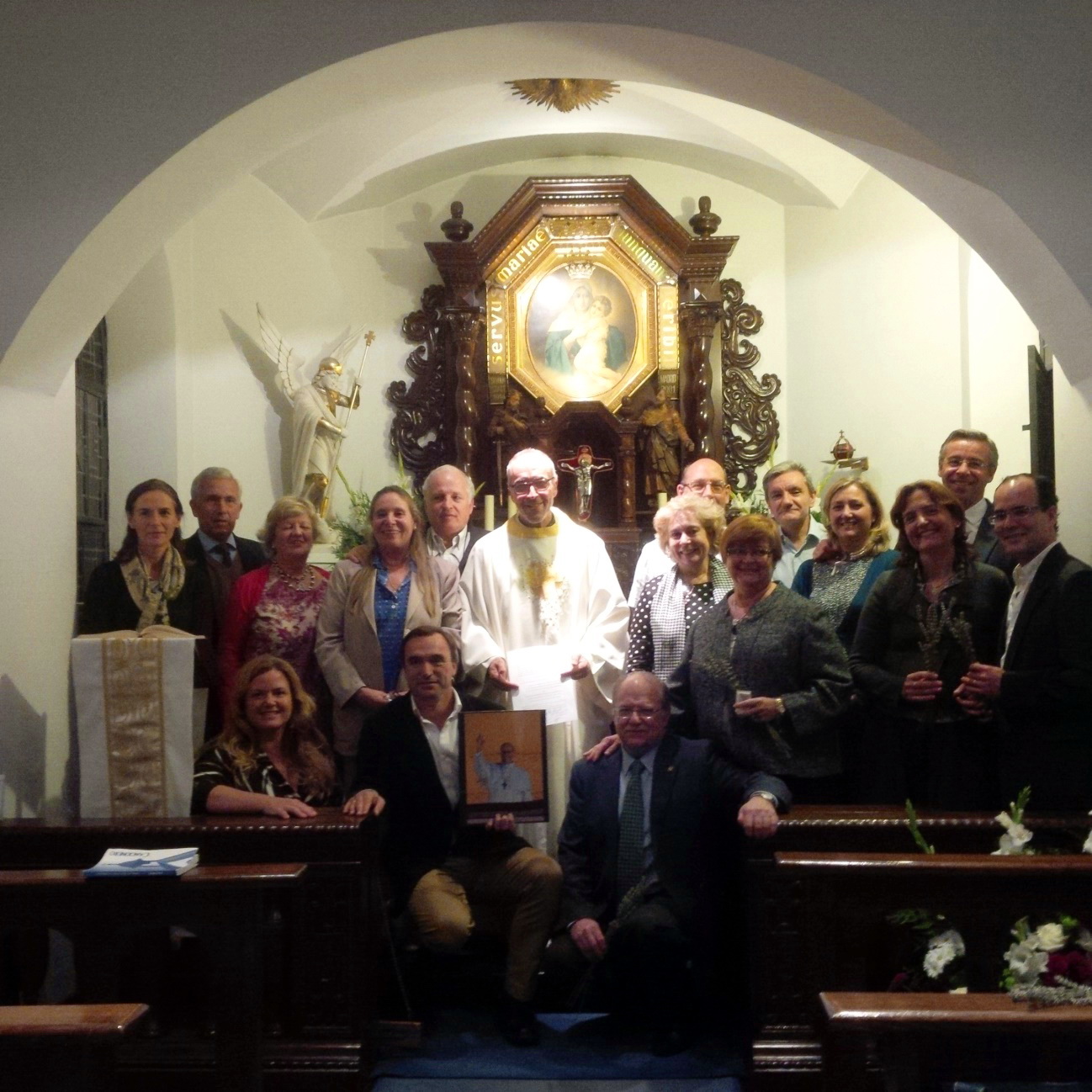 Because of all of this, we have decided to share this story, and the two letters we have quoted in these lines, the first in 2014, and the latest at this time, choosing schoenstatt.org as a means to reach more people and more corners of this world.  schoenstatt.org defines itself as:

Connecting Schoenstatters, whose mission is to serve the life of the international Schoenstatt Family and the Church, promoting solidarity attachments – covenant culture – and offering this service as testimony – culture of encounter.

Everyday echoing in all our actions, the words that Pope Francis spoke to us at the audience on 25 October 2014, “The culture of encounter is the Covenant culture which creates solidarity.” 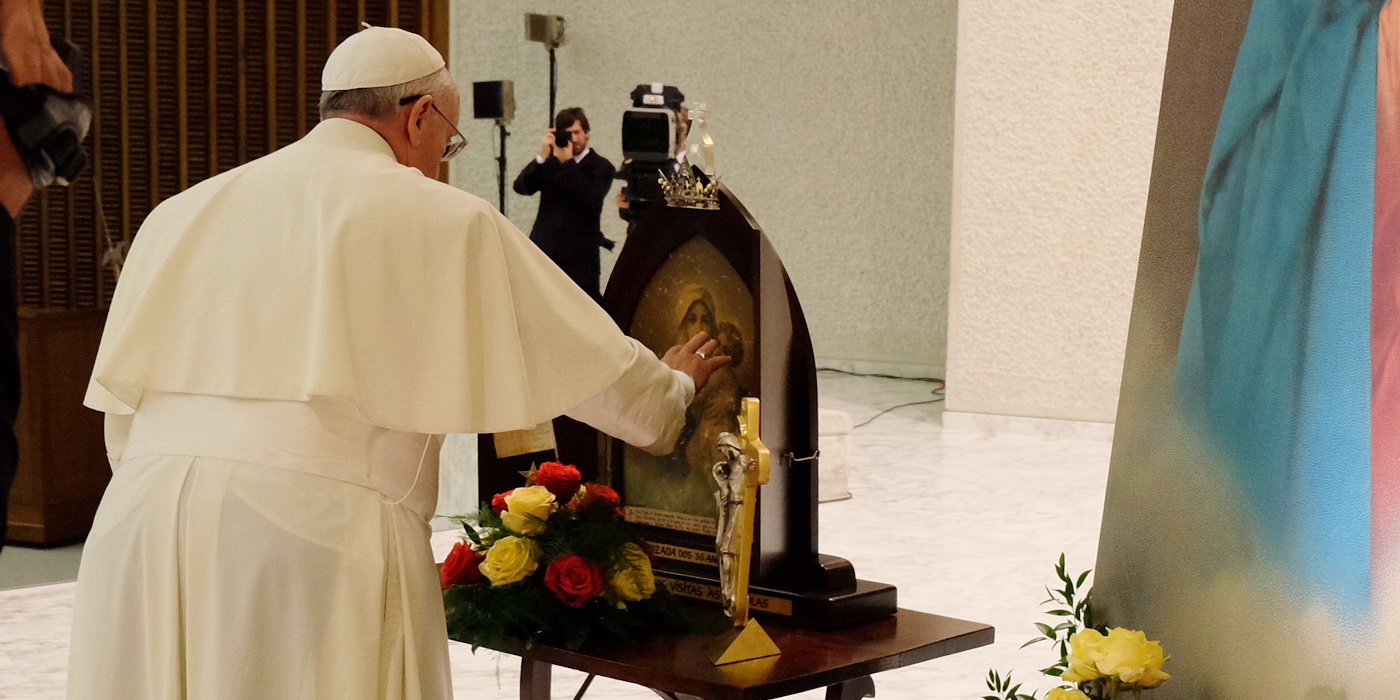 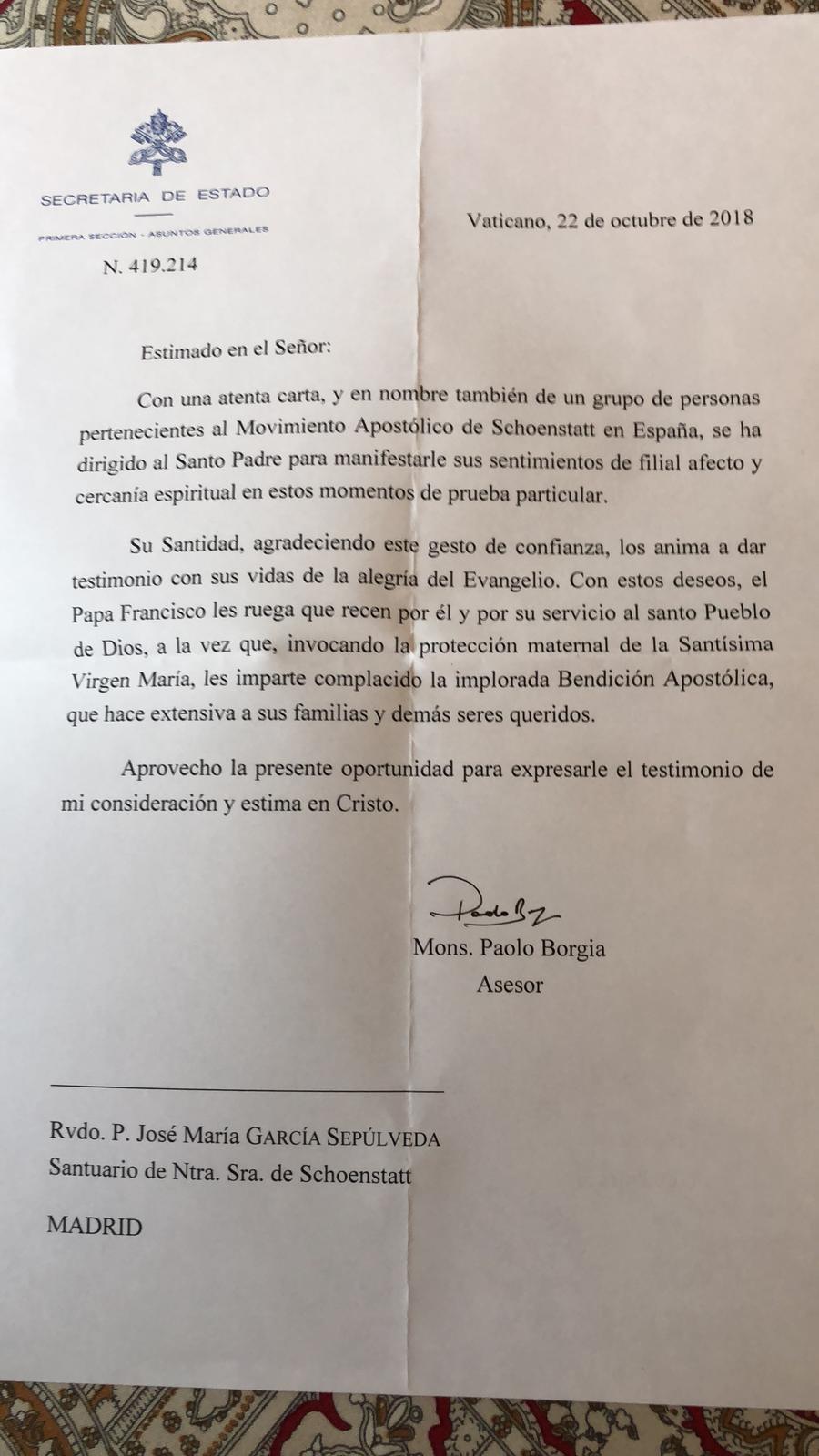