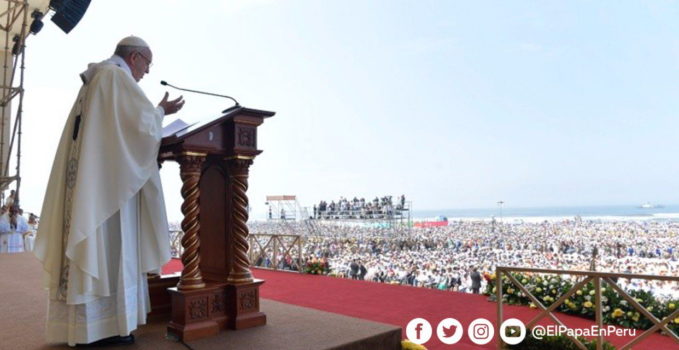 Just over a week ago, our dear Pope Francis concluded his visit to Chile and Peru. They were intense days of hard work for the Bishop of Rome, who arrived on our shores desiring peace, unity and hope for our people (Chile: “my peace I give you”; Peru: “united in hope.”) His arrival in Peru was a desire that grew stronger and stronger. On Thursday 18 January, we followed him on television, celebrating his last mass on Chilean soil, in Iquique and leaving for Peru. We were overcome with emotion that he would soon be landing on Peruvian soil. His arrival was scheduled for 5.20 in the afternoon. Soon, the flight trackers accompanying him showed that Francis was flying over Peru. Five military aircraft flew out to escort such an illustrious visitor. For a few days, Peru came to a standstill and experienced what the press called #ModoPapaFrancisco [Pope Francis Fever]. Shortly before 5.20, Pope Francis appeared at the doors to the airplane, a face that was filled with joy, but also bore the features of tiredness and concern. 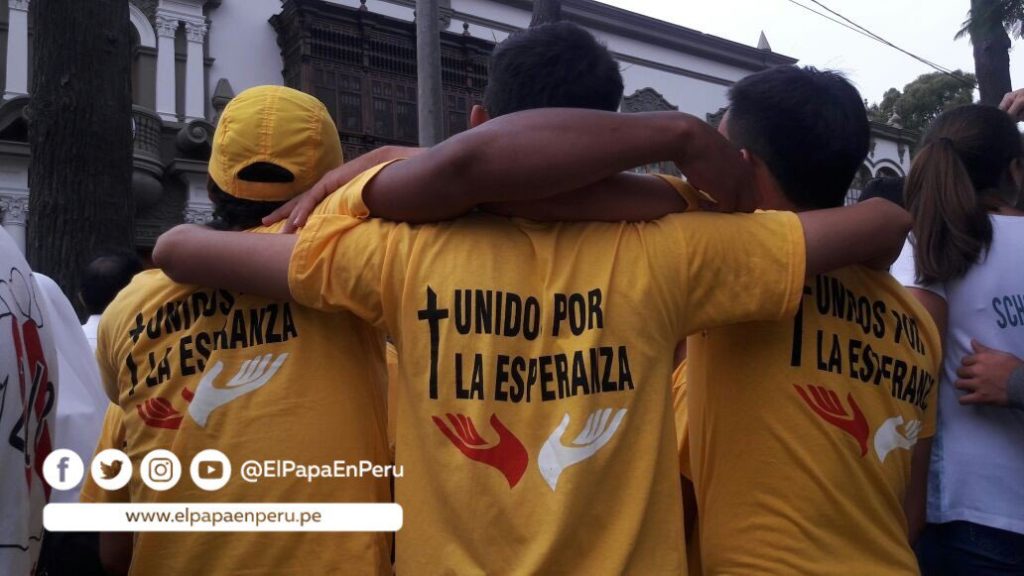 They just want to see him

Filled with emotion, the people went out onto the streets wherever he passed by. It didn’t matter if he was late. All they wanted was to see his face and perhaps feel in their hearts that the same Christ walks inside all of us. Thousands of people escorted his journey from the airport to the Apostolic Nuncio’s residence, many of whom wanted to see if it was possible to touch him. Before entering the residence where he would be staying during his trip, he waved and despite his tiredness, gave us his blessing, we prayed “Mother,” as he calls her and he ended, as always by asking us to pray for him.

A gift and a challenge for Schoenstatt in Peru

For us, it was a gift and a personal touch from the Blessed Mother, that he arrived on the 18th and that on 20 January he visited the town of Trujillo, where the first Schoenstatt Shrine in Peru is located. His visit to Peru revived the faith of our people, challenged us in our task and invited us to new challenges. When he spoke to us about the throwaway culture, it was as if he was talking about the 31st of May. When he spoke about the role of Mary, her actions as a Mother, today’s culture that wants us to live without a mother, our Covenant of Love came to mind. Before leaving, he asked us: do not allow yourselves to be robbed of hope, and listen to our Father: With Mary, joyful in hope, sure of the victory, toward the newest times. Francis constantly brings to mind the words of our father and founder, Fr. Joseph Kentenich. He also told the bishops about the need to cross over to the shore…towards the new shore, as our father and founder said. 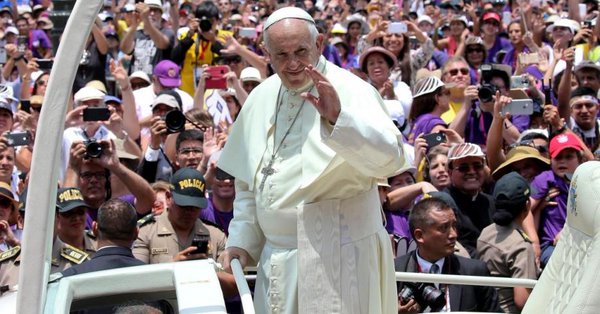 Do not let yourselves be robbed of hope

Like many, seeking out Francis, watching his attitudes in each of his activities, it was important to see that the Shepherd of our Catholic Church is a man who struggles daily for his holiness, who knows he is weak for the enormous task he carries on his shoulders, that despite his tiredness, he smiled at us because he knows how much we have waited and that, in each message, he urged us to create a different world, to listen to our grandparents, to not lose our roots, our identity.  Today, we are left with so much in our memories and in our hearts that we are able to write entire volumes.

Now is the time to pour out everything he gave us in our daily lives.  Two of his last messages resound now. The first is a daily question: Will you forget everything this morning or next week? The second, which will always accompany us in every circumstance: “Do not allow yourselves to be robbed of hope.”

Thank you, Francis, for your simplicity, your humanity, your honest smile while interacting with the children and young people, your caress of the sick and elderly, your serious gestures, your discomfort, your tiredness. Thank you for keeping Mary present at every moment. Thank you for your blessings from the balcony of the Apostolic Nuncio’s residence. Thank you for your clear and honest message to the government of our country. We promise to pray for you, and to fight daily against our limitations to help our Church be holy and coherent in its actions. 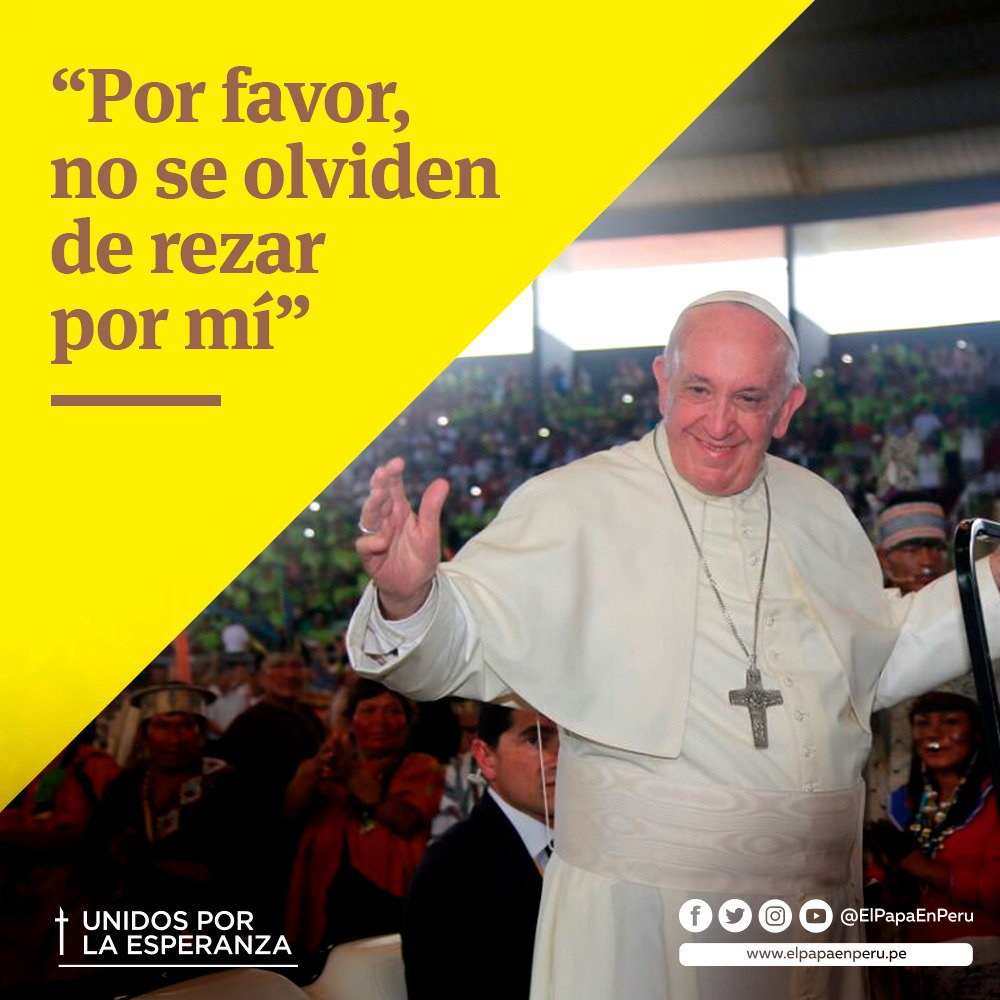