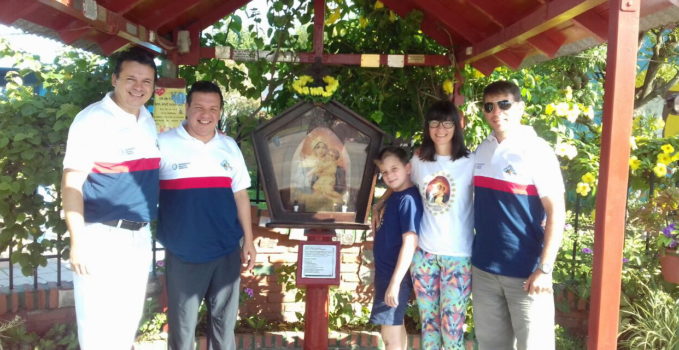 There are many wayside shrines, but we want a Shrine

For many years, the Schoenstatt Family from the Corrientes province has dreamed of building a Shrine. There are many wayside shrines in these lands in northeast Argentina, the next one more beautiful than the other, but the closest Schoenstatt Shrines are in Oberá (400 km), Paraná (600 km) and Asunción, Paraguay (350 km). They are too far to visit or go to on pilgrimage often, and even more so for the poor people of the Rosary Campaign. In Corrientes they are already searching for land; they continue to raise funds and make plans. But a Schoenstatt Shrine is first built with capital of grace not with bricks.

During Fr. Kentenich’s visit to America he said: “I come to seek allies for the mission.” On Saturday, 27 January, a group of Schoenstatters from Corrientes visited the Schoenstatt Family in Goya at their wayside shrine “to seek allies,” to personally invite them to join the capital of grace current for Corrientes’ future Shrine. 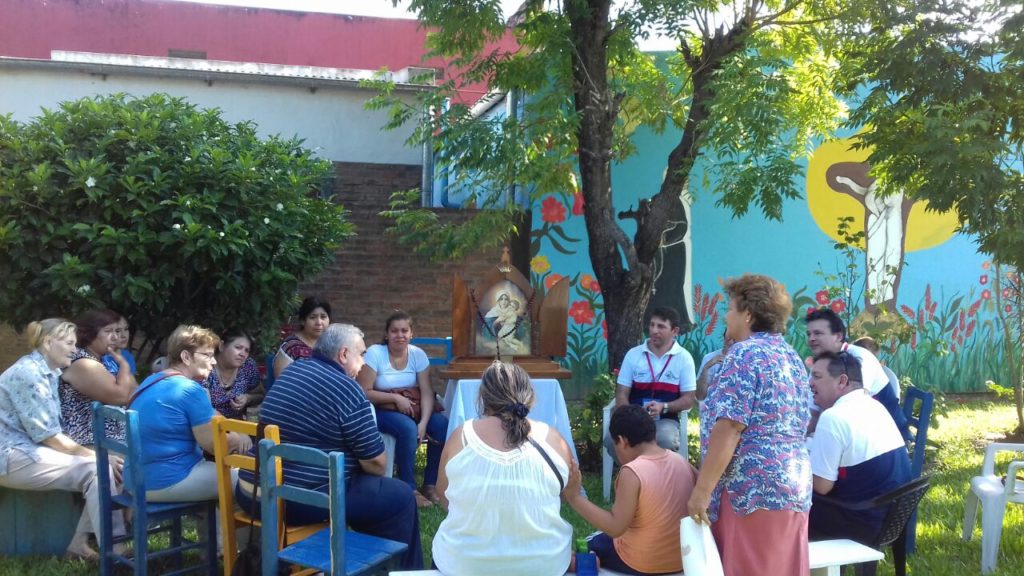 The Blessed Mother went out to meet her children

They took the Auxiliary MTA from the Diocese of Corrientes, which had visited several places in the area, with them. At that time, she accompanied Fr. Rodolfo Barboza, who presented them with a didactic Marian talk, and he gave them a special blessing. The Auxiliary remained with Fr. Barboza during the weekend.

The Blessed Mother never kept still, instead she went out to meet her children. First she accompanied the Holy Mass in Curuzú Cuatiá. On Monday, the 29th, at noon she was taken to the local police station, and on Tuesday, the 30th, she visited City Hall until noon. The mayor from Goya was ever happy to welcome her.

Sweet restless one bless my people! 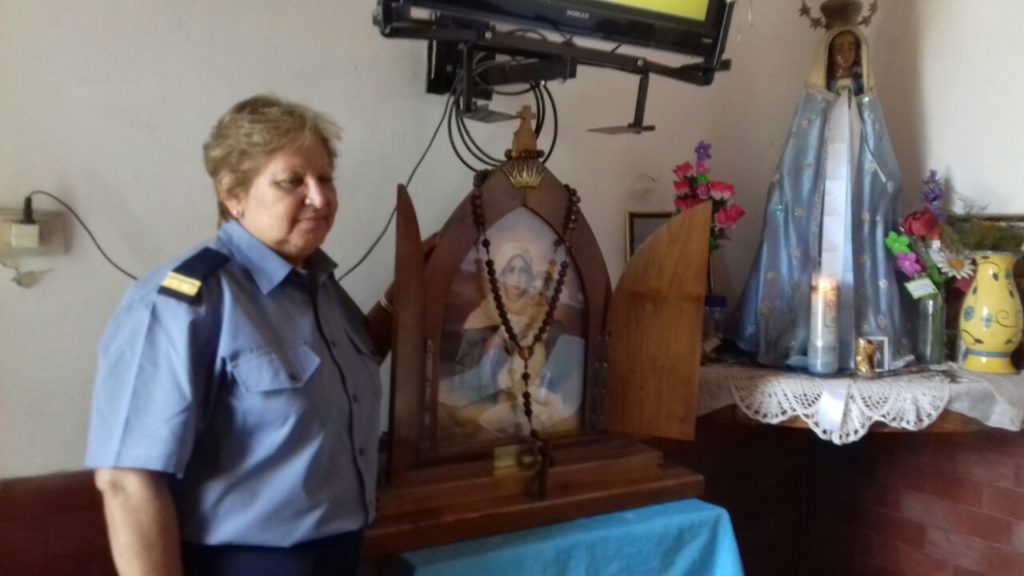 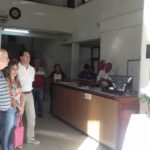 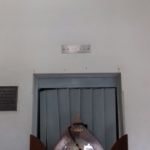 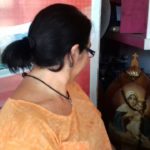