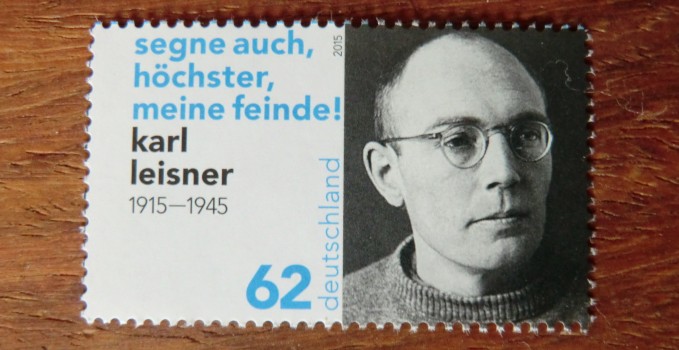 You have given a Saint to Heaven 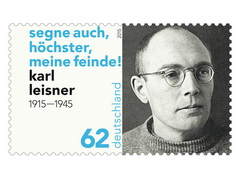 mda. Karl Leisner would have celebrated his hundredth birthday on 28 February (1915-1945). He was beatified by Pope John Paul II in 1996. He had got to know Schoenstatt as a teenager, and during his theology studies was a member of a Schoenstatt group, one of whom was later the Bishop of Munster, Heinrich Tenhumberg. Throughout his life the few, but intensive, times of encounter with the Blessed Mother in the Original Shrine remained the decisive milestones on the path of his vocation. During days of Adoration of the Blessed Sacraments for priests, which take place every year in the Marienau, Schoenstatt, during the carnival season, Fr Ernst Geerkens (85) introduced the 18 participants from various communities for Schoenstatt priests to a deeper encounter with Karl Leisner. “I would like to express my sincere sympathies to you, your wife and children, on the death of your beloved son, Rev. Fr. Karl Leisner – or actually my congratulations: because I believe and am certain that you have given a saint to heaven! That is what everyone says who was with him in Dachau. His deeply religious and joyful bravery there in the midst of the suffering edified them, comforted them, and was an example to them.”

Starting with this first testimony of devotion to Karl Leisner, Fr Geerkens told those present how devotion to Karl began. This was not theory, but came from his very personal experiences as a young priest in Xanten and Kleve, where he had got to know Provost Bernhard Wermland, who gave an impressive sermon during the funeral of Karl Leisner. In the Kleve University parish he had an opportunity to get to know Wilhelm Leisner, who gave him copies of the letters from his son in the concentration camp – a gift he still treasures today, Fr Geerkens said. In an interview with schonestatt.org he went on to say, “I became more and more interested in Karl Leisner and also in his attachment to Schoenstatt.” He then went on to relate how devotion to Karl Leisner took root in his home among the Schoenstatt Family of Lower Rhine. Fr Geerkens praised the work of the international Karl Leisner Circle in preparing the process of beatification, and also now in the time leading up to Karl Leisner’s hundredth birthday – for example, in the successful attempt to have a special stamp printed in his honour. 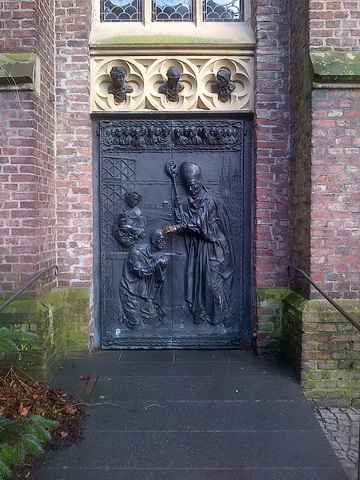 During another talk, Fr Geerkens talked about Karl Leisner’s commitment to the Catholic youth. From people he had got to know, Fr Geerkens discovered how much and how personally this young man had cared for young people and done for them. In connection with his work for young people, Karl came into contact with Fr Vermeegen, and thus into contact with Schoenstatt and the Original Shrine.

It became a source of strength for his path of suffering, which began with his remark (“What a pity …) when he was told about the failed attempt on Hitler’s life. That chance remark led to his imprisonment in the concentration camps at Mannheim, Sachsenhausen, and finally Dachau. “When I describe the situation in Dachau, I can hardly curb myself”, Fr Geerkens confessed, and prepared those present for the length of his following talk. “No one fell asleep!” It’s not difficult to believe when you listen to him. “For the talks I based myself on Seeger’s chronicle of Karl’s life. He has collected so much material”, Fr Geerkens said.

This comprehensive work is being published on 28 February, the hundredth birthday of Blessed Karl Leisner. Comprising five volumes, it contains all Karl’s extant diaries and letters, complemented by countless texts and reports of his contemporaries. Fr Hans-Karl Seeger has spent decades carefully collecting these texts, and has compiled and commentated them to form a vital whole. Not only Karl Leisner’s personality is brought alive, so is the time in which he lived and the situations in which he found himself.

Fr Geerkens was very pleased that for the 70th anniversary of Karl Leisner’s ordination to the priesthood last December, the abbey church at Kleve put up a memorial plaque. “All who attend Mass have to pass by Karl Leisner”, he said. He had brought along the newspaper article about this and other events around the hundredth birthday when he came to Schoenstatt, and put them up on the notice board.

For the last twelve years Fr Geerkens has lived in the parental home of Karl Leisner in Kleve as the curator. On 31 October 2000 this house was sold by the heirs, Wilhelm Leisner and Elisabeth Haas (nee Leisner), to the newly founded association of friends, “Karl Leisner begegnen e.V.” (Meet Karl Leisner). It has been named “Karl Leisner Centre for Encounter” and is open to the public. There are three rooms on the ground floor for an exhibition that was developed in the 1980s by students at a Gymnasium. “It’s a good opportunity to get to know Karl Leisner, and to introduce you to the subject.” Karl Leisner’s study is in the attic, and has now been arranged as a memorial and place of prayer. School classes, groups and individuals come here repeatedly. 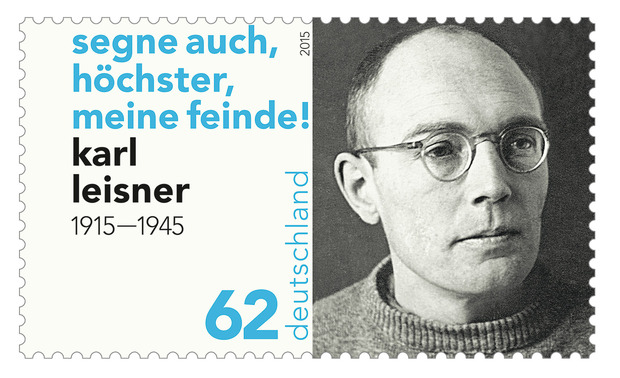