Now also as an E-Book: Belmonte as envisaged by Fr. Joseph Kentenich 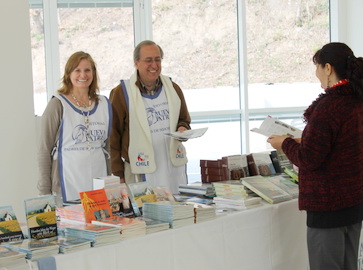 ROME, Maria Fischer. One of Fr. Kentenich’s dearest desires was that the Schoenstatt Movement, founded a hundred years ago in an unknown valley leading down to the Rhine River in Germany, should be present in the heart of the universal Church in Rome. In 1965 the leading representatives of the International Schoenstatt Movement promised their founder that they would build an international center in Rome. It took over forty years before this promise was realized and the International Schoenstatt Center in Belmonte, Rome, was finally built. Fr. Kentenich’s expectations, for the MATRI ECCLESIAE Shrine, and Belmonte as a whole, found expression in the programmatic talks found in this book. Since mid-February 2015, the book, first published in October 2014 in print version, is available now also as an E-Book, in Spanish, Portuguese, and English.

This book contains three of Father Kentenich’s main conferences; two of them have been translated for the first time into English for the October 2014 printed edition of the book. They offer a good opportunity to learn what the International Center of Belmonte means to Schoenstatt and the Church, and they offer a broad view of the vision Father Kentenich had of the renewed Church.

The digital version of the book is an offer to the “mobile” generations who prefer having their books digitalized on their smartphones, iPads, E-readers, or tablets.  In addition, this offers people, who are living in places without a Schoenstatt bookstore or where these bookstores for whatever reason do not stock these books, to have convenient access to Father Kentenich’s key texts on his great dream of a Schoenstatt Shrine in Rome, expression, means and assurance of his Movement´s and each of its members’ love for the Church. 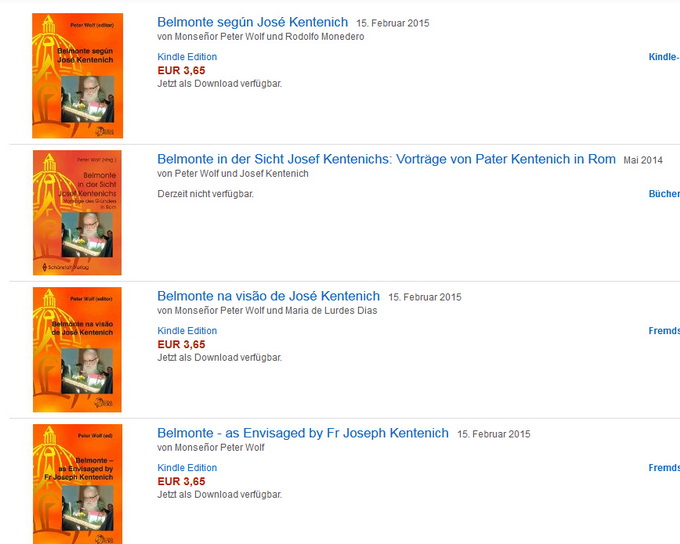 The print version of the book can be bought online through the Editorial Patris website (www.patris.cl) using this link – see Guide to order the book online without understanding Spanish – , and in bookstores world-wide (ISBN 956-246-751-3); bulk orders/retail via mail: [email protected]. The E-Book is available (Kindle version) HERE. GooglePlayStore and iBooks to follow soon.