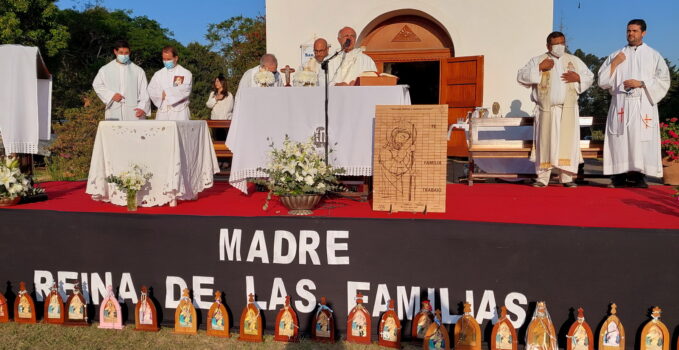 A whole year of material and spiritual conquest; joy was increasing as the date of enthroning St. Joseph in El Jardín de Maria (the Garden of Mary) Shrine in Tucumán was approaching. — 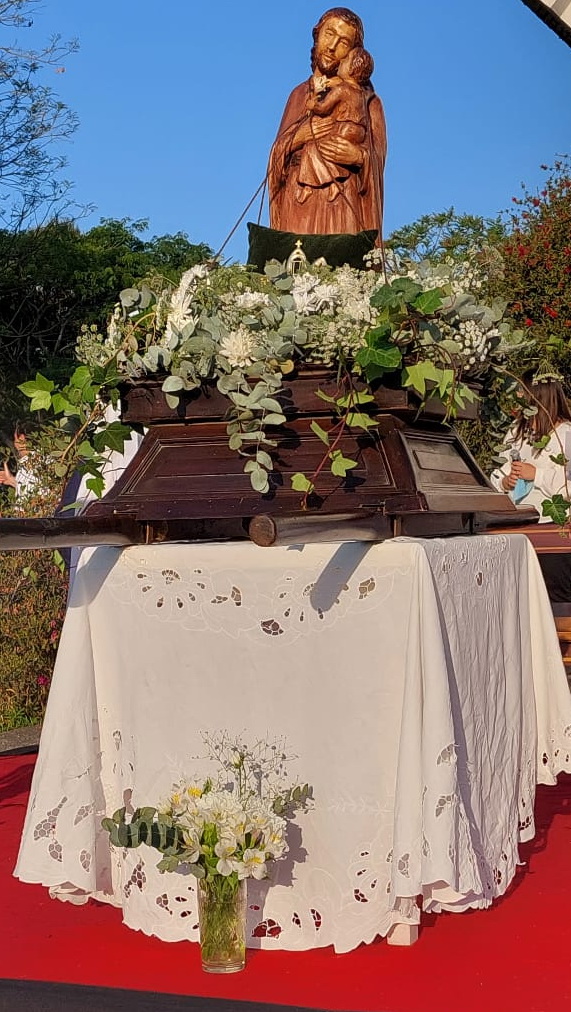 A board was placed on which to insert small boards for each 10 offerings to the “capital of grace”. Once completed, the little boards were turned over and the image of St. Joseph was formed. With great emotion we tried to calculate the place on the face where we had placed each one! Novenas, rosaries, work… everything was offered for this great saint whose year we are currently celebrating. At the same time, the jar was full of Capital of Grace.

On Saturday, October 16, our hearts exploded with joy. There were so many things to celebrate! Consecration of new missionaries of the Rosary Campaign, Rosary to our Mother, crowning of the Blessed Mother as Queen of the families and enthronement of Saint Joseph in the Shrine.

We also had the presence of a family from El Cevilar, place where the picture of the Blessed Mother arrived with balloons, sent on the day of the Campaign celebration. Excited, they told us that they will conquer a Wayside Shrine for the Blessed Mother there.

What a gift, Mother. Your crown

After praying the Rosary, Monsignor Roberto Ferrari, representing the Archbishop of Tucumán, along with Father Guillermo Cassone, raised the Popes’ flag, while those responsible for the pastoral of the Shrine raised the Argentinean flag.

With handkerchiefs on high and tears in our eyes, we saw the picture of Saint Joseph advance on a platform and he brought with him the crown of the Blessed Mother. Husband and Son gave the crown to the Mother.

Mission accomplished, dear St. Joseph. You are already watching over the Blessed Mother and her Son as always. And you gave her the crown as a gift from the entire Tucumán family, almost on the celebration of Mother’s Day in Argentina.

Blessed Mother, we crown you Queen of the families. You know how much we need you. Let us continue together, You as Queen, Mother and Educator. We as your children working for the Kingdom of God. Never let go of our hand! 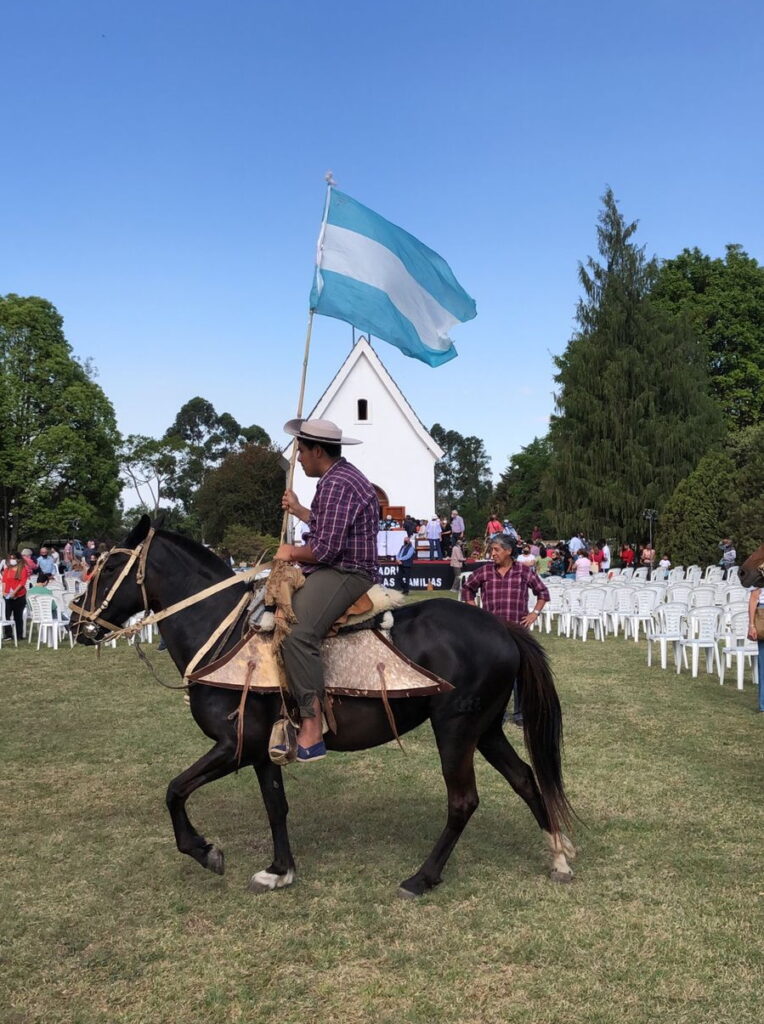