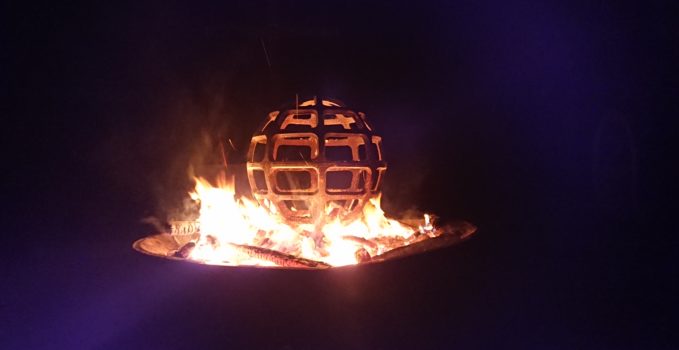 With a moderate knowledge of French and great expectations, thirty young men from the dioceses of Mainz, Limburg, Espira, Trier, and Fulda departed again this year for Cambrai for a week of work under the sign of Joseph Engling, a Schoenstatter from the early days. — 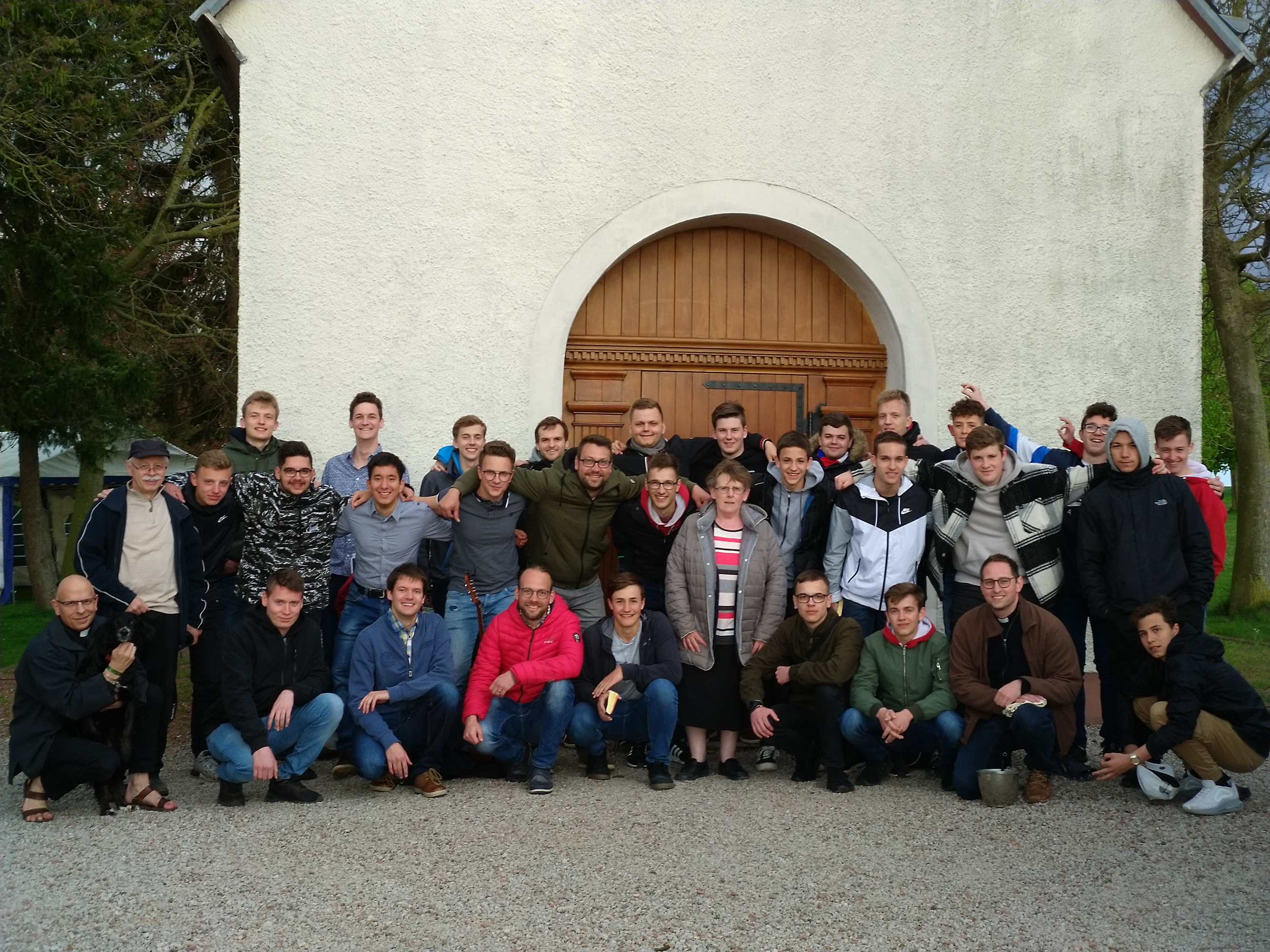 We left on Easter Monday morning from the Schoenstatt centers of our dioceses in the direction of Verdun, a battlefield from World War I, which reminded us of more than 300,000 fallen German and French soldiers. After visiting the memorial and an old fortification together, we went to our lodging in Cambrai, where after supper, the plan for the following days was presented to us.

After breakfast in our lodging, the second day of our trip began at the Cambrai Schoenstatt Center, located about fifteen minutes by car. There after Morning Prayer, the youths entered the first unit of work, Joseph Engling’s life and its’ milestones. They also worked in groups on the characteristics of the Schoenstatt heroes and grouped them in categories. Following a communal lunch, the participants were again put into groups, where different videos were projected with certain situations from Joseph Engling’s life. After the community celebration of the Eucharist in the Schoenstatt Center, they returned to their lodging for supper. There under the strict gaze of a jury of experts, they evaluated the videos and chose a winning team, which of course was rewarded for its excellent work. 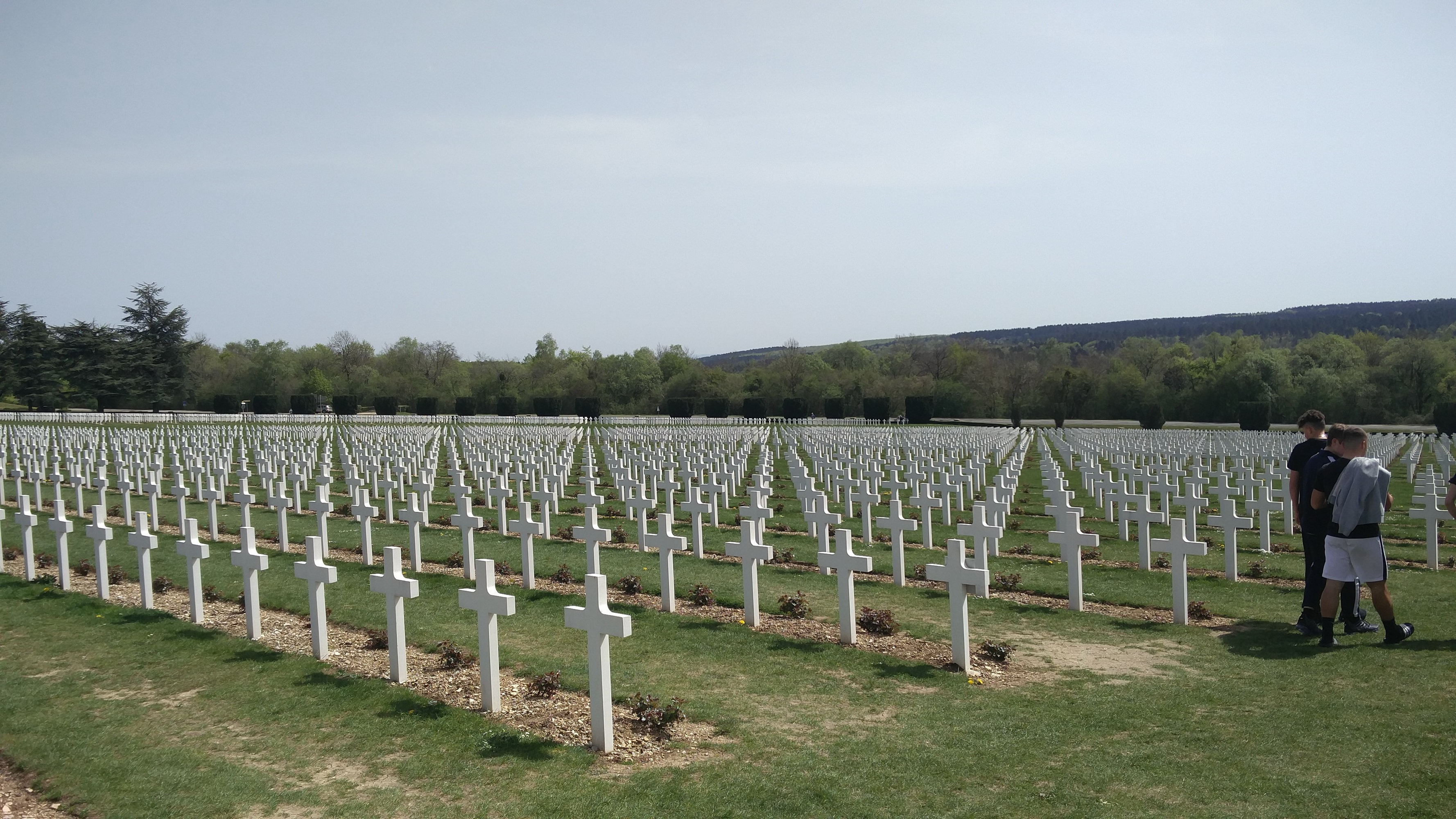 What did it mean to be a soldier in World War I?

The third day of our workweek had the decisive stamp of Joseph Engling as a soldier. Thus the participants were presented with a thematic unit on the spiritual daily schedule, as a means of self-education, which Joseph Engling practiced intensely. In the afternoon, we traveled Engling’s “road to death” with expert clarifications about the military situation at the time of his death. The road departs from a memorial to the soldiers who fell in World War I, passing through different military positions, to the place where he died. After dinner, a night of worship began. 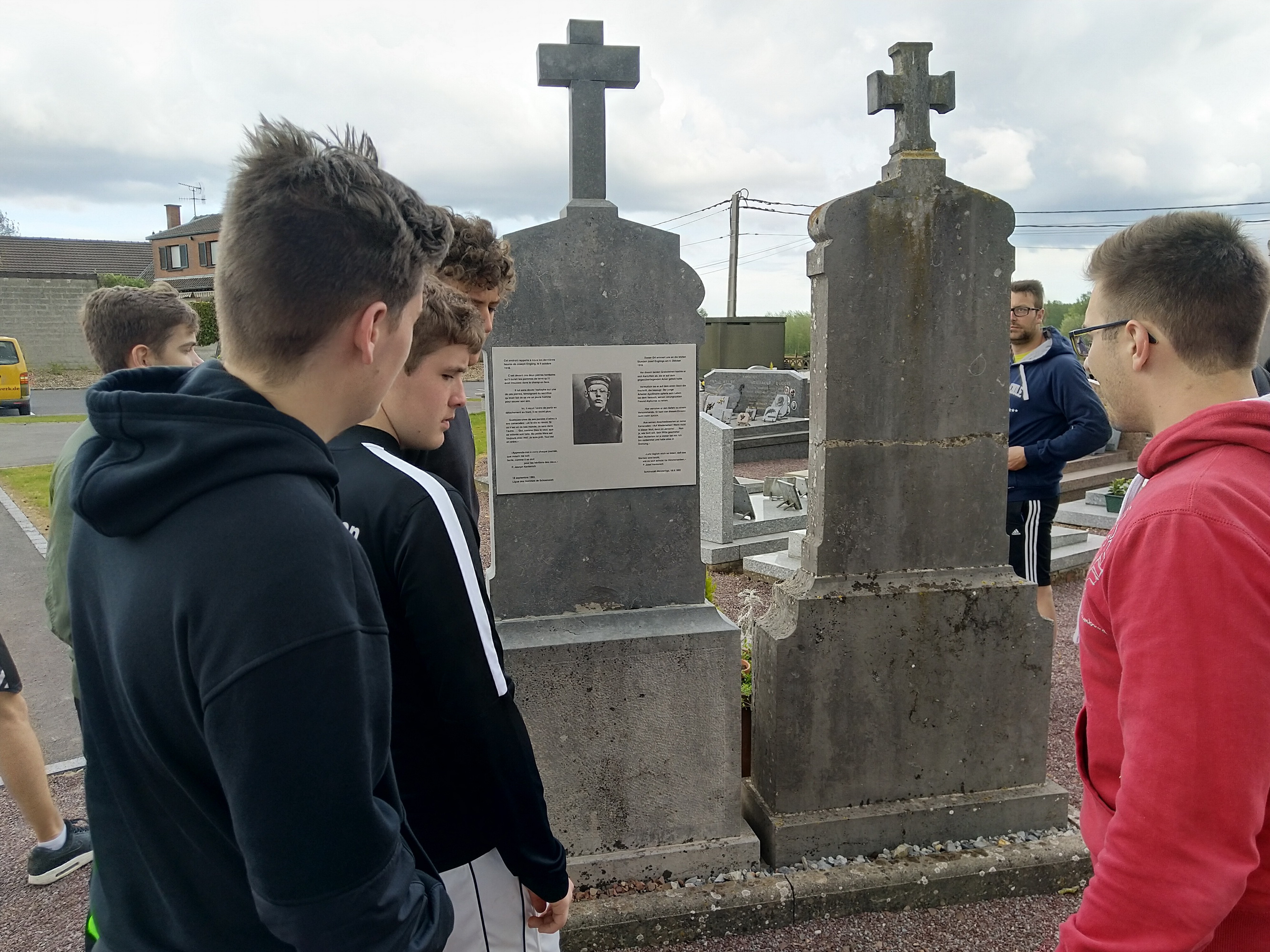 The Covenant of Love — why we do everything

The fourth day of our week began in the morning with an Olympiad of group games, in which the “Chicken with Rice” team clearly beat the “Thermomix” team. Afterwards, various creative workshops were offered, ranging from dying “batik” t-shirts and playing Crossboccia, to the construction of their own shrine. Conversations about the consecration in preparation for the evening ceremony took place that afternoon. After a snack, the joint cross of the Central Region was placed in the center of Schoenstatt, where all the participants could be immortalized next to the plaque that is on the cross. After the consecration ceremony, we returned to the lodging late in the afternoon, where a full day of events was completed with a feast. 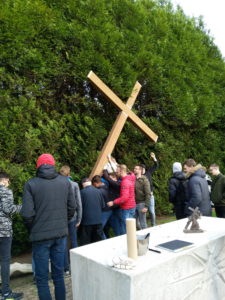 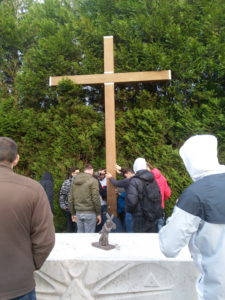 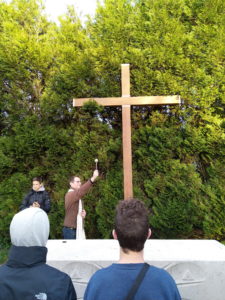 Finishing the week in Paris

On the last day of the workweek, we went to Paris after leaving Cambrai, where we took a sightseeing tour after lunch from our accommodation near Notre Dame Cathedral to the Presidential Palace, the Louvre, and the Arc de Triomphe at the end of the Champs Elysées. After dividing into different rings or circles, we started afterwards with the common ring or circle evening that ended at 12 pm midnight at the shining Eiffel tower.

On Saturday, after a brief visit to the chapel of “Our Lady of the Miraculous Medal” in Rue du Bac, we ended up in a park near the chapel, and set out on our way home, giving many thanks to all the organizers for their work on all the week’s activities making the week rich in events and experiences. 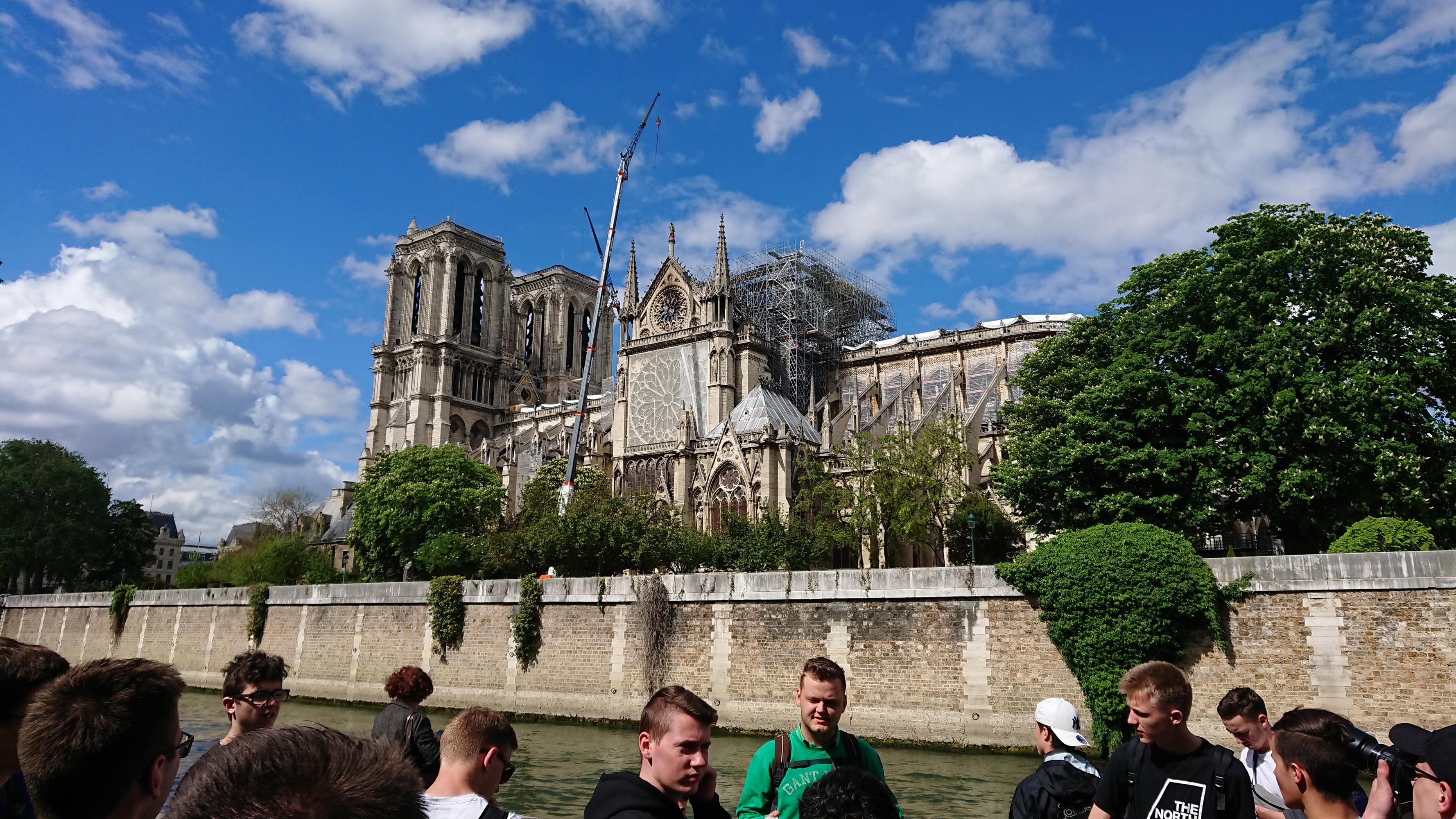 Notre Dame, after the fire 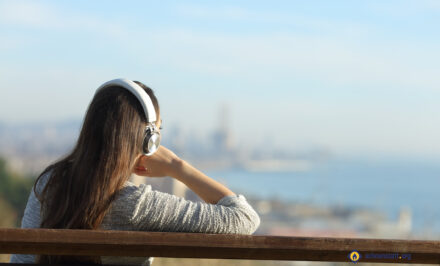 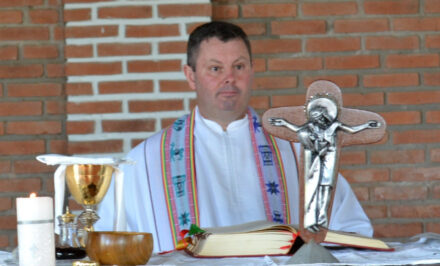 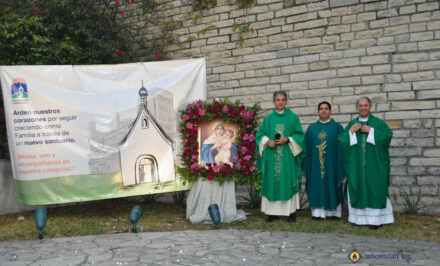