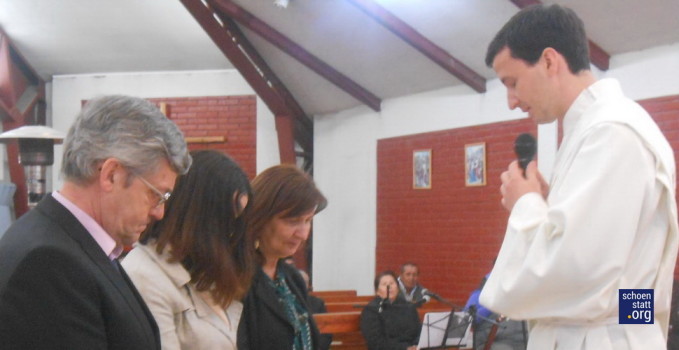 It’s been ten years since Gonçalo left Portugal for Chile to begin his postulancy and then his novitiate in Paraguay. It seems like it was yesterday.

Actually, it was about 12 years ago when Gonçalo told us about his vocation to the priesthood and that he was going to enter the Institute of the Schoenstatt Fathers. It was a Sunday evening in February. The news was not a surprise for his mother. As for me, I didn’t sleep that night! Out of joy, uncertainty, emotion…and who knows what else.

His Christian journey as an altar boy in the parish, in the youth group, in catechism, in his social life as a gymnast and his progress as a business management student at university were not indicative, to me, of a decision of this nature, but he sensed God’s call and followed it. 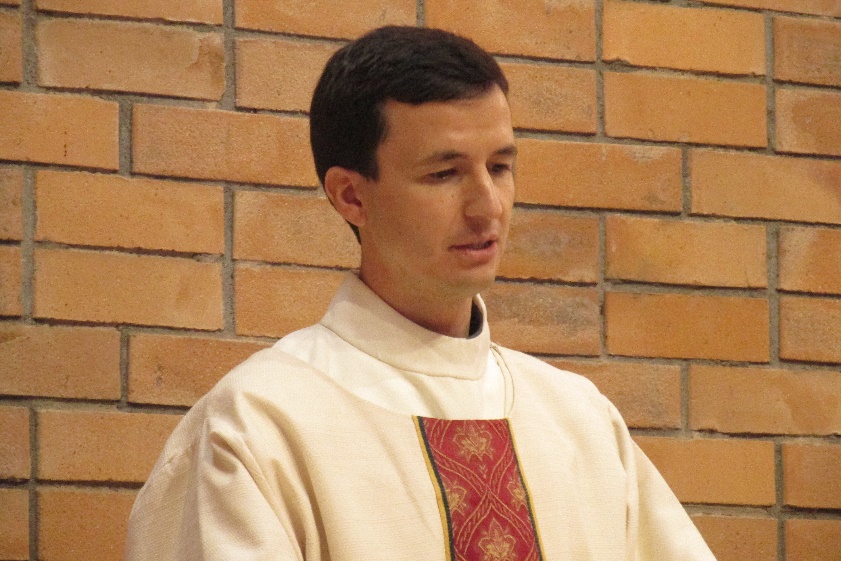 Queen and educator of our hearts for Jesus

Because he didn’t enter the seminary in 2004, only his closest family knew of his decision, a carefully-guarded secret for a year, which motivated us to crown the Blessed Mother in our home shrine as the Queen and Educator of our hearts for Jesus. Rather, we crowned the Blessed Mother and we crowned Jesus because our daughter Maria, who was 5 at the time, brought to our attention the importance of crowning Jesus too!

Some time ago, Fr. Diogo said that it was “our fault”! Although in Portuguese, the expression “fault” has a negative connotation, we feel that we are responsible for the consequences of having chosen a Christian life, committing ourselves to work in the parish, accepting the challenge of sealing our Marriage Covenant and the Covenant of Love as members of the Schoenstatt Apostolic Movement, but we are certain that, despite playing our part, God and the Blessed Mother called Gonçalo and touched his young heart. 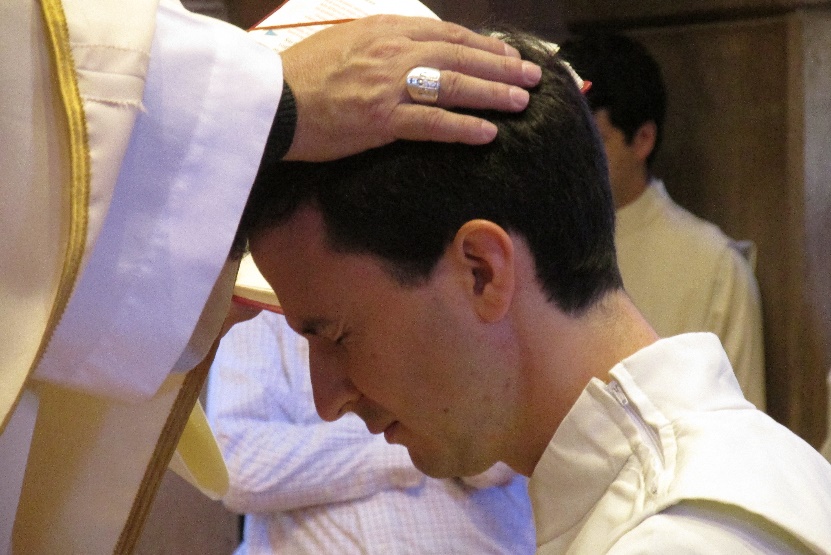 Father, make of me a miracle of mercy

On 30 April, our emotions overflowed, making us cry with the immense joy expressed in the festive atmosphere at the celebration of Gonçalo’s ordination to the diaconate. His face was deeply certain and very serious, as on the previous day (we didn’t attend but saw the photos) when he made his perpetual consecration to the Institute of the Schoenstatt Fathers.

Gonçalo was transfigured after the laying of hands. When he stepped onto the altar, his smile radiated a contagious joy that gave us the confidence that he is on the way to happiness and self-realisation as a man of God.

His motto — Father, make of me a miracle of mercy – is already evident in his attitude and the friendships he has made with his simple and humble manner, available and compassionate to his peers and neighbours at the Our Lady of Mercês parish – chapel of mercy – where he has lived for the last year and where we went to accompany him at the celebration of mass, where we heard him preach his first homily as a deacon and at the end he gave us his particular blessing.