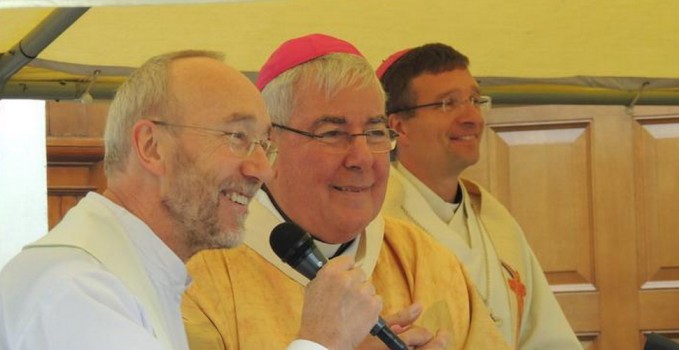 50th anniversary of the Shrine of Unity in the Dioceses of Cambrai – Greetings by Fr. Juan Pablo Catoggio

On 12 September 2015, the Schoenstatt shrine celebrated the 50th anniversary its inauguration, in the presence of the Archbishop of Cambrai, François Garnier; Michael Gerber, the auxiliary bishop for the Diocese of Freiburg in Germany; Fr. Micheal Hergl as the interpreter; and Frs. Fleury, François Triquet and Jean-Marie Moura from the Diocese of Cambrai.

More than 200 people gathered in the open air to participate the solemn Mass – from France, Belgium, Argentina, Spain, Mexico, Brazil, as well as a significant number of Germans, who came in their private cars. Two buses from Schoenstatt in Germany were stopped at the border for identity control and were more than an hour and a half late. 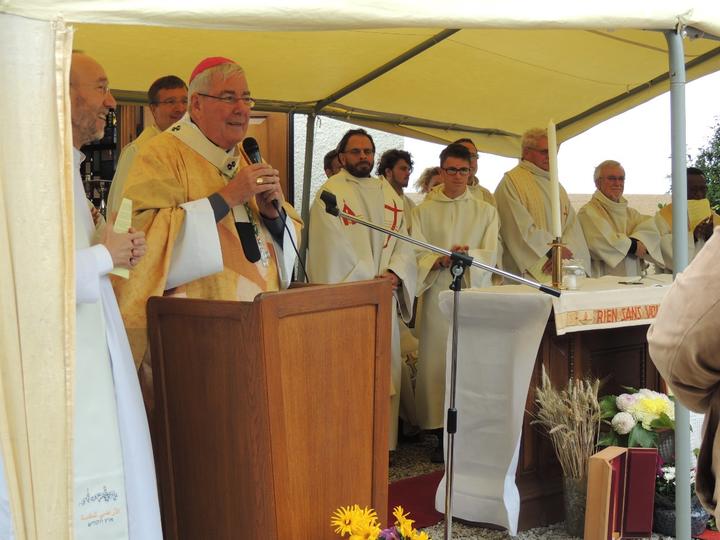 There was great joy in meeting again to pray and sing to the Mother Thrice Admirable.

The Guillaume du Faÿ choir led the singing during Mass and there was a wonderful atmosphere of a community of believers speaking all languages in prayer.

The rain did not discourage the pilgrims who, in the afternoon, went on foot to Eswars to the Joseph English memorial.

A wonderful day of friendship and unity in prayer where each one was able to express themselves in their own language.

A beautiful example of forgiveness and reconciliation and peace among peoples.

Dominique Touret is responsible for the house at Cambrai. Fr. Jean-Marie Moura was appointed as the chaplain, replacing Fr. Fleury. 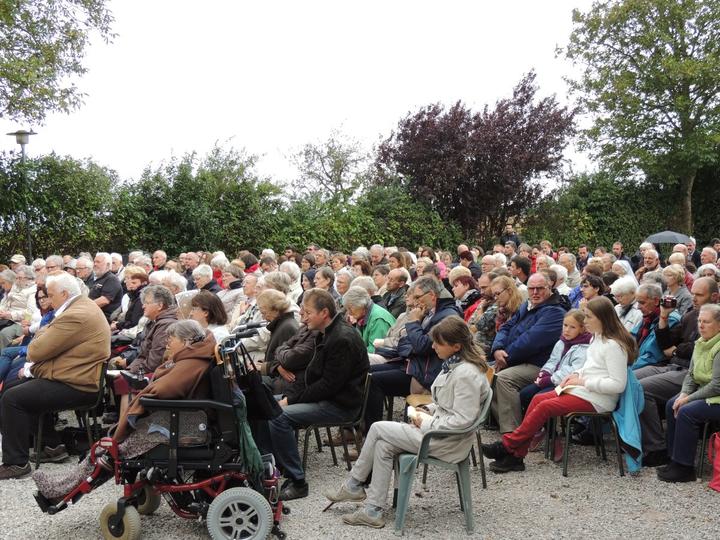 You are on pilgrimage to the shrine of the Mother Thrice Admirable and Queen of Schoenstatt in Cambrai which was consecrated 50 years ago. The shrine is closely connected to the history of Schoenstatt. It was built close to where Joseph Kentenich, one of first heroes and young founders of the Marian congregation fell in battle, shortly before the end of the First World War, and where he gave his life. Over the decades, many have followed his example and kept alive the original Schoenstatt spirit.

This place has become a place of encounter between Germans and the French, a place of reconciliation and coming together of peoples. Through it, the shrine received its name and mission: shrine of unity.

Fifty years ago, the shrine was consecrated in thanksgiving for the 50th anniversary of Schoenstatt and its legal autonomy. But Divine Providence wanted to connect the shrine to a new milestone: the return of the founder, Fr. Joseph Kentenich, from exile and his restoration. The day before the consecration of the shrine, Fr. Kentenich received a telegram calling him to Rome. With reason, many interpreted the shrine as “ransom” for the liberation and return of Fr. Kentenich.

Since the great jubilee celebrations last year, we see a new start in France, particularly a very promising commitment by the Bishop of Cambrai, François Garnier, and Fr. Jean-Marie Moura, appointed by the bishop.

In the name of the General Presidium of the Schoenstatt Work, I wish to greet you, all who are present at the celebrations here today. Many blessings from the shrine of unity flow on Cambrai. May they continue to overflow in the years to come. From this place, may the Blessed Mother give you many graces from heaven:

In communion with you and the shrine, 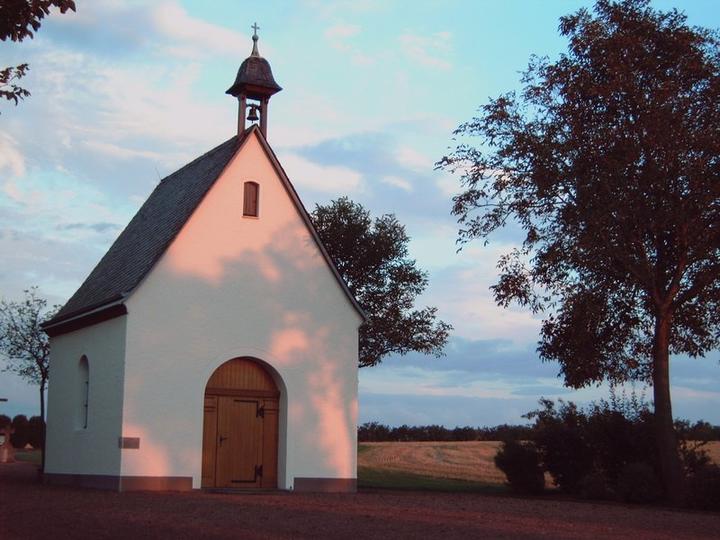