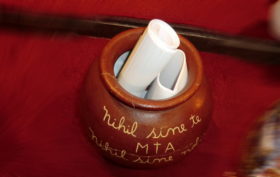 Hundreds of letters in the Original Shrine’s jar

Maria Fischer • The small home printer could not keep up with all the many emails that came in the last week of Advent– let us remember that schoenstatt.org has no headquarters or office. So on 18, 19, 20 of December, a partial delivery of all these letters sent to the MTA in the Original Shrine was made filling the jar to the brim They came especially from Latin America – Argentina, Brazil, Chile, Colombia, Paraguay, Puerto Rico, Ecuador, México, and Panamá – but also from the United States, Spain,Read More 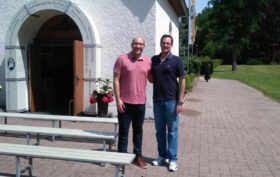 Whoever is looking for me…

WYD2016 ORIGINAL Shrine, by Maria Fischer • On Thursday, 21 July, I approached the place that is so precious to every Schoenstatter with an envelope containing more than a 1,000 letters, written over the last few weeks, to the Blessed Mother in the Original Shrine. It was a sunny and peaceful day, although youth groups on their pilgrimage toward World Youth Day in Krakow should already have been there. But it was just the opposite– no one was around the Original Shrine. Petitions and encounters How much love, how muchRead More