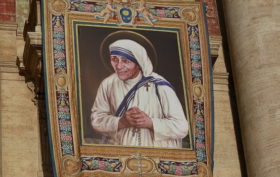 Mother Teresa’s driver for a while…

CHILE, Fr. Carlos Cox • Mother Teresa of Kolkata’s second visit to Chile took place between 12 and 15 September 1982 and I was asked to drive her to a youth meeting.  At the time, I was a young priest and was working as the under-secretary of Misión Joven [Youth Mission] for the Archdiocese of Santiago.  During the trip in my Volkswagen, I became witness to a story that reflects the Mother Teresa’s humanizing gaze. As I arrived to fetch her from the Sister’s House in the area near theRead More 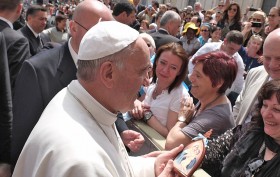 Posted On 05.03.2015In Covenant solidarity with Francis

LANDS OF AMERICA/ALETEIA.org. I met up with Buenos Aires’ Archbishop, Cardinal Jorge Mario Bergoglio, in Fall 2005 in Rome. When I phoned to ask him for an interview, he responded with affability, but also firmly, “I would prefer to avoid an interview, although we also can meet to talk.”Read More