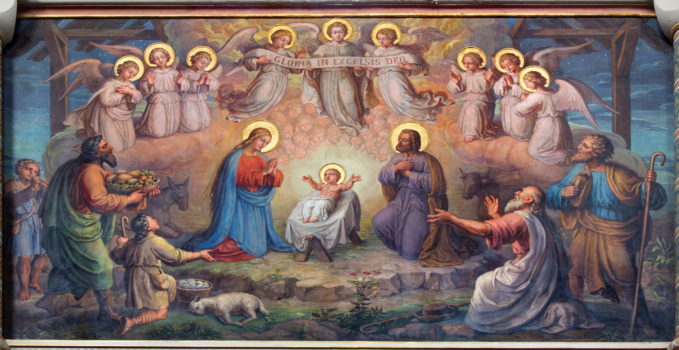 May this Christmas enlarge our heart, open it, make it more Universal, that we will be a Church and a Schoenstatt Reaching Out

CHRISTMAS GREETING FROM FR. JUAN PABLO CATOGGIO TO HIS BROTHERS AND FRIENDS •

We share Fr. Juan Pablo Catoggio’s letter with great joy, demonstrating the gift and the task of the internationality and inter-cultural nature of our Schoenstatt, with the backdrop of Christmas as an event of a God on the way. 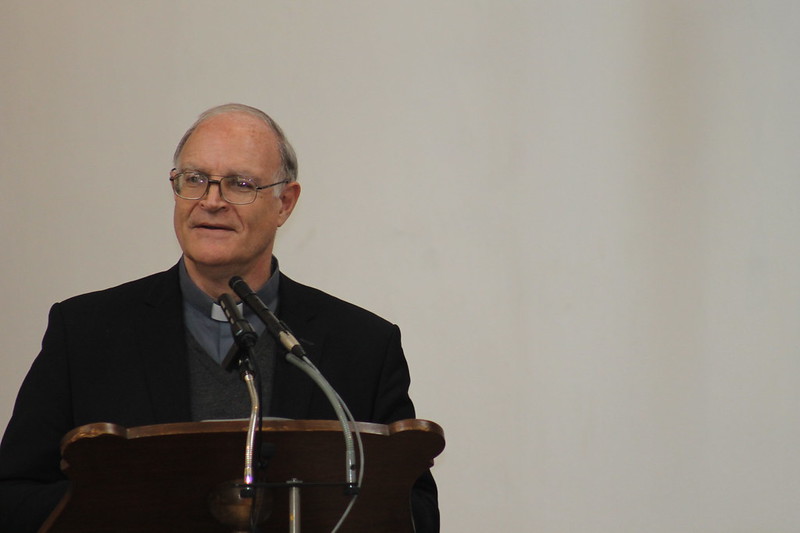 Two experiences marked this year and both are very united to the mystery of Christmas: the Jubilee of Mercy and the international reality I experienced on many trips.

1 Pope Francis does not tire repeating, “This is the time of mercy.”  In his last years of life, Fr. Kentenich insisted on the message of the “Father of an infinite merciful love.”  The Jubilee year was truly a time of grace for the entire Church as well as for Schoenstatt.  Many Shrines were formally chosen as holy doors of mercy, the Original Shrine and many others.  If they are always places of grace, it was doubly so this year.  St. Paul writes to his disciple, Titus: “For God has revealed his grace for the salvation of all people.” (Titus 2:11).  Christmas is the mystery of mercy incarnate, of the same God of Love made man.

I have had to travel much this year.  I visited fifteen different countries, on four continents.  The Schoenstatt Fathers’ community grows in new cultural confines (new for Schoenstatt!) as in India or in Burundi, Congo or Nigeria in Africa.  And it grows more there than in the “traditionally Schoenstatt” countries, if it can be said that way.  It makes me reflect on many things.  There is so much variety and richness in the different cultures, so many traditions and different customs.  First teaching: God is not boring, He likes colors and variety.  Second teaching: do not fear differences (and much less those who are different!), they are richness for many, for everyone.  Third teaching: we should learn from each other, enrich each other and complement each other mutually, and to do this we must meet each other, dialogue, sit at the same table with mate (tea) or with what corresponds to each place.  Fourth teaching:  Schoenstatt is universal as the Church.  No culture can monopolize it.  Schoenstatt must be soul to all cultures and in all cultures must embody itself, inculcate.  Fifth teaching: this is the culture of encounter and of the covenant which Schoenstatt wants to live and proclaim, and to do this it must “go out of itself” and “go out to the encounter.”

Up to now, I have referred to the internationality and intercultural nature that characterizes my community at this stage both a great gift and a challenge at the same time.  Going through so many countries made me see that it is a mission – an inevitable duty – we have.  The world contradictorily debates between a growing and irrepressible globalization and a nationalist tendency to the death, even separatist, which often drifts into open conflicts, discrimination and intolerance, war, violence and terror.  How to find or create ways of reaching out, of unity in diversity, of respectful dialogue and mutual complementation?

Upon contemplating the mystery of Christmas, I cannot keep from highlighting this universal dimension.  Upon detailing the genealogy of Jesus, Luke and Matthew highlight the historic transcendence of the apparently insignificant event in Bethlehem.  Matthew especially mentions the Magi from the East.  Faraway people come to adore the king in the manger.  Luke gives more details.  Joseph and Mary must go to Bethlehem since the emperor, Augustus, decreed “a census for the entire world.”  Therefore Joseph must “leave” Nazareth and “while they were in Bethlehem, the time came for her to have her baby.  She gave birth to her first son, wrapped him in cloths and laid him in a manger – there was no room for them to stay in the inn.” (LK 2:6-7).  Shortly thereafter “they go out” anew, this time to Egypt, a foreign land. Jesus’ family are emigrants, perhaps today we could say refugees.  They are “on the way,” they leave Nazareth, they leave Bethlehem, they leave their land.

We can go further.  The Incarnation is the mystery of “God on the way.”  Jesus, the Son, does not cling to his condition as God, but “goes out” of the Father, he “emptied himself” and He lowered himself and became man like one of us (Phil 2, 5-8), assuming our nature uniting himself to each man and to all men, to each culture and to all cultures.

Christmas does not know boundaries.  Christmas approaches us and makes us brothers.  “But now, in union with Christ Jesus you, who used to be far away, have been brought near by the blood of Christ.  For Christ himself has brought us peace by making Jews and Gentiles one people.  With his own body he broke down the wall that separated them and kept them enemies.  He abolished the Jewish Law with its commandments and rules, in order to create out of the two races one new people in union with himself, in this way making peace.  By his death on the cross Christ destroyed their enmity, by means of the cross he united both races into one body and brought them back to God.  So Christ came and preached the Good News of peace to all – to you Gentiles, who were far away from God, and to the Jews, who were near to him.  It is through Christ that all of us, Jews and Gentiles, are able to come in the one Spirit into the presence of the Father.  So then, you Gentiles are not foreigners or strangers any longer, you are now citizens together with God’s people and members of the family of God.” (Eph. 2:13-19).

Brothers, we all have our problems with “some differences” and “with some who are different.”  We all put up certain barriers; we create differences.  I wish for myself, and I wish for all of you that this Christmas enlarges our hearts, opens them, makes them more universal, that we will be a Church and a Schoenstatt on the way.  That we go out of ourselves toward our neighbor, towards those who are far away and those who are nearby, towards the outskirts, towards the many new Bethlehems of our epoch so that we may all be “neighbors close by,” that we all be brothers.

I am attaching a poem by Borges, which accompanied me this year.  You will understand why.  I remember you on Christmas Eve in the Bethlehem Original Shrine. 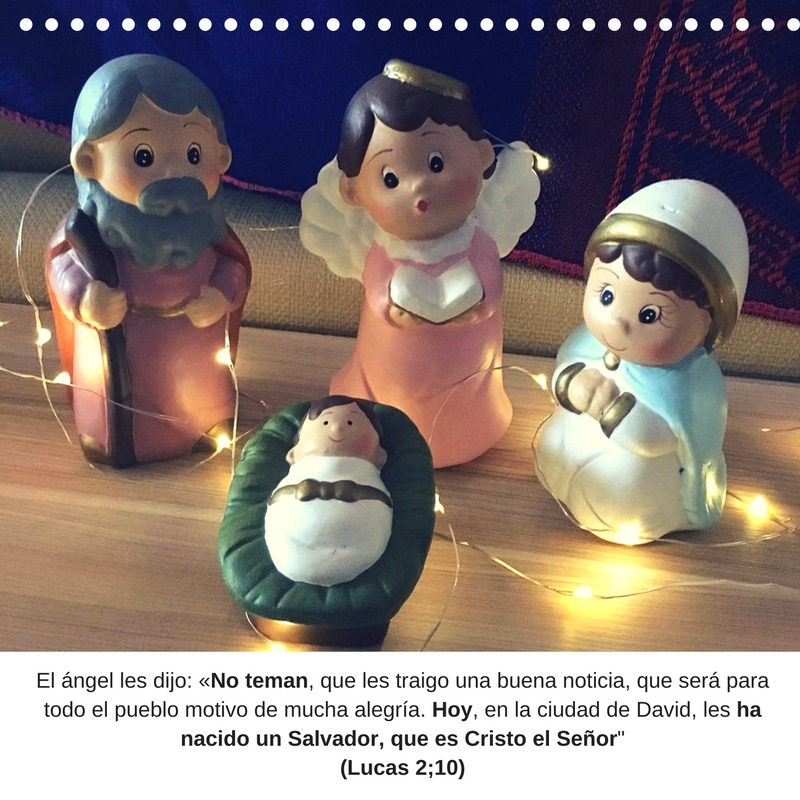 They are conspiring in the center of Europe.

It is about men from different lineages who profess different religions and speak different languages.

They have taken the strange resolution to be reasonable.

They have resolved to forget their differences and highlight their affinities.

They were soldiers of the Confederation and later mercenaries because they were poor and had the habit of being at war and did not ignore that all of man’s enterprises are equally vain.

They were Winkelried who stabs into his breast the enemy lances so that his comrades may advance.

They are a surgeon, a pastor or an attorney, but they are also Paracelso and Amiel and Jung and Paul Klee.

In the center of Europe, in the high lands of Europe, grows a tower of reason and of firm faith.

The cantons are now twenty-two.  Geneva’s, the last, is one of my countries.

Tomorrow they will be the entire planet.

Perhaps what I say is not true; hopefully it is prophetic.