On Tuesday, everyone saw how God sent them to the people who most needed our gifts, and thus each took a colored bracelet that corresponded to the town to which they had been assigned.

The Covenant thread took some to the land of Tupãsy Caacupé (Virgin of Caacupé) in the Cordillera District.

The initial activities began on Wednesday with the missionaries being sent to mission families in different companies of the leading town.

There they took the Word and the Gospel accompanied by the picture of the Great Missionary, who leaves her Shrine to go out to her smallest children.

During the afternoon, there were training workshops, sharing with adults, youths and children.

At night, we all prayed, ending with a time of profound prayer in the chapel.

From these moments, the missionaries saw how the Holy Spirit is the one who speaks and works through us, our Mother’s instruments through our Covenant. 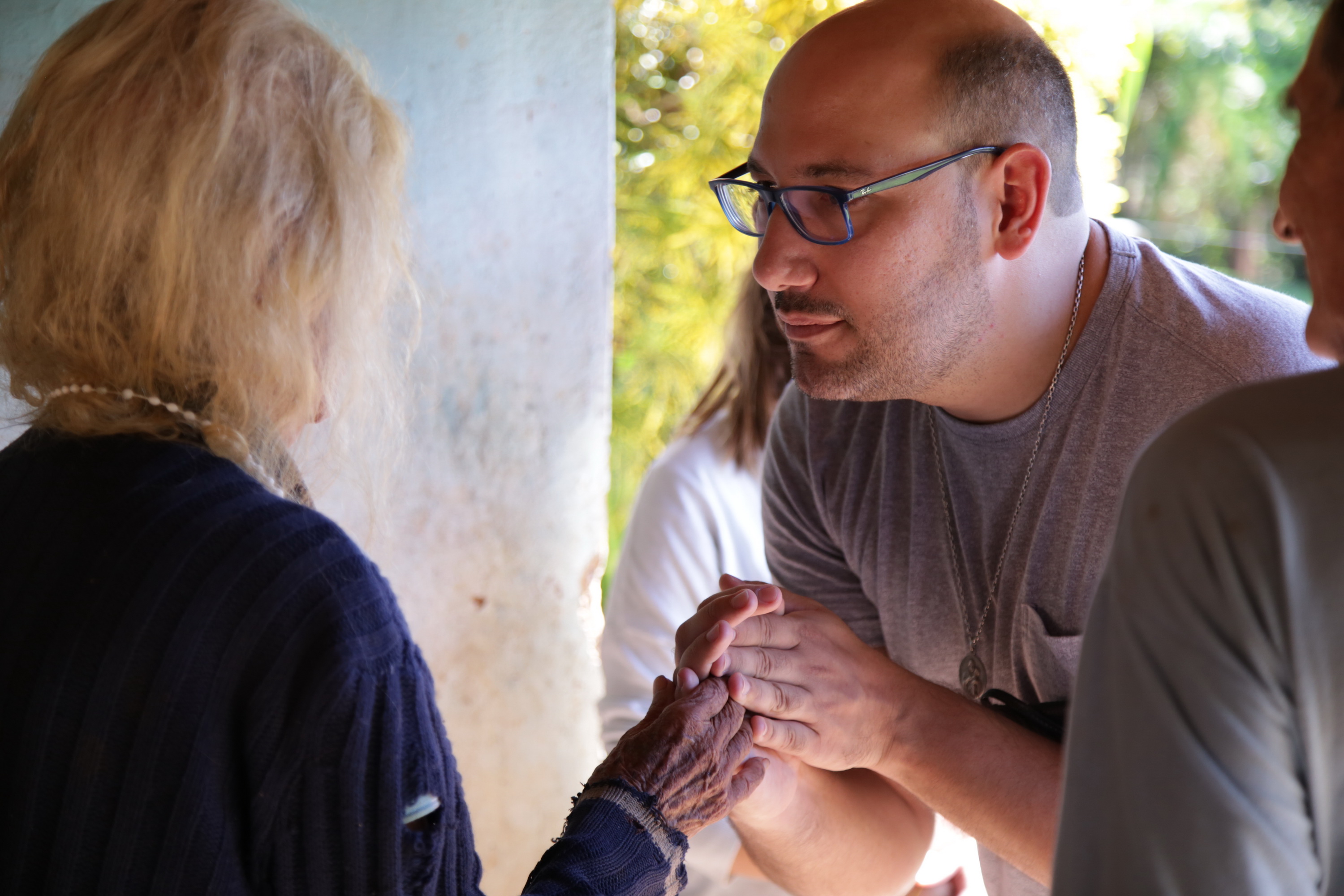 By the grace of God, I am an Extraordinary Eucharistic Minister, so Jesus had a special and different mission for me.

As I was getting ready to go with my mission family, the town “grandparents” asked that instead of going on mission with my group, would I go to two of the farthest companies to take communion to the sick and elderly? I could not refuse. It was Jesus himself who sent me, but at the same time I expected to be in thatched roof houses where the Nation reigns as the song says.

Carrying the miracle of love

It was a special joy to take Jesus on this of all days, Holy Thursday, when he decided to stay with us forever.

We visited two more houses and finally arrived at Ña Nicanora’s house; she is 98 years old, lucid and very strong. She was thankful that Jesus had come to her house, and that the Blessed Mother visited her. Mary is the Immaculate Conception, just as she told us.

Finally in every house, they asked for the grandparents’ blessing, a tradition deeply rooted in our country.

Convinced that Jesus had sent us and that we take the three admirable colors with us, we continued this mission because the hour of his Love had come.