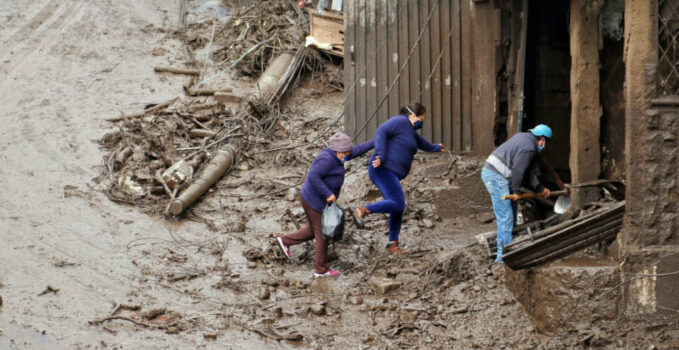 Posted On 2022-02-02 In Covenant solidarity, Schoenstatt - Reaching out, works of mercy

“On behalf of CACSPMEC (Cooperativa de Ahorro y Crédito) we want to donate some supplies for the natural disaster that happened in La Gasca. We would like to know what supplies they need the most.” Within minutes of sharing the call for donations by the Amparo y Formación Infantil Padre José Kentenich Foundation (“Niños de Maria”) on Twitter and Instagram, we received this message. Shocking the solidarity, shocking also how they communicated via schoenstatt.org at the same moment of the first donation by someone of us. Covenant of Love. —

On Monday, January 31st, mud, debris and even cars were swept away by a flood that occurred in the west of Quito, very close to the Schoenstatt Shrine, after a day of intense rains that marked a record of precipitation in the country. It especially affected the poorest neighborhood of the city, La Comuna, where “Niños de Maria” offers help to some three hundred children and their families.

The death toll rose to twenty-one, according to the latest update from Ecuador’s National Risk and Emergency Management Service. At least thirty-two people were also injured. Not to talk about the many destroyed and damaged houses…

Firefighters, police, and Armed Forces units, among other institutions, continue with rescue tasks, removal of debris and attention to affected citizens. 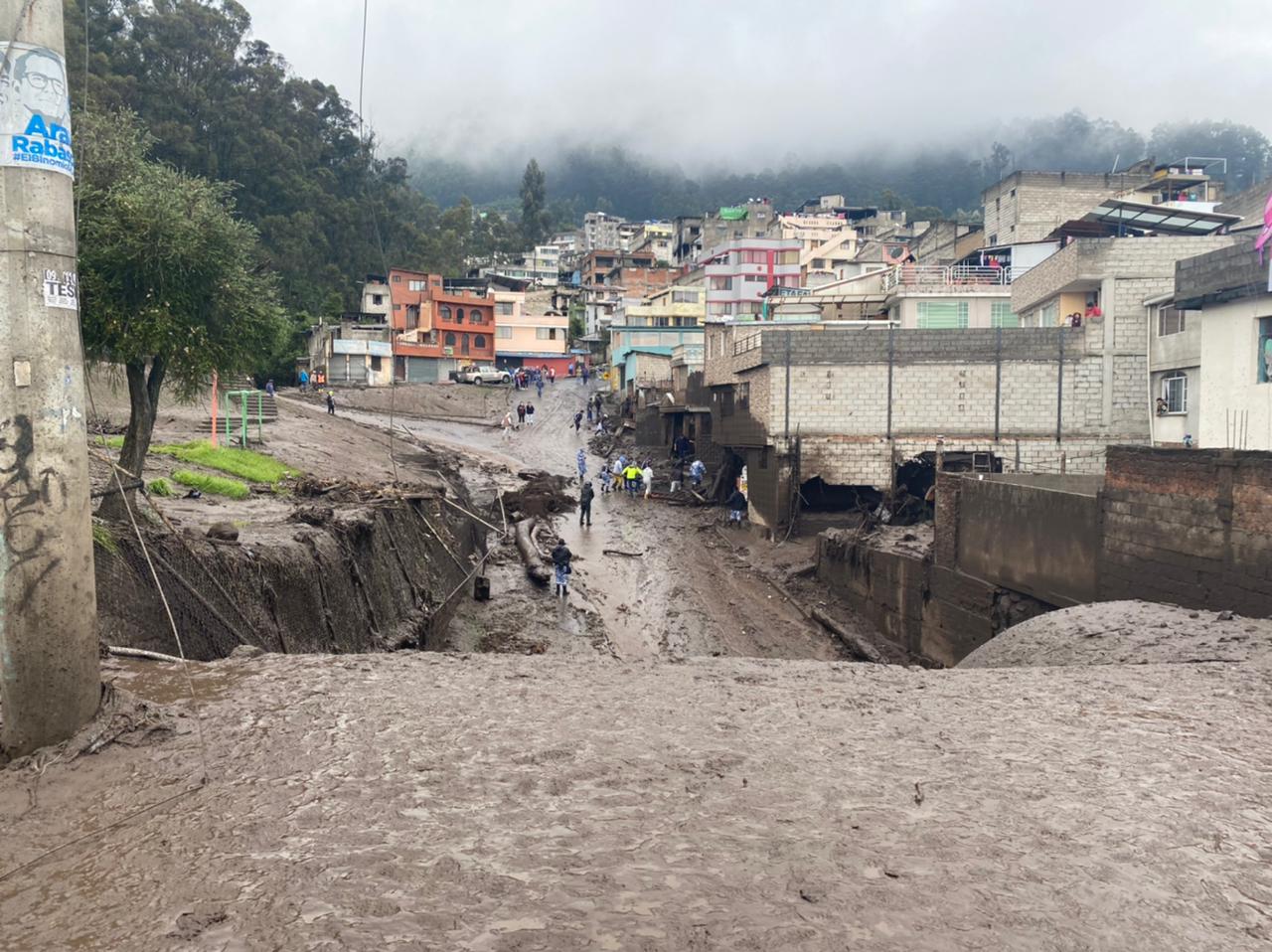 Many are praying for the victims. Some are getting down to work and organizing concrete help with sticks, picks, wheelbarrows, food, and money. There are families who do not even know how to pay for the burial of their deceased, in the middle of the pandemic… Let us remember, this is happening in the area of the “charity bags”.

On the part of “Niños de Maria” they ask for donations of food and tools from the people who live nearby and donations of money from all people with a solidary heart.

For monetary and in-kind donations in Quito, see below.

DONATIONS
For monetary and in-kind donations in Quito, see below.

For monetary donations from outside: www.ninosdemaria.org/donaciones 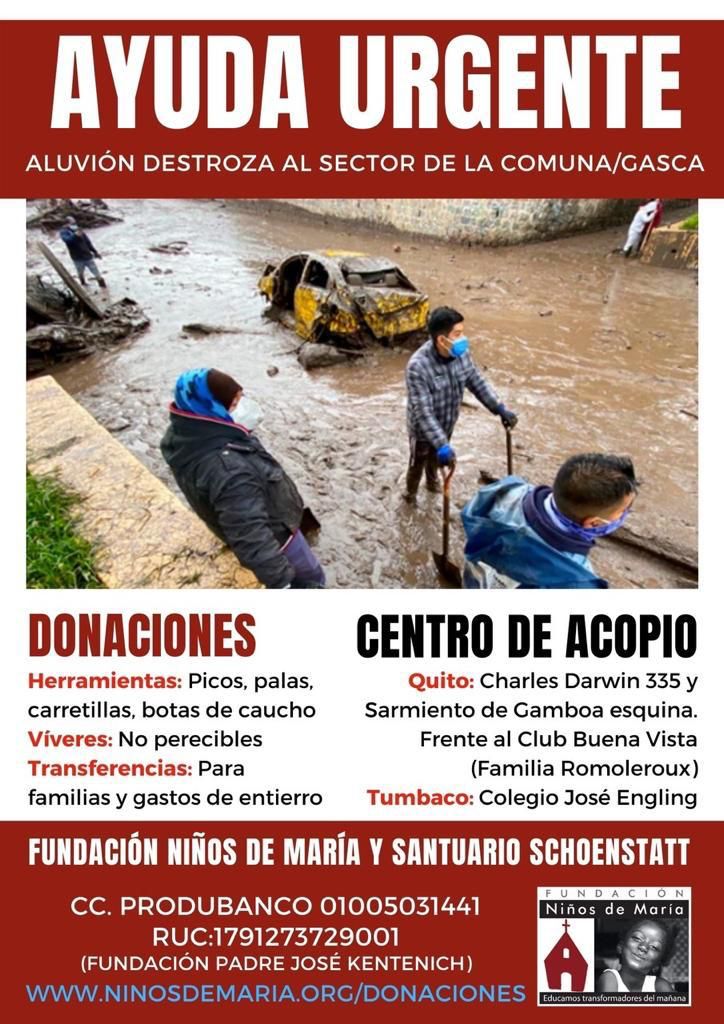