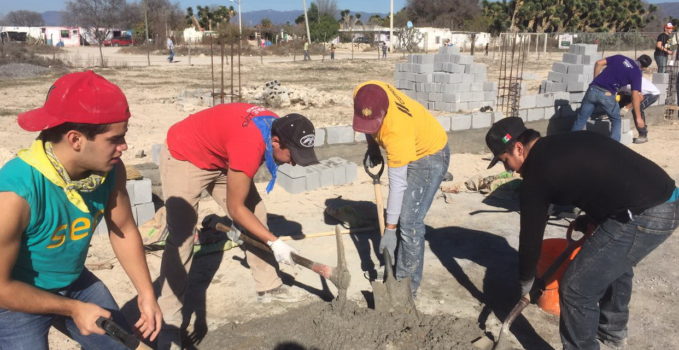 In December 2016, 45 youths from the Monterrey Schoenstatt Boys’ Youth went to “La Casita” [Little House] community to begin construction of a place worthy in which to adore and praise our Lord Jesus Christ and His Mother, our Blessed Mother.

La Casita is a community located in the state of Nuevo León, México, where approximately 300 people reside. They eagerly awaited the arrival of the missionaries, since the construction of this chapel represented a great desire to have a place to pray, worship and celebrate religious feasts. 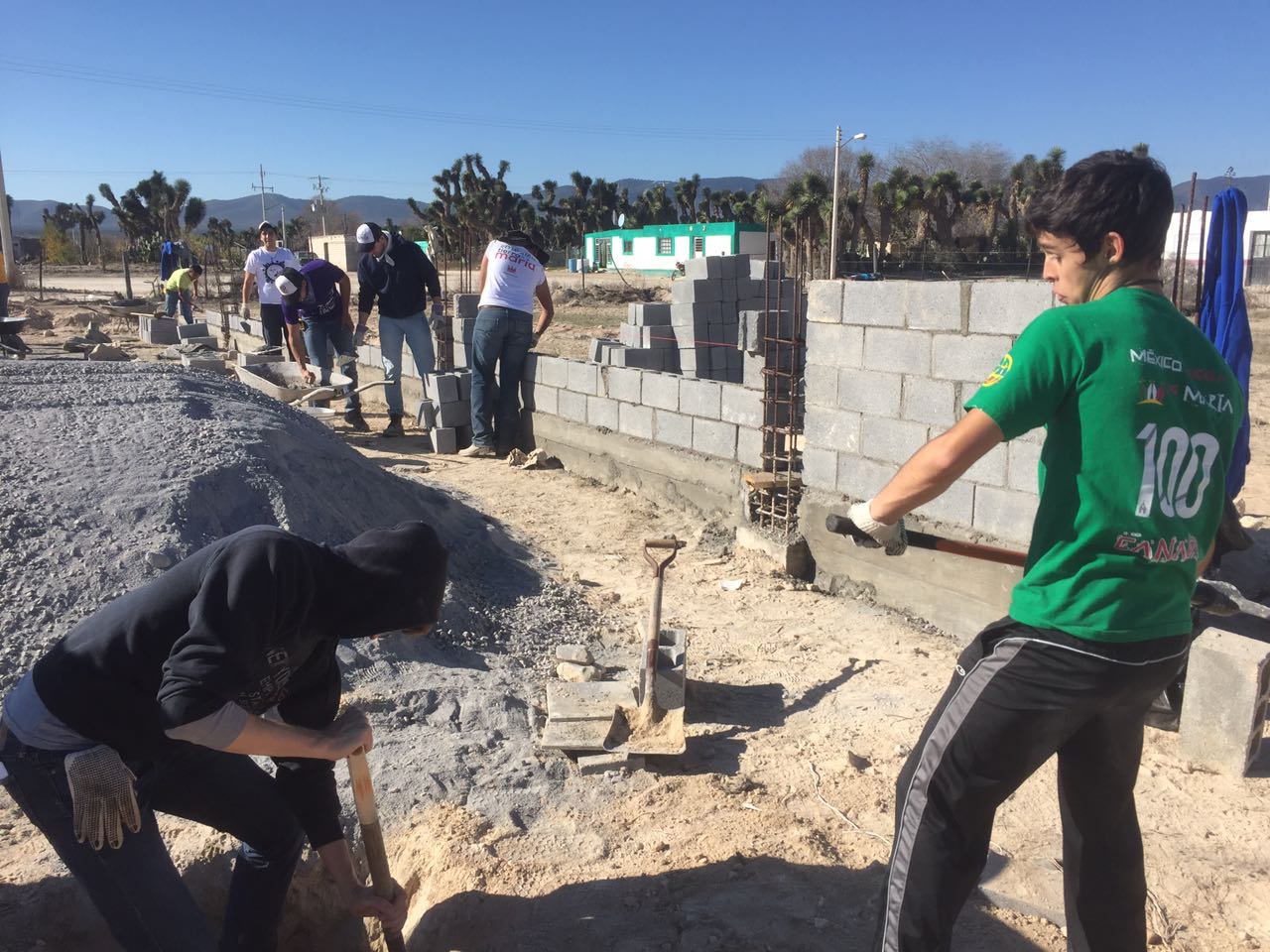 A mission with the Word and physical effort

Every winter since 2004, the Monterrey Schoenstatt Boys’ Youth has organized the “Machomisiones” [“Men’s missions”]. They are called this because only the men participate since the tasks to be done consist primarily in transmitting the message of loving God’s Word through the physical effort placed at the service of a community. They usually carry out remodeling for chapels or places for adoration.

This year however, unlike previous years, the “Machomisiones” were entrusted with the task of beginning construction on a chapel. It is important to mention that the mission and the youths’ commitment were to finish it. However, at this time their objective was to raise the four walls of the chapel.

At the start of the planning stage, the task seemed impossible, since the cost of the first phase was prohibitive. Moreover, they knew the difficulty of the work would be greater than on previous missions. However, with great faith and with the certainty that nothing is impossible for God, the missionaries began to look for the resources needed for this assignment. 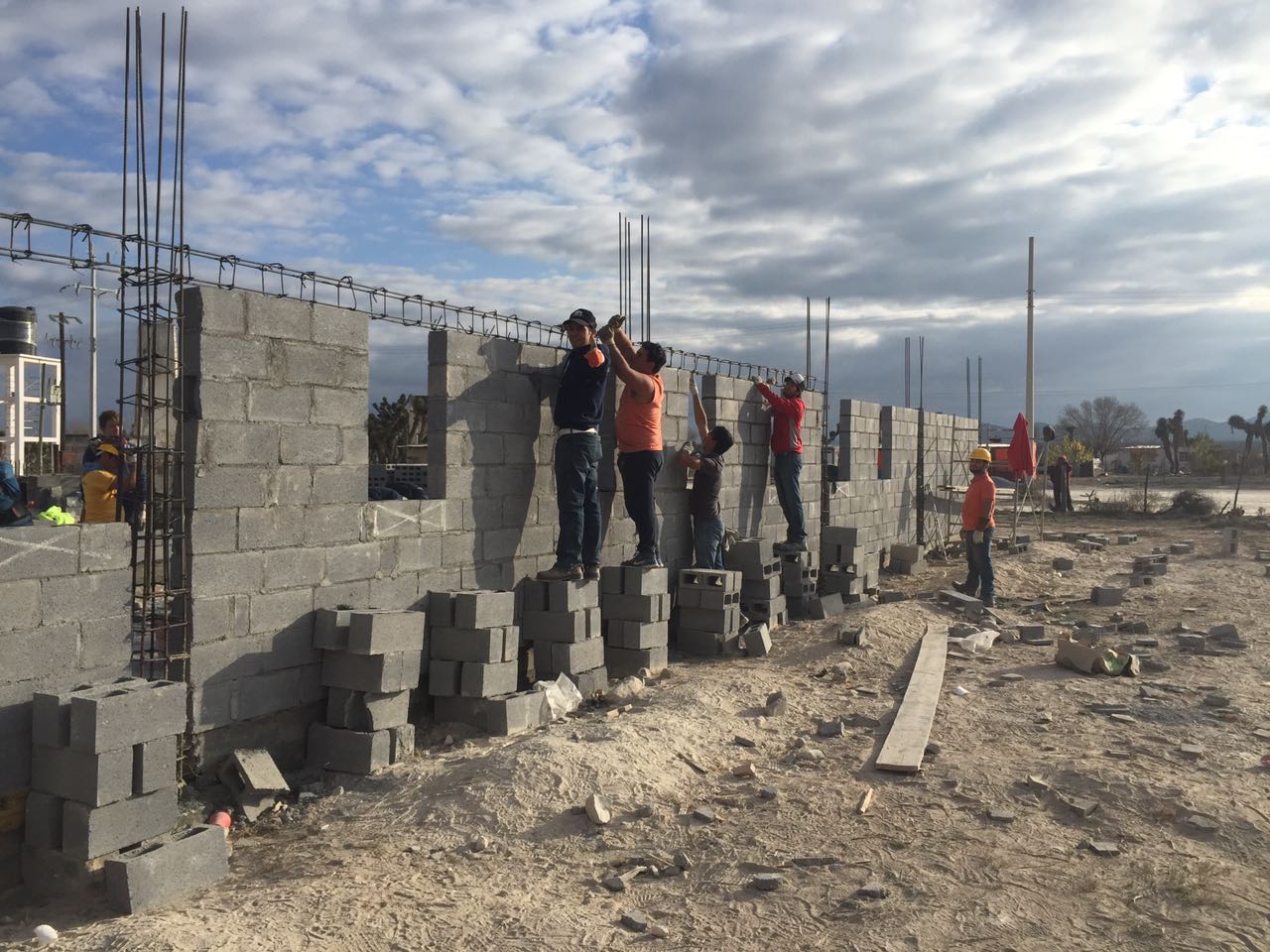 As the date approached, the estimated amount needed to buy the construction material still seemed out of reach, but persistent prayer continued.

As the date approached, our Blessed Mother began to “do her thing.”  Some families, who belong to the Family Branch, approached the missionaries offering their support through monetary donations and with materials.  Similarly, the Girls’ Youth offered their willingness and time to participate in a fundraiser that resulted in a large income toward the financial capital that was needed.

Somehow, God and the Blessed Mother took care of providing all the resources the missionaries needed to go to the community and give themselves completely to carry out their plans. 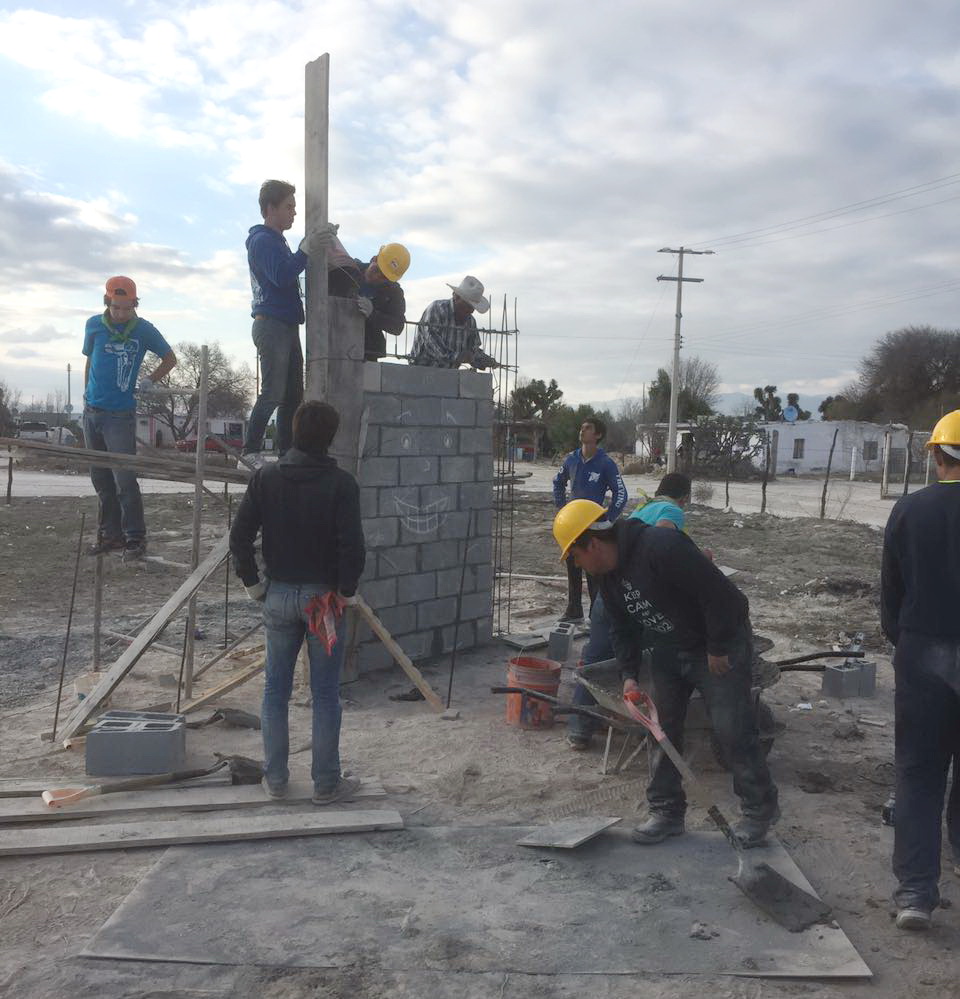 In different ways, everyone in the community expressed their desire to have the church. The children visited the construction site, and they encouraged the missionaries with their happy faces. The older men shared the desire to see the chapel finished, others helped to raise the walls, and the women organized in feeding the missionary workers. The people felt they were doing something for God.

As the days passed, the goal seemed distant for the missionaries. However, the commitment was clear: they could not return without finishing these four walls. Four times, they worked until dawn taking advantage of every single moment. Fr. Stefano Danerih, who reminded them of the reason for their effort, always accompanied them.

In the conversations among the youths, there were comments of surprise about the power of prayer, which was very evident– they were placing the cement blocks, but God and our Mother’s work raised the chapel. 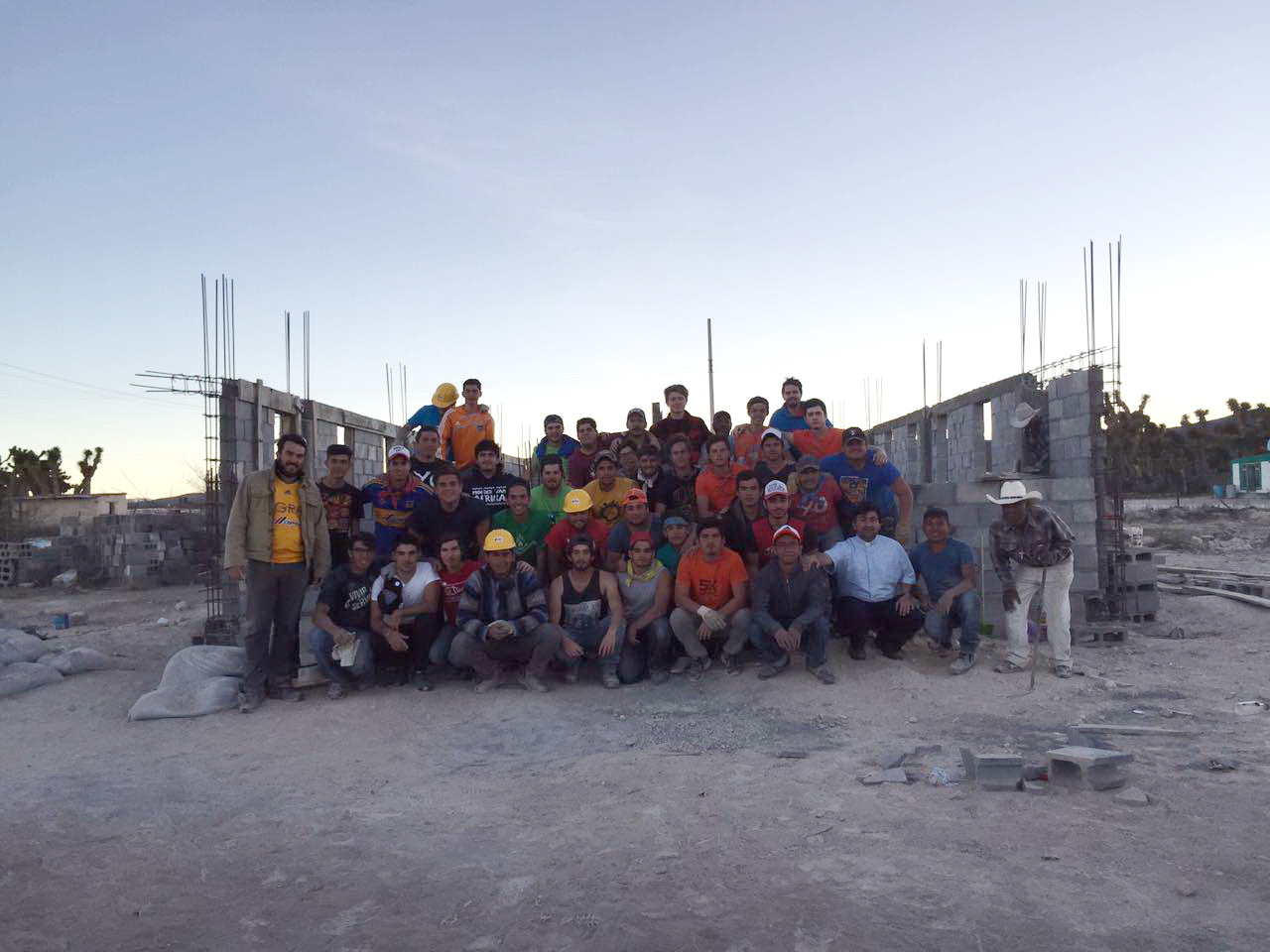 It was incredible to see how in 7 days, 45 missionaries with little (or almost no!) experience in construction, accomplished what at first seemed impossible: the four chapel walls were finished!

As if that were not enough, within an hour, Father asked the missionaries to clean the interior of the construction site and to put together benches with the wood in order to celebrate a Mass. Undoubtedly, the most exciting moment for the Machomisiones was in seeing the large number of families from the community in the chapel, because there they witnessed the fruits of their own effort. Thanks to their commitment, the residents of the community could gather to give thanks and to worship the Lord in the Holy Mass.

Currently the Machomisiones’ participants are already working on the second construction phase of the project, which consists in pouring a foundation and completion of the wayside shrine.

Fr. Stefano Daneri, the spiritual adviser of the young missionaries, expresses the Practical Faith in Divine Providence that this group demonstrates upon facing every mission: “When the Blessed Mother wants something, she takes care that it happens.”  That is how it was! 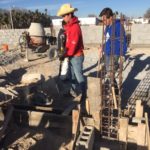 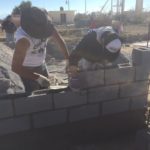 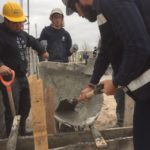