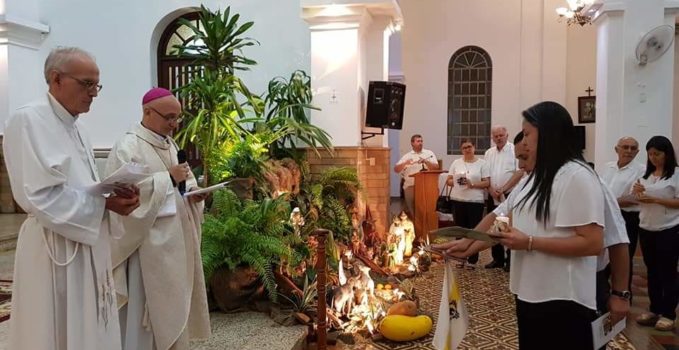 In Covenant with Fr. Kentenich toward the Encarnación shrine

On 6 January 2019, the Feast of the Epiphany, a large number of members of the Schoenstatt Family from Encarnación sealed their filial covenant with the Father and Founder in a touching ceremony at the Santísima Encarnación de María Cathedral in Encarnación, Paraguay.—

After preparation through workshops directed by “Club del Padre” (founded in 2017 that meets for a spiritual reading of Fr. Kentenich’s texts) and the commitment assumed, we hoped to seal our filial covenant in the presence of a Schoenstatt Father. In planning for that particular date, we considered Fr. Antonio Cosp, who frequently comes to take his vacation in January.

Not just one, but two Schoenstatt Fathers!

The Blessed Mother and the Father and Founder provided the gift from the Three Kings by having both Bishop Francisco Javier Pistilli Scorsara and Fr. Antonio Cosp, our jewel and founder of the Paraguayan Movement, con-celebrating Mass. We had not just one Schoenstatt Father, but we had two! They also carried out the covenant ceremony, and it was wonderful to take this step through the hands of both of them and with the gift of their paternity. We felt like the Father and Founder himself was among us. 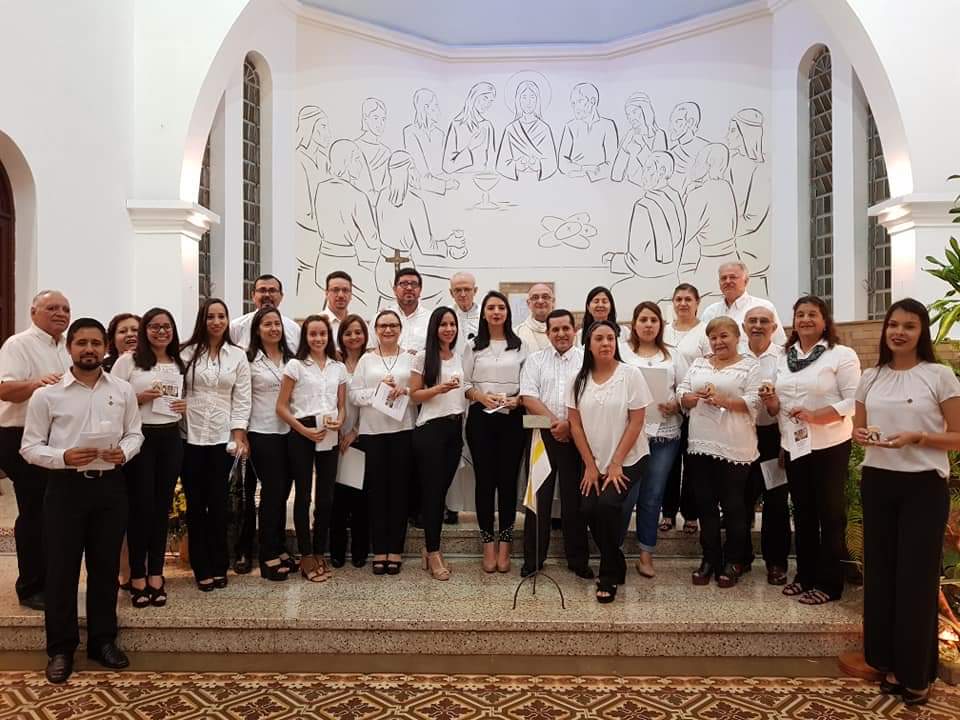 There were eighteen new allies, and six renewed their filial covenant. Then we signed the Covenant Book and shared a toast in the Cathedral’s St. John XXIII Parish Hall.

As a continuation of the Year of Fr. Kentenich and with the commitment of being his allies, we began with all our strength placed toward the spiritual and material conquest for the greatly desired southern shrine of the nation of God. 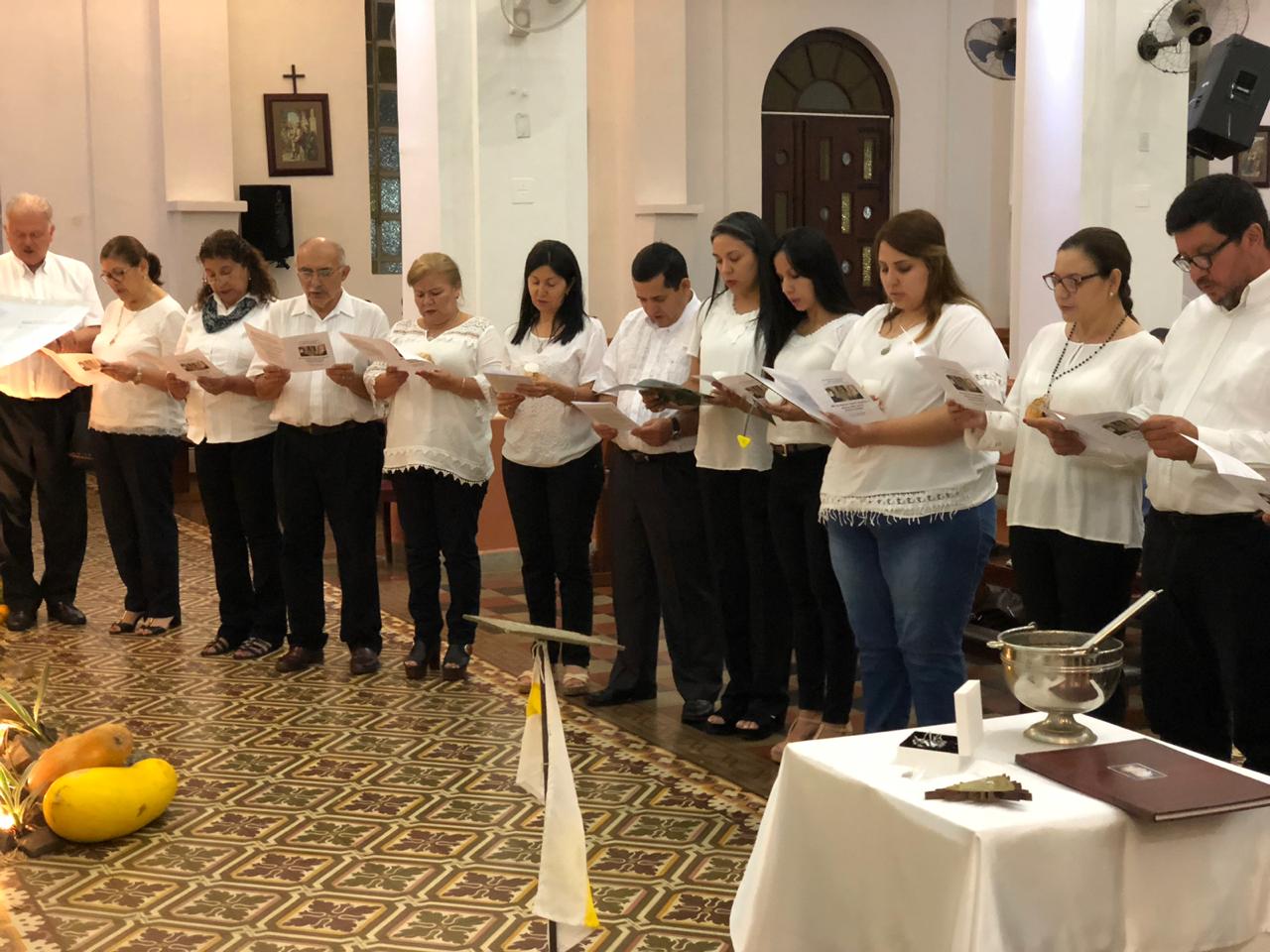