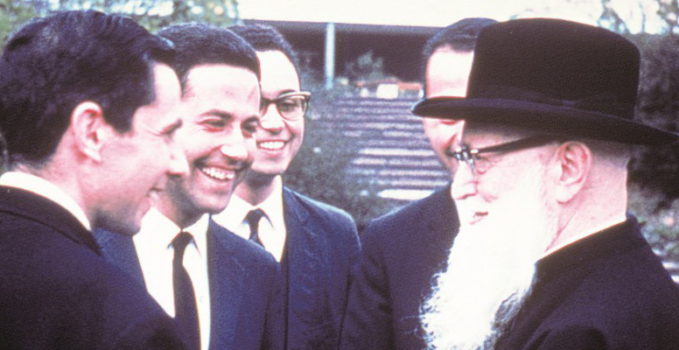 “Do you believe you have a part in my charism?” 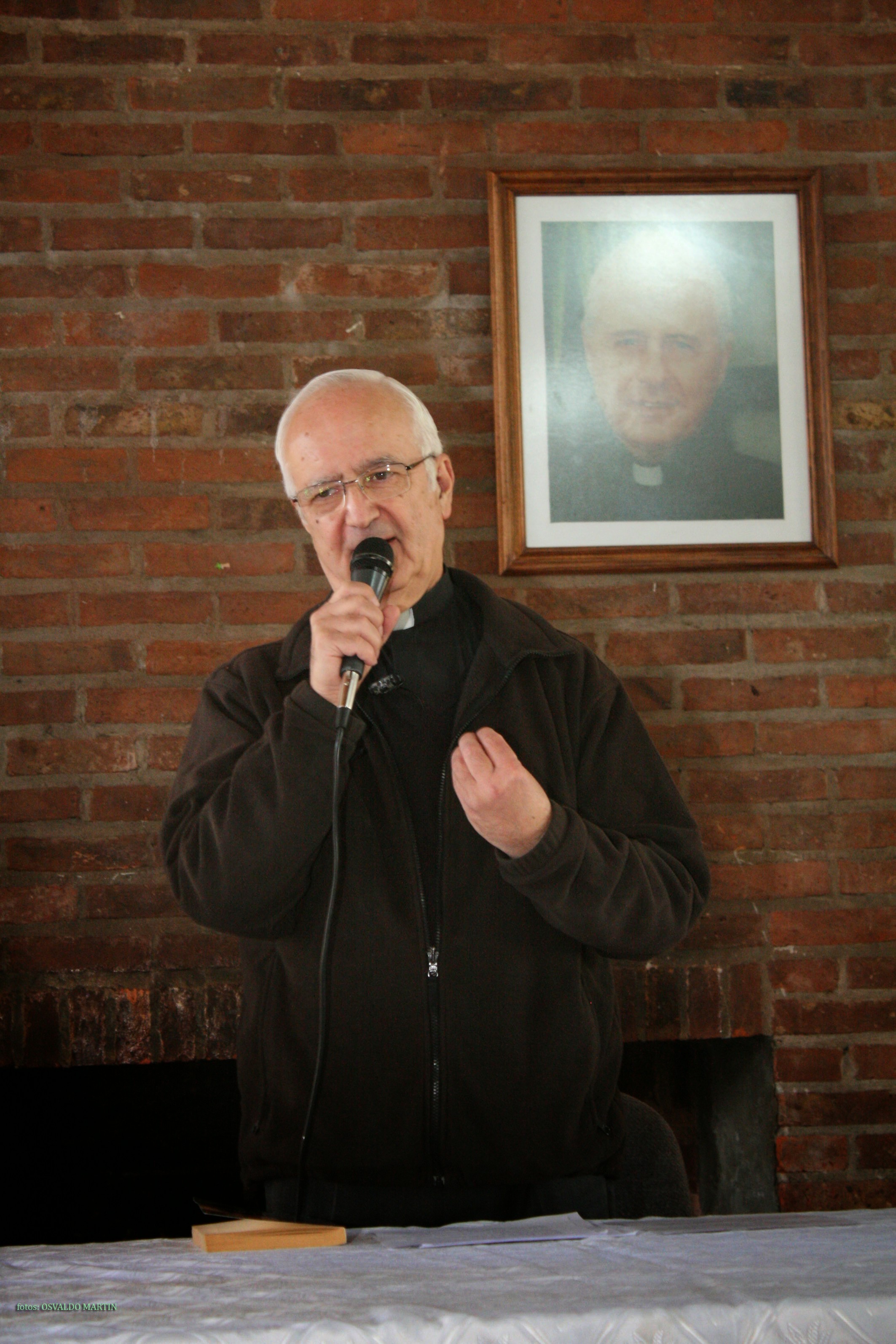 There are questions that touch bottom, that constitute a radical challenge; they are those that leave no alternative, they must be answered.  For example, this was Martha’s experience in Bethany (Jn.11: 26) when Jesus upon affirming “Those who believe in me will live, even though they die,” He asks: “Do you believe this?” “Yes, Lord, I do believe.”  This also was the question Father Kentenich asked a group of Schoenstatt Fathers who went to see him about problems they thought could not be solved:  “Do you believe you have a part in my charism?  Go for it!”

This question has been with me since we began to talk about the Year of Father Kentenich in the Family, in regard to the 50th anniversary of his Home-going.  This is a question we cannot avoid in this commemoration and for me has a clear vital context.  The years I lived in Rome representing the Movement on the Pontifical Council for the Laity placed me in contact with a reality that was surprising to me:  the number of religious communities at a standstill (stagnant) or on the road to nowhere.  Often during that time, a phrase from the theologian, Karl Rahner, came to my mind:  “One must have the joy of being born and of dying in the Church.”  He said it in reference to charisms that appear as meta-chronisms (a chronological error) and are extended in the history of the Church with a constant relevance to modern society.  They are charisms that remain.  Others, he would say, are for an enclosed time.  God responds to them in a concrete situation and then they disappear.  There are also charisms incarnated by true spiritual giants, but then languished because their followers did not know how or could not measure up (not up to stature).

Evaluating ourselves as Father’s allies

This experience has led me to ask myself about the mission projection of our Family, to again go over its history, its sources.  Upon doing this, I have renewed my astonishment for what our Father and Founder calls irruption and divine drive.  The entire spiritual development of the Family, whose pinnacle revolves around 20 January 1942, was an action of the Spirit in function of Father’s charism and mission.  A mission that on 31 May 1949 was entrusted to the Family, and points to its place in the Church.  Perhaps, motivated by the Year of Father Kentenich, it is good to carry out an examination.  The examination of Father’s allies, those he sought “raking the world.”  Examining us in the attachment to his person, attachment of children and allies.  Examining us in the present condition and vitality of his charism and mission in our lives.

Two Popes exhort us to live the charism “on the way”

For this we can count on two instances of encouragement, I could almost say, demands, of exception:  the words of St. John Paul II and of Francis.  The former told us in 1985: “You are called to participate in that grace which your founder has received, and subsequently to offer the same grace to the entire Church.  Then the charism of the founders proves to be an experience inspired by the Spirit which has been passed on to their own followers, so that they may live, protect, deepen and develop it further in communion for the good of the entire Church.”  These words from the Polish Pope were complemented by Pope Francis in Rome, in 2015, when he received the participants of the General Chapter of the Schoenstatt Fathers:  “I too am also concerned that you maintain the charism, and you transmit it in such a way that it continues supporting your lives and your mission… Loyalty, to maintain pure the charism, does not mean in any way to enclose it in a sealed bottle… so that it cannot be contaminated… No, the charism will not be preserved by keeping it locked up; it must be opened and let it come out so that it can enter reality, with people, with their problems and concerns.  Thus in this fruitful encounter with reality, the charism grows, it renews itself and reality is also transformed, it is transfigured by the spiritual power the charism has within itself.  Father Kentenich expressed it very well when he would say that one must be ‘with the ear at the heart of God and the hand on the pulse of time’…”

In Chile, in 1949, Father Kentenich repeated the act of confidence of 18 October 1914, when upon revealing his “favorite secret idea,” he says to the Sodalists:  “With confidence, I place it into your hands.”  In the Bellavista Shrine, it is about a petition said in what he called a situation of “helplessness:”  “You, in your own way, can help me to carry out the responsibility and share the mission of the Family.”  Help Father!  But to help him is to help the Blessed Mother who called him to assume his mission “for the present time.”  From here may be added:  “On the other hand, if you understand me well, I could add that not only I, not only you, but also the Blessed Mother is helpless before the situation… Then she, I express myself humanly speaking, anxiously looks for instruments who can help her carry out this mission…The Blessed Mother is helpless, she alone cannot do it.  It is an honor for us to be able to help her.”

On the occasion of the Year of Father Kentenich, we are given the opportunity to renew ourselves in the awareness and actuality of the legacy received, of the charism and mission that today depends on us.  Here we should recall Mary’s great promise that is in the Founding Document of the Family:  “Then from here I will draw youthful hearts to myself and educate them to become useful instruments in my hand.”  If today we form part of the Schoenstatt Family, it is because Mary drew us to educate us and entrust to us through our Father, “his mission for the present time.”

The Church has manifested to us, through the Popes, that not only does she acknowledge and accept the charism and mission of the Father of the Family, but asks us to make them fruitful in a creative way.  For this fruitfulness of the charism and mission, we must return to the first love.  The charisms that are maintained alive in the Church, those that conquer the time and trials, are those which each generation has been known to receive and to live as their own great love, the first and only one forever.  But they are also the generations that have accepted the challenge of time in the power and light of the Spirit, those that have been capable of having “the same sentiments” (Phil 2:5), and entering into the same thinking of the founder or foundress.  They are the ones that have captivated the same blessing to which Mary sings:  “his mercy extends from generation to generation.”  “Do you believe you have a part in my charism?  Well then, go for it!”  How to respond to the question and its imperative?  Repeat with a desiring heart:  “Father, our heart in your heart, our thinking in your thinking, our hand in your hand, your mission our mission,” Amen! 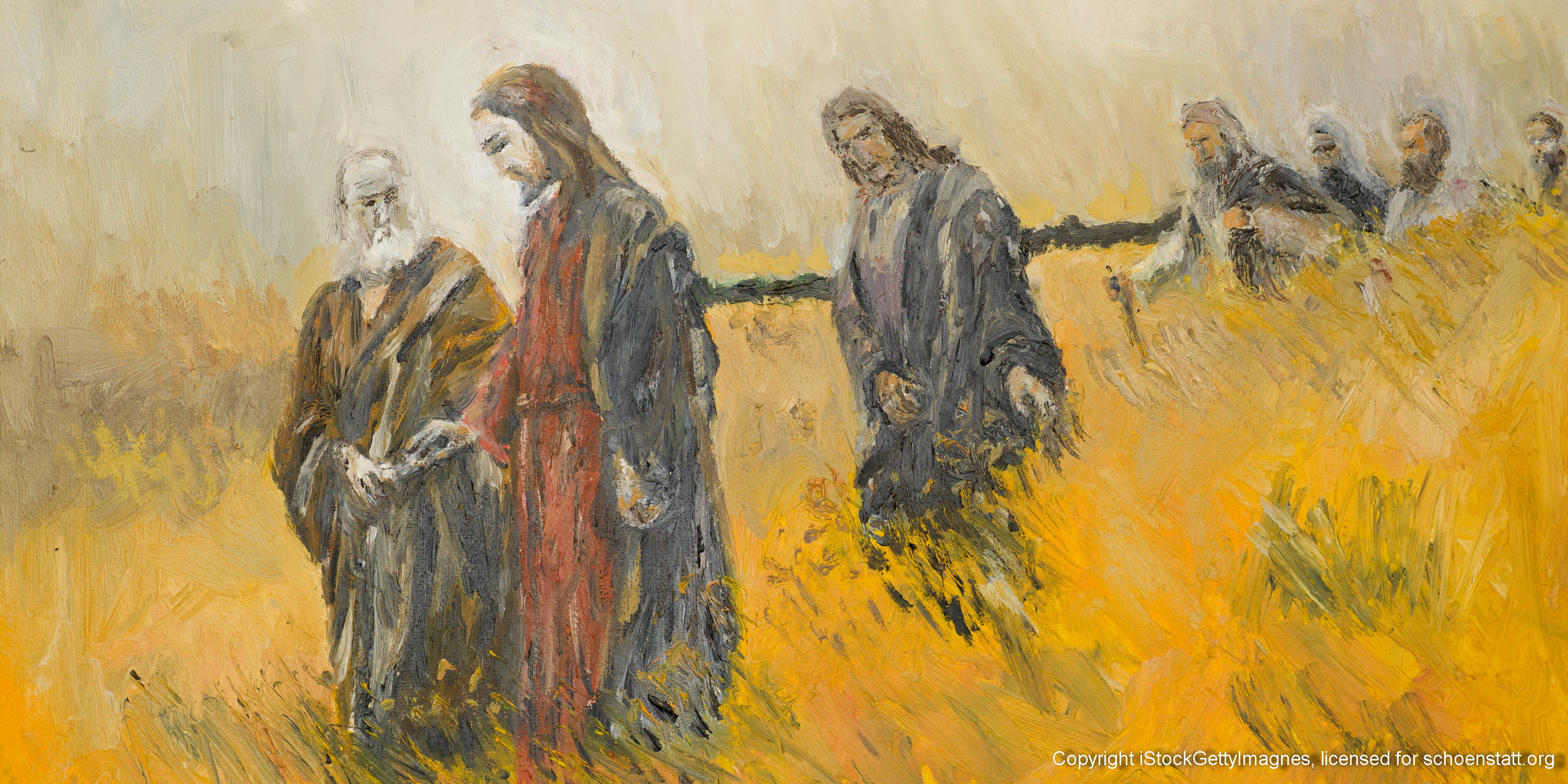