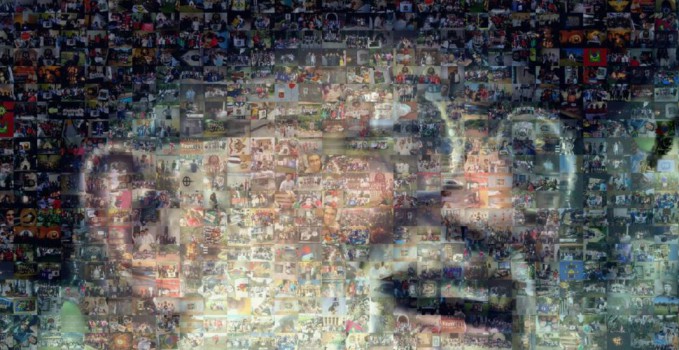 “Who Sees Me, Sees the Father”

The year 2015, when we celebrated the fortieth anniversary of the Schoenstatt Young Men in the South-East Region, was marked by intensive currents of life, in particular through the resonance of the centenary celebrations of the covenant of love. Among the many spiritual inspirations in the Region, one thing came more and more to the fore: our founder, Fr Kentenich. He was present in various ways, for example, in the motto of the Schoenstatt Family: “With you, Father, a Family in the Covenant in Holiness and Mission”, or the motto of the Tabor Misiones of the Youth: “With you, Father, we accept responsibility for the new century!” Many groups are preparing themselves to enter into a covenant with Fr Kentenich.

In view of the many events connected with our Father and Founder we dare to say that Providence is inviting us to enter into a deeper attachment to him, and this has motivated us to take an historic decision: Working for a picture of Father for the house of the Men’s Youth in the South-East Region in Jaraguá. The suggestion was both new and unique: We want a picture of Father that expresses our longing to continue our mission with him and like him – to be a father and to be holy like him; to accept responsibility for Schoenstatt’s new century with the same love as he showed at the founding hour and until the end of his life. Inspired by the words of Jesus to Philip (Jn 14), we also want to be able to say, “Who sees me, sees the Father”.

Something about the forty years of the Region

The Schoenstatt Men’s Youth was founded in the South-East Region on 25 January 1975. The occasion was the invitation of a young priest, Fr Ottomar Schneider, to a football team in a suburb, Jaraguá, of São Paulo, to attend “a somewhat different” camp. From then until today the Blessed Mother has taken on her role as educator, and guides this history that has lasted forty years. Today it is alive in 15 towns in this region.

Working for the picture of our father

The picture of our father was created as a mosaic from many, many photos of the JUMAS members from the various towns. We connected with it the spiritual contribution. Among other things it was suggested

In the end there were 1.104 photos sent from the whole region, and more than twenty suggestions for the choice of a photo of our father. After a week of selection it was a great joy to share with the whole Brazilian Men’s Youth and elsewhere the picture (cf. photo at the start of this article) we are sending to the house of the JUMAS.

In order to raise the funds for the picture of our father we made t-shirts that recall the forty years of the JUMAS in the South-East.

Solemn hanging of the picture in the house of the JUMAS

The celebration of hanging the picture of our father in the house of the JUMAS in Jaraguá will take place on 13 December. All are warmly welcome!

Tribute on our founder’s birthday

Finally all the JUMAS were invited to present a small offering in the social network to honour Fr Kentenich on his birthday: a posting on Facebook, a Tweet, a Whatsapp announcement, the picture of Fr Kentenich as their profile – simply anything that could help someone who sees us to literally see our father!

Dear Blessed Mother, we are most grateful for your faithfulness to the covenant of love you have entered into with the JUMAS in the South-East Region over the past forty years. We ask you, bless our Branch and increasingly promote in the hearts of our youth today the will to be true apostles of our father and founder mission. 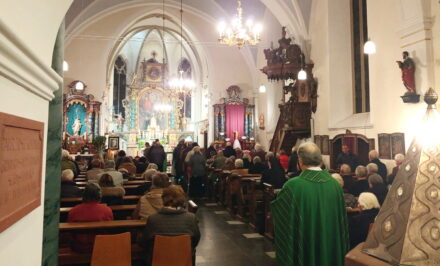 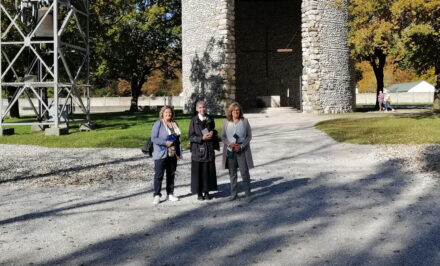 “Until now it has been a limited work. Now it has broken through this framework and become international.”

My Dachau becomes a Shrine 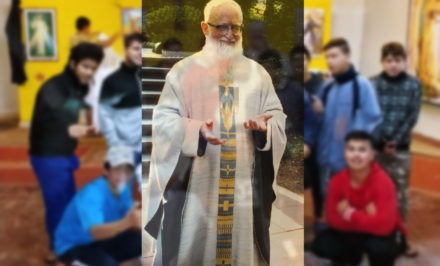 Kentenich Pedagogy on the Periphery (4)