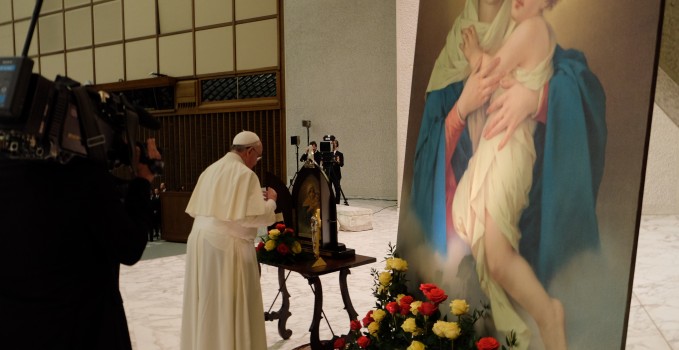 Under the mantle of Mary, you can rediscover the creativity and strength to be protagonists of a culture of alliance and thus to generate new paradigms to guide the life of Brazil”
Pope Francis to the youth of Brazil at the closing of Rota 300, 29.07.2017

“I still hadn’t read the Pope’s message. I hope you can share it on schoenstatt.org because it confirms what he told us in 2014 in Paul VI Hall,” commented Fr. Alexandre Awi, the Secretary of the Dicastery for the Laity, Family and Life in Rome, after he read Pope Francis’ greeting to the young people gathered in Brazil for the closing of the “Rota 300” project at the Basilica of Our Lady of Aparecida, found in the waters of the Paraíba River.

It is the first time — at least from what I could see by searching schoenstatt.org – that Pope Francis has used an expression so familiar to us — culture of alliance — which we understand as covenant culture, since he spoke about it in that blessed jubilee audience on 25 October 2014.

A culture of encounter is a covenant culture, and this creates solidarity

This message obviously challenges us to deepen our covenant culture, to live and not to confuse it with the cultivation (very necessary) of our Covenant of Love or the peaceful coexistence of the different communities within Schoenstatt; moreover, it challenges us to unite ourselves with the Brazilian youth by being, sowing and creating a covenant culture, as architects of a new society that permeates with the power of the Gospel in social, political, economic, university, family and church environments… 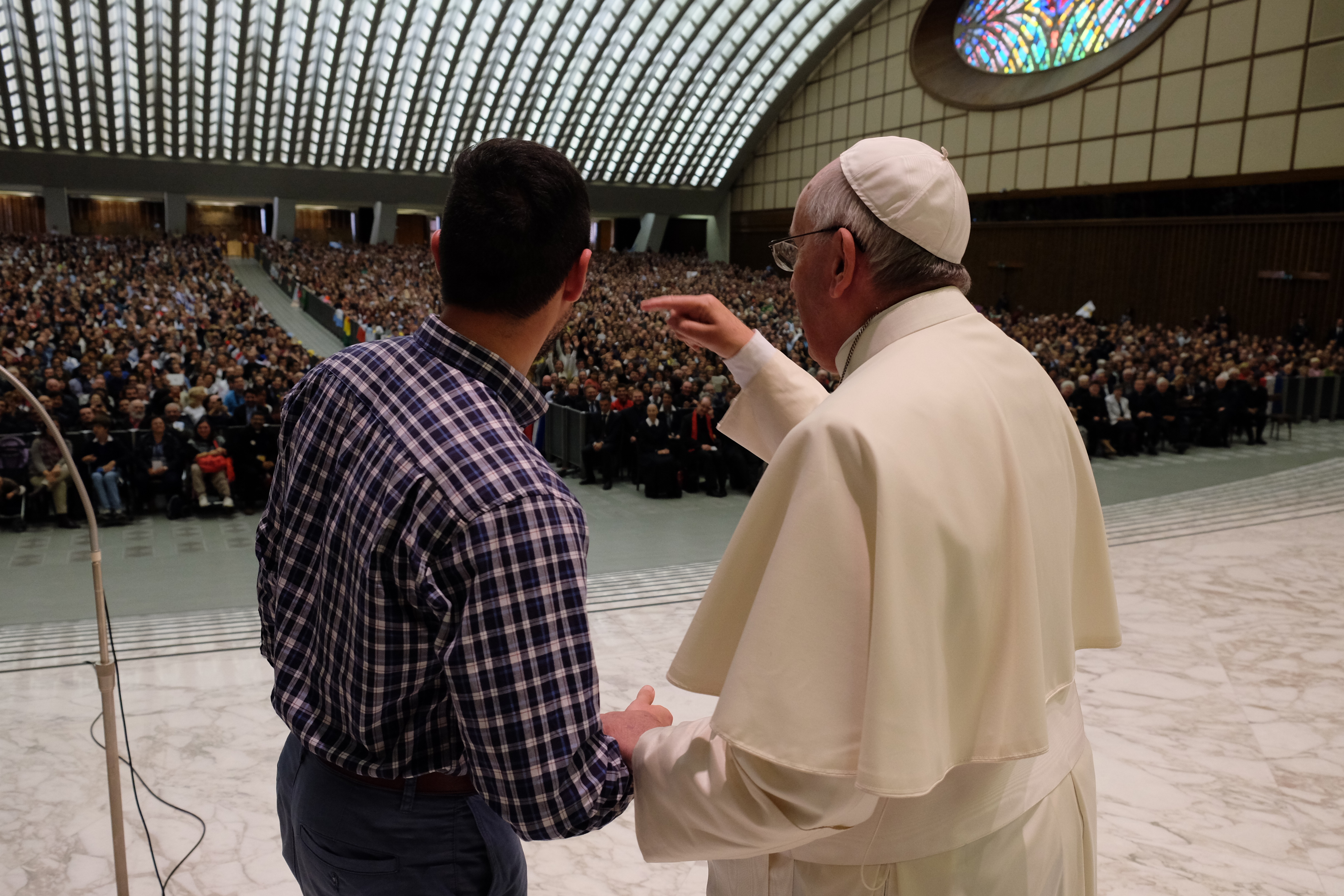 MESSAGE OF THE HOLY FATHER TO THE PARTICIPANTS IN THE NATIONAL MEETING OF YOUNG PEOPLE  AT THE SHRINE OF APARECIDA (28/29. 07. 2017)

I warmly greet you, the young of Brazil, gathered in Aparecida for the closing of the “Rota 300” Project, in this Marian Year that commemorates the 300th anniversary of the discovery of the image of Our Lady in the waters of the Paraíba do Sul river.

For this occasion, I would like to highlight one aspect of the Message that I wrote to you this year for the 32nd World Youth Day: the Virgin Mary is a valuable example for the young and a help on the journey along the road of life. For you to perceive this truth, no great reflections are necessary; it is enough to contemplate the image of the Mother Aparecida during your pilgrimage to the National Shrine. I myself had this experience when I was there in 2007, on the occasion of the Fifth Latin American Episcopal Conference and then in 2013, during World Youth Day in Rio de Janeiro.

I was able to discover there, in the tender and maternal gaze of the dark-skinned Virgin and in the eyes of the simple people who contemplated her, the secret of the hope that inspires the Brazilian people to face the challenges of each day with faith and courage. I was also able to contemplate the revolutionary force of a loving Mother who moves the hearts of her children so that they come out of themselves with great missionary impetus, just as you did during the missionary week, which has just come to an end in the Paraíba Valley. Congratulations for this witness!

Dear friends, amid the uncertainties and insecurities of each day, amid the precariousness that situations of injustice create around you, be sure that Mary is a sign of hope who will encourage you with great missionary zeal. She knows the challenges with which you live. With her maternal attention and companionship, you will realize that you are not alone. In this sense, it is worth remembering the story of those poor fishermen, who, after fishing in the Paraíba do Sul river without great results, once again launched their nets and were surprised to find an image of Our Lady, covered in mud. First they found the body, then the head. As I commented to the Brazilian bishops in 2013, this fact has in itself a very significant symbolism: that which was divided is unified once more, like the heart of those fishermen, like colonial Brazil itself, divided by slavery, which finds its unity in the faith inspired by that black image of Our Lady (cf. Address to the Bishops of Brazil, 27 July 2013). That is why I invite you also to let your hearts be transformed by the encounter with Our Mother Aparecida. May she transform the “nets” of your life – networks of friends, social networks, material and virtual networks, realities that are often divided – into something more meaningful: a community. Mission Communities “on the move”! Communities that are the light and leaven of a more just and fraternal society.

So, integrated in your communities, do not be afraid to risk and commit yourself to building a new society, permeating the social, political, economic and university environments with the force of the Gospel! Do not be afraid to fight corruption and do not be seduced by it! Trusting in the Lord, Whose presence is a source of life in abundance, and under the mantle of Mary, you can rediscover the creativity and strength to be protagonists of a culture of alliance and thus to generate new paradigms to guide the life of Brazil (cf. Message to the CELAM Assembly, 8 May 2017 [not available in English]).

May the Lord, through the intercession of Our Lady of Aparecida, renew hope and missionary spirit in each one of you. You are the hope of Brazil and the world. And this newness you bring is already starting to be built today. May Our Lady, who in her youth knew how to courageously embrace the call of God in her life and to go towards those most in need, go before you, guiding you on all your paths. And to this end, I impart to every one of you my apostolic blessing, which I extend to your family and friends, and I ask you, please, to please pray for me too.

Audience: A Culture of Encounter is a Covenant Culture, and this creates solidarity