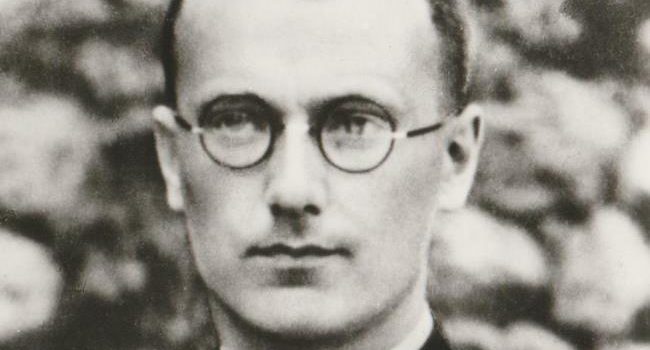 After more than six years of preparation for the beatification process for Franz Reinisch on the diocesan level in Trier, this phase will be solemenly concluded on 28 June 2019.—

As the Postulator of the beatification process, Emeritus Professor  Fr Dr Heribert Niderschlag SAC announced, this conclusion will most probably take place with Holy Mass at 9.30 a.m. in the Church of Our Lady immediately next to the Cathedral. This will be followed by the final session of the “Causa Reinisch” in the Gothic Hall (in the Cathedral cloisters).

“I think, speak and act not what and because others think, speak and act, but because it is my conviction!” A saying of Fr Franz Reinisch which is valid not just for the Nazi period. He was a Pallottine Father, he was a Schoenstatter, he was a man who felt so obliged to follow his conscience that he went to his death on that account. 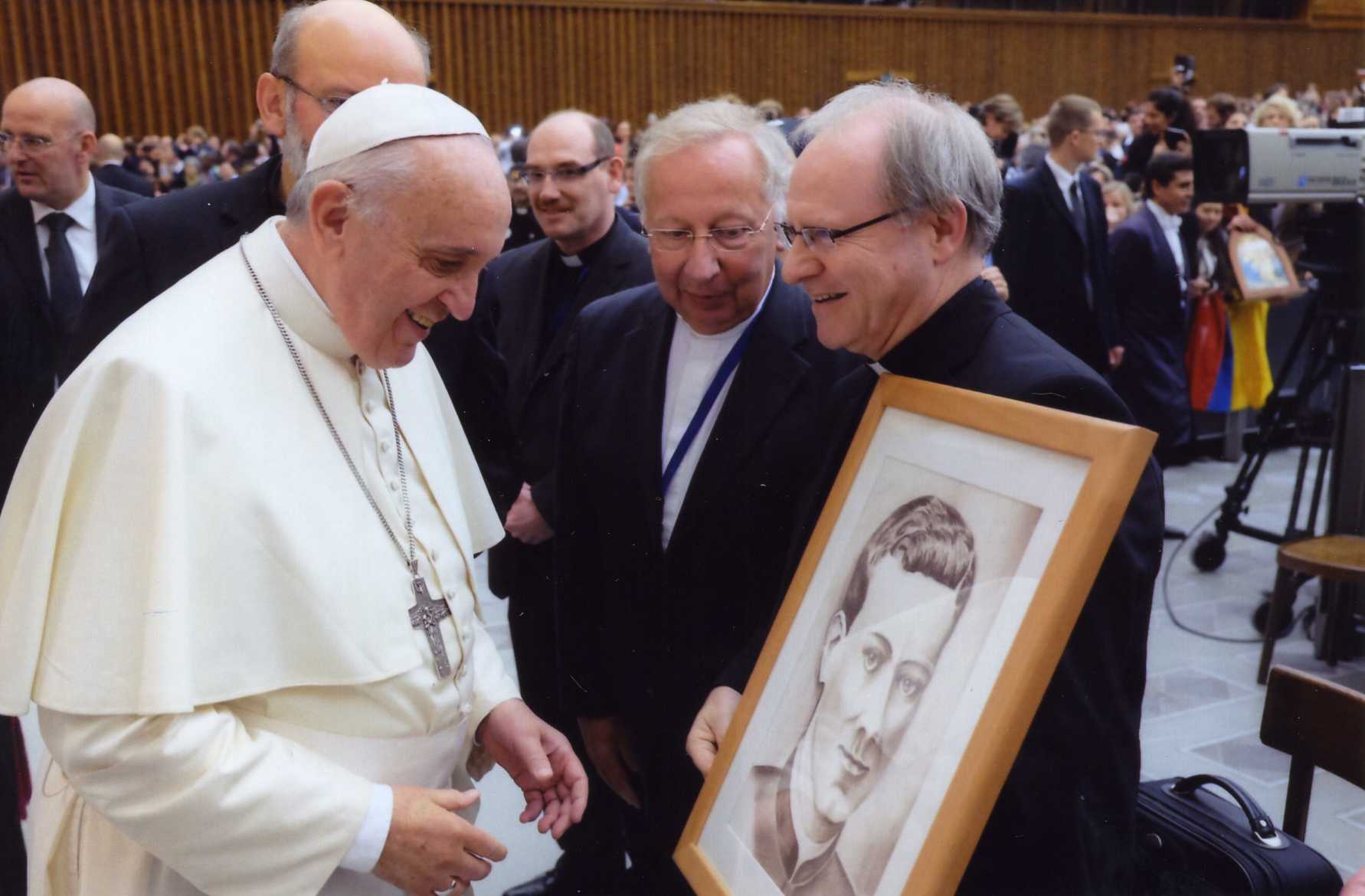 Pope Francis blesses a picture of Fr Franz Reinisch for the Reinisch Room in the International Schoenstatt Centre in Belmonte, Rome, during the Jubilee Audience of the Schoenstatt Movement 2014. Photo: Osservatore Romano, licensed for schoenstatt.org.