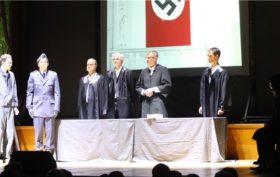 “As a Christian and Austrian I can never swear the oath of loyalty to a man like Hitler.”

GERMANY, Press Office, Erfurt Diocese • “As a Christian and Austrian I can never swear the oath of loyalty to a man like Hitler.” Fr Reinisch remained true to his conviction, but he paid for it with his life. The decision in conscience and development of this priest, who was guillotined in 1942 at the age of 39, are the subject of this musical, which will be performed on Sunday, 16 June at 5 p.m. in the Congress Centre in Erfurt. “Dangerous: Franz Reinisch. Musical about an Upright Man.” ErfurtRead More 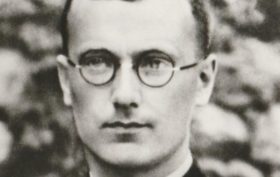 GERMANY, Editorial Board • After more than six years of preparation for the beatification process for Franz Reinisch on the diocesan level in Trier, this phase will be solemenly concluded on 28 June 2019.— As the Postulator of the beatification process, Emeritus Professor  Fr Dr Heribert Niderschlag SAC announced, this conclusion will most probably take place with Holy Mass at 9.30 a.m. in the Church of Our Lady immediately next to the Cathedral. This will be followed by the final session of the “Causa Reinisch” in the Gothic Hall (inRead More