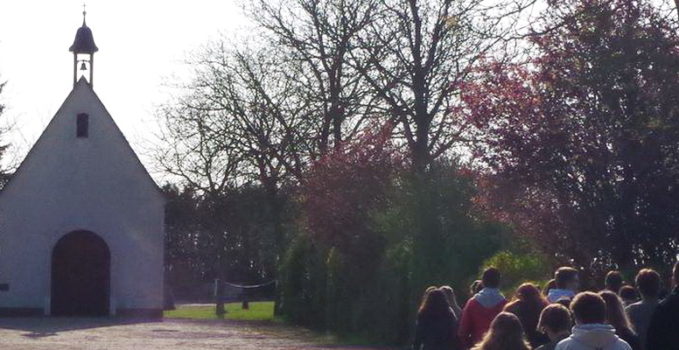 Centenary of a sacrifice…see you soon!

We share a letter by Fr. Jean-Marie Moura, a French Diocesan priest whom Bishop François Garnier from the Diocese of Cambrai assigned to take responsibility for the pastoral work at the shrine in Cambrai. This shrine, built as a gift from the entire International Schoenstatt Family in 1965, has very little Schoenstatt life around it today. The bishop, who is a great friend of Schoenstatt, did not want to abandon it. Fr. Jean-Marie started by spreading the PIlgrim Mother Campaign, with great sucess.

My dear friends from the shrine, 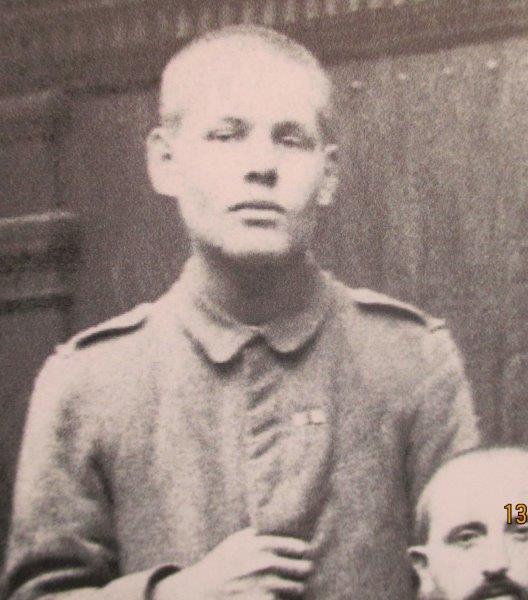 I am only sending this letter today, even though I wrote it on the 4th [of August].  Four is an important number for this blessed place in the Diocese of Cambrai, where the Germans and the French built a small chapel for two important reasons.

Firstly, on 4 October 1918, a young 20-year old German soldier, Joseph Engling, offered his life to God through the Virgin Mary in Thun St. Martin in northern France. He was preparing to become a missionary priest. His sacrifice was given freely for the Marian Schoenstatt Movement which had carried him through that hideous war, a movement which has spread throughout the world and offers the peace that his “dear Mother” dearly loves to give to everyone.

The second reason for building the chapel was the burning desire by the members of the movement to see the return of their founder, Fr. Kentenich, among them before his final journey to heaven. He had been living in the United States in exile for 14 years and was already 80 years old…The day after the blessing of the shrine by Bishop Henri-Martin-Félix Jenny on 12 September 1965, this wish was granted!

Joseph Engling’s desire has also been wonderfully granted and the tree of Schoenstatt does not stop growing and flowering! Today, we have 100,000 members on all continents.

“How often in world history have not small and insignificant beginnings been the source of great and greatest accomplishments?” This what Fr. Kentenich, a young priest at the time, told the teenage boys of his new Marian congregation on 18 October 1914.

This place, lost in the pastures of Cambrai just five minutes from the highway, reminds us of Jesus’ parable about the man who found a treasure in a field… (Matthew 13).

Over the last two years, I have been amazed to discover the evangelizing power of this international movement, at the heart of a world that is desperately looking for the meaning of life.

Many people have heard me say: “we saw this chapel in the distance, or passing by, but we didn’t know.” God’s time is not our time…

Now, the time has come to know more about this “beautiful place” (Schoenstatt) and its Marian spirituality that leads us to the heart of the Eternal Father.

The centenary of the death of Joseph Engling, whose beatification process is going well, on 4 October 2018 is an unhoped for occasion for him to finally be known “as one of the most beautiful stars in our European flag,” as Bishop François Garnier said so beautifully.

“Schoenstatt, a tree that always flowers!”