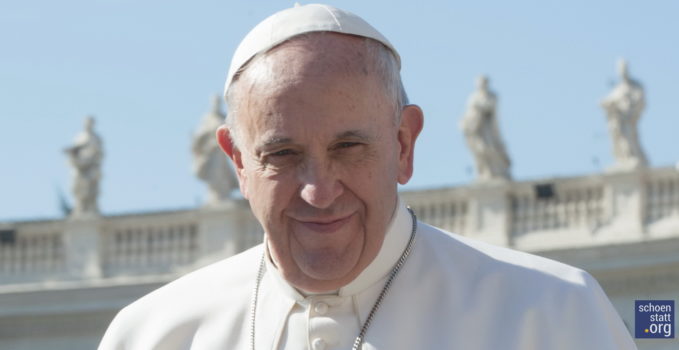 Posted On 2017-08-23 In Covenant solidarity with Francis, Francis - Message

After the Angelus on the Solemnity of the Assumption of the Virgin Mary, Pope Francis asked the Mother of God for the gift of consolation and a peaceful future for those who suffer as a result of natural disasters and the conflicts that assail many parts of the world.

“To Mary Queen of Peace, who we contemplate today in the glory of Paradise, I once again want to entrust the anxieties and pain of the people who in many parts of the world are suffering as a result of natural disasters, social tensions or conflicts,” said the Pope.

“May our heavenly mother obtain consolation for all and a future of peace and harmony!” he prayed.

In solidarity with Sierra Leone

In a telegram to the Archbishop of Freetown (Sierra Leone), Edward Tamba, Pope Francis expressed his condolences for the death of 300 people following a landslide.

Through the Cardinal Secretary of State, Cardinal Pietro Parolin, the Holy Father expressed his “deep sadness for the devastating consequences of the landslide outside Freetown” and gave assurances of his closeness “during this difficult time to those who lost their loved ones.

“He prays for all those who died, and invokes divine blessings of strength and consolation and their afflicted family and friends.” He also expressed his solidarity for the “rescue workers and all those involved in giving the necessary relief and support for the victims of this disaster.”

On 14 August, in the early hours of the morning, strong rains caused heavy flooding in Regent, a few kilometres outside Freetown. The rain became rivers of mud and caused part of a hill to collapse.

According to the local daily newspaper “The Sierra Leone Telegraph,” of the first 200 bodies recovered, 60 were children.

We make Pope Francis’ prayer our own and we pray with him for Sierra Leone and all the victims of fires, floods and natural disasters in recent days, as well as the victims of many violent conflicts — and we bring this to the Capital Grace, the solidarity aspect of our covenant of love.