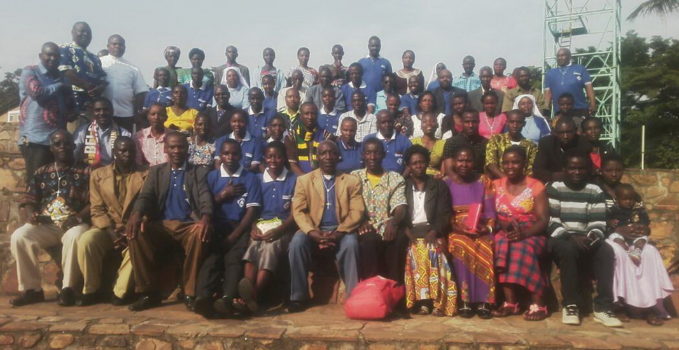 Pilgrims from Tanzania in the Mont Sion Gikungu Shrine in Burundi

On Saturday, 17 June, Fr. Romuald Kajara, a diocesan priest and coordinator of the Schoenstatt Movement in Tanzania, took a large group of seventy-three pilgrims from the Diocese of Ngara-Rulenge and Kayanga in Tanzania to the Mont Sion Gikungu Schoenstatt Shrine in Bujumbura, Burundi.

The Schoenstatt Shrine in Mont Sion Gikungu in Bujumbura, Burundi’s capital, “is the main center of the area for Tanzanian Schoenstatters,” he explained, and moreover, “it is far closer than Isingiro, which is 300 km. away, making the Shrine in Bujumbura very accessible.” 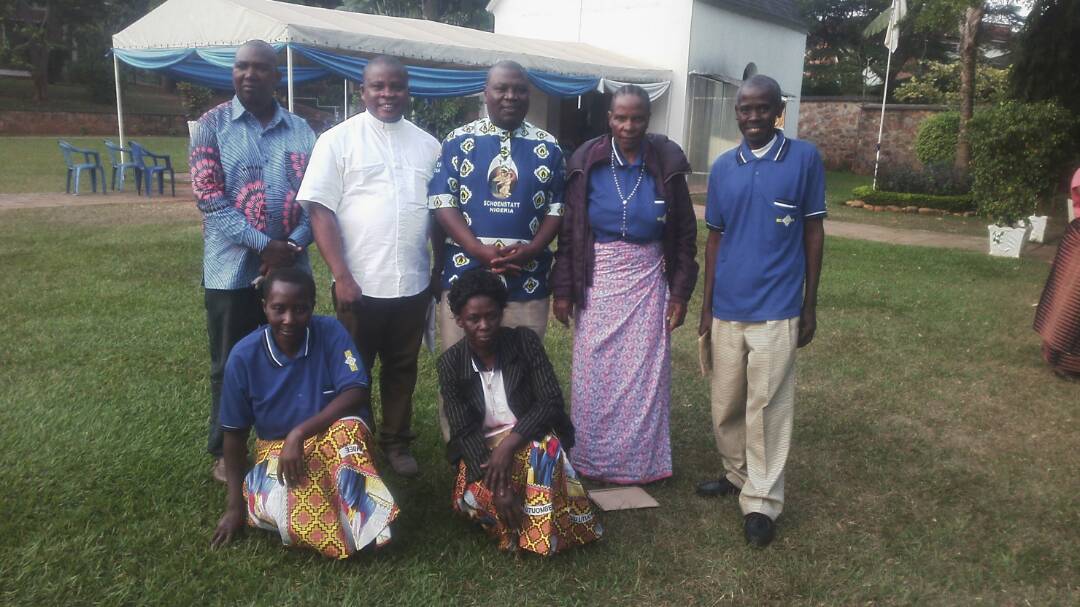 A young family in founding

Schoenstatt in Ngara-Rulenge and Kayanga began three years ago, thus it is very young family and is still in the founding stage. They are very grateful for the support that they receive from Burundi Schoenstatters.

“We came here to pray, we have prayed, and we also came to learn. We have learned a lot about the shrine and about many subjects. This visit has been very beneficial to us.

When you visit a place like this, you receive three graces:

The first one is you feel at home, close to Mary.

Secondly this visit has changed us. We did not return the same, but we were transformed.

Lastly we returned to our country with the expectation of transmitting everything that we have learned.”

Fr. Jean Bernard Mazuru, a Schoenstatt Father explained: “Some years ago, a group of Schoenstatters were founded there, and they came to confirm their belonging to Schoenstatt and visiting our shrine Mont Sion Gikugu with the objective of becoming familiar with the Schoenstatt Movement’s spirituality.

Currently they have the building project of a shrine in Ngara-Lurenge on the grounds they have acquired, and where there is already a wayside shrine of the Blessed Mother.

Photo: a gathering in 2008 in Isingiro

“It is a wonderful and beautiful, a simple and childlike idea, to give the Blessed Mother the chief’s drum, the royal drum. Basically, it is the same thing. What does it mean? In our language, the Blessed Mother now has the task first of all here in Rome, in the shadow of St Peter’s, to teach our Holy Father and the entire Holy See, and to win over their hearts. When the Blessed Mother plays the drums, perhaps the entire Holy See will hear – let us wait and see. However beyond that, we have small and bigger shrines in every country. What is their aim and purpose? It is always the same. If I now remain with the image: what the Women’s Institute of our Lady of Schoenstatt has done in Isingiro, that is, to present a royal drum to the Blessed Mother, is what we have already done long ago. Just imagine what drumming will happen all over the world in the near future! …And the Blessed Mother will play the drums, and go on playing the drums, until – I wanted to describe the vision of the future – until in the end, the whole world says a heartfelt “Yes” to Schoenstatt’s mission.” (Peter Wolf (ed.) Belmonte –as Envisaged by Fr. Joseph Kentenich, p.61, 72,73).

A mission for neighboring countries

“The Schoenstatters from Isingiro in Tanzania already have a Schoenstatt shrine, and they already have experience with Schoenstatt,” Fr. Jean Bernard continued, in summary: “There is a group of youths from Tanzania who have decided to come to Burundi on pilgrimage or an apostolic trip to exchange pastoral experiences.

The Tanzanian family is growing. Many were not able to come on pilgrimage today. We hope that they can do it next year.

We want to work in common accord and in unity, so that Schoenstatt’s kingdom extends beyond Burundi, to neighboring countries.

Video (in French, partly in English)