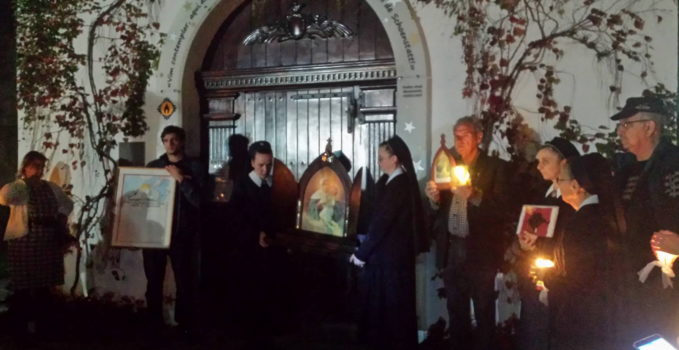 June 27, 2017: That morning many pilgrims went from Deacon Joao Luiz Pozzobon’s house to Tabor Shrine in procession, commemorating the 32nd Anniversary of his death. On this same day and at the same time, exactly 32 years ago, Servant of God, Joao Luiz Pozzobon took the step into eternal life.

The previous three days of this commemoration were spent in preparation and celebration in his honor. This time was spent in reliving and reflecting a lot about his moments of joy, faith, but also of his moments of difficulty and sadness. 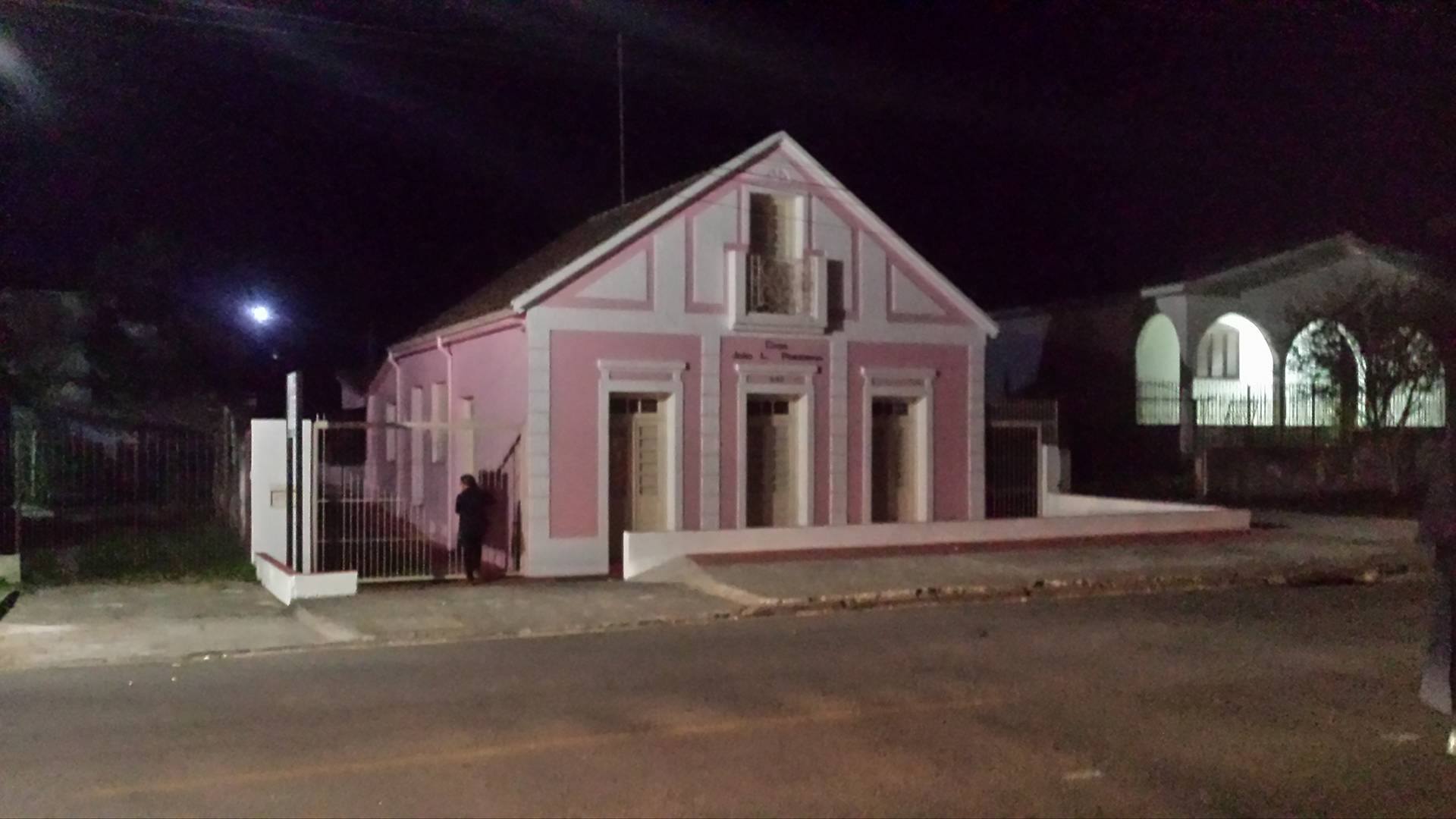 The certainty that the Blessed Mother would always be with him

She is the light that transforms darkness into light, a light that enlightens a confused and often terrifying road into a road of certainty and trust. Mary was the light that illuminated his life. Through her, his life was transformed; and through him, the lives of many people have been transformed. During his 35 years of pilgrimage, that light guided many on the right road, and he showed that even in the most difficult moments, it would never be extinguished but ever present in his heart.

Even after his death, that life remained alive in the lives of those who knew him or knew his Campaign. Through the Schoenstatt Rosary Campaign, he made it possible for that flame to be present in the homes of many people through the picture of the Blessed Mother, sharing her with the rest of the world, and removing darkness from many homes and hearts. 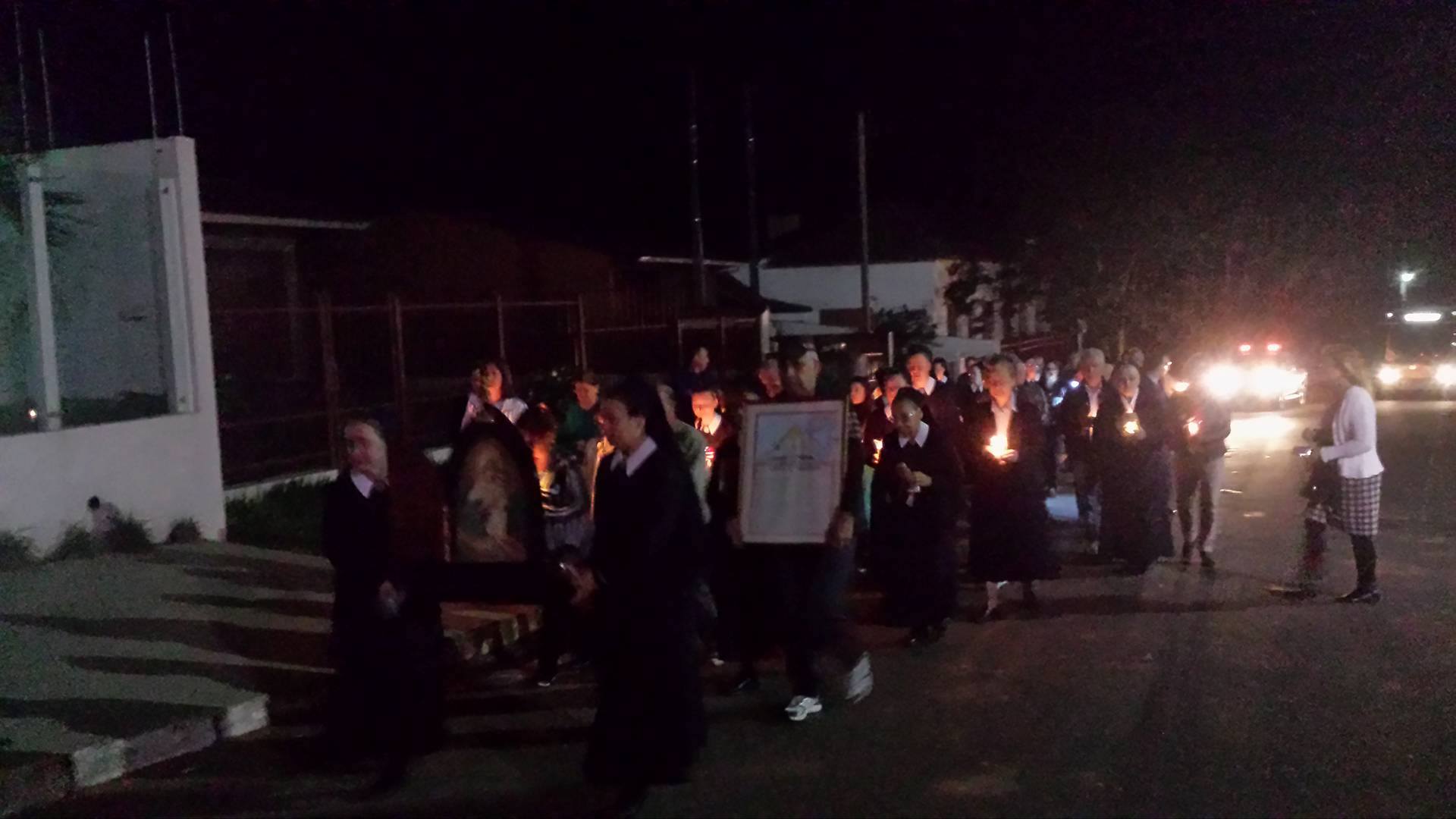 He does for me, what all grandfathers do for a grandson

Personally 27 June is a very meaningful day, which fills me with many emotions. Since at the same time we relive the moment of the death of this very special and enlightened person Joao Pozzobon was for me; it also revives the departure of my grandfather.

Despite not knowing him like he knew and enlightened me, I know that he hears me, and I hear him. He does everything for me that grandfathers do for grandsons. He supports me in difficult moments, he helps me make decisions and to decide on the best road to follow. I can certainly say that he is also a light in my life. I know that light will never be extinguished, and it will always be brighter and shinier throughout my days. May more and more people and families better come to know the light Joao Luiz Pozzobon was, since in addition to being an incalculable luminous source capable of guiding and transforming, he also brings the light with him he always had in his own life: our greatly beloved Mother Thrice Admirable and Queen. 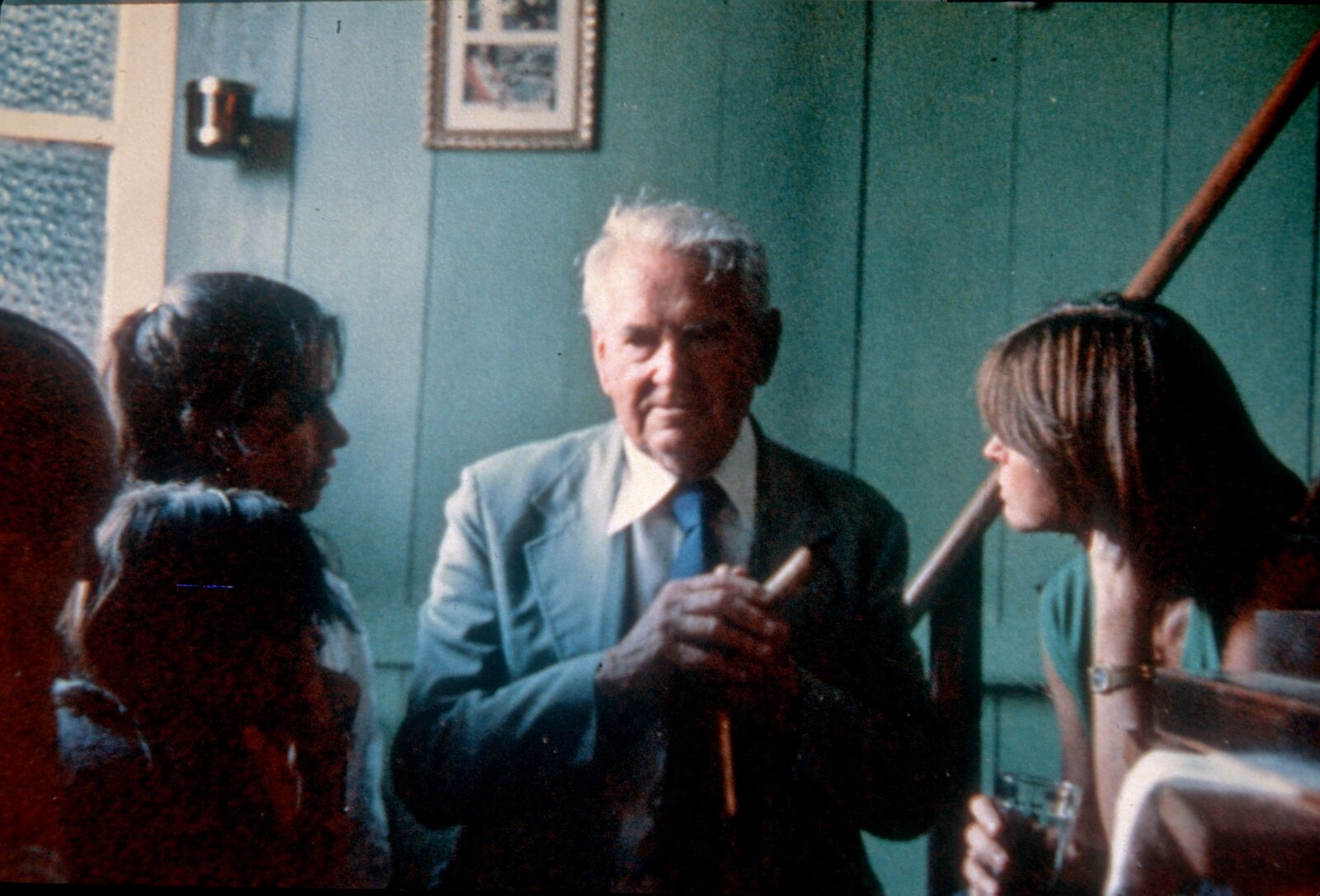