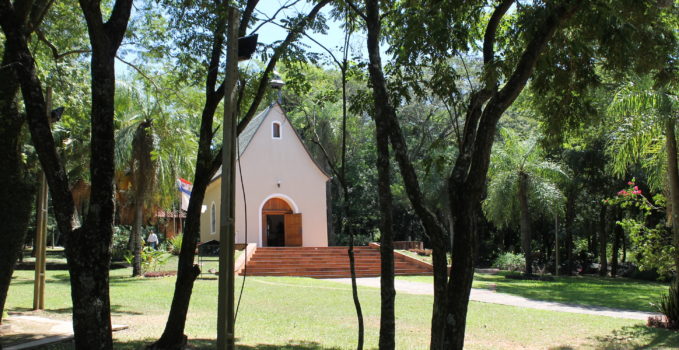 It all began last year at a Tupãrenda pastoral meeting. The Family wanted to have a way to gather and showcase the process of the conquest and construction of the Shrine, from the acquisition of the grounds, the anecdotes, and all the details of Tupãrendá’s history, including everything that is present today.

At a conference presented to the San Lorenzo Branch, Fr. Antonio Cosp explained this idea and that he needed volunteers to implement it, and he asked if anyone was inspired to participate.

Three couples raised their hands, Fr. Antonio said, one way or another: “We have to take advantage of this…” Then another couple from the Tupãrendá area was added, and finally they had the support of a guardian of the Shrine, who, at that moment, was presenting a project of “Guided Visits through Tupãrendá” and updating the little book, “Shrine,” whose last edtion was in 2005; Fr. Antonio considered this providential. 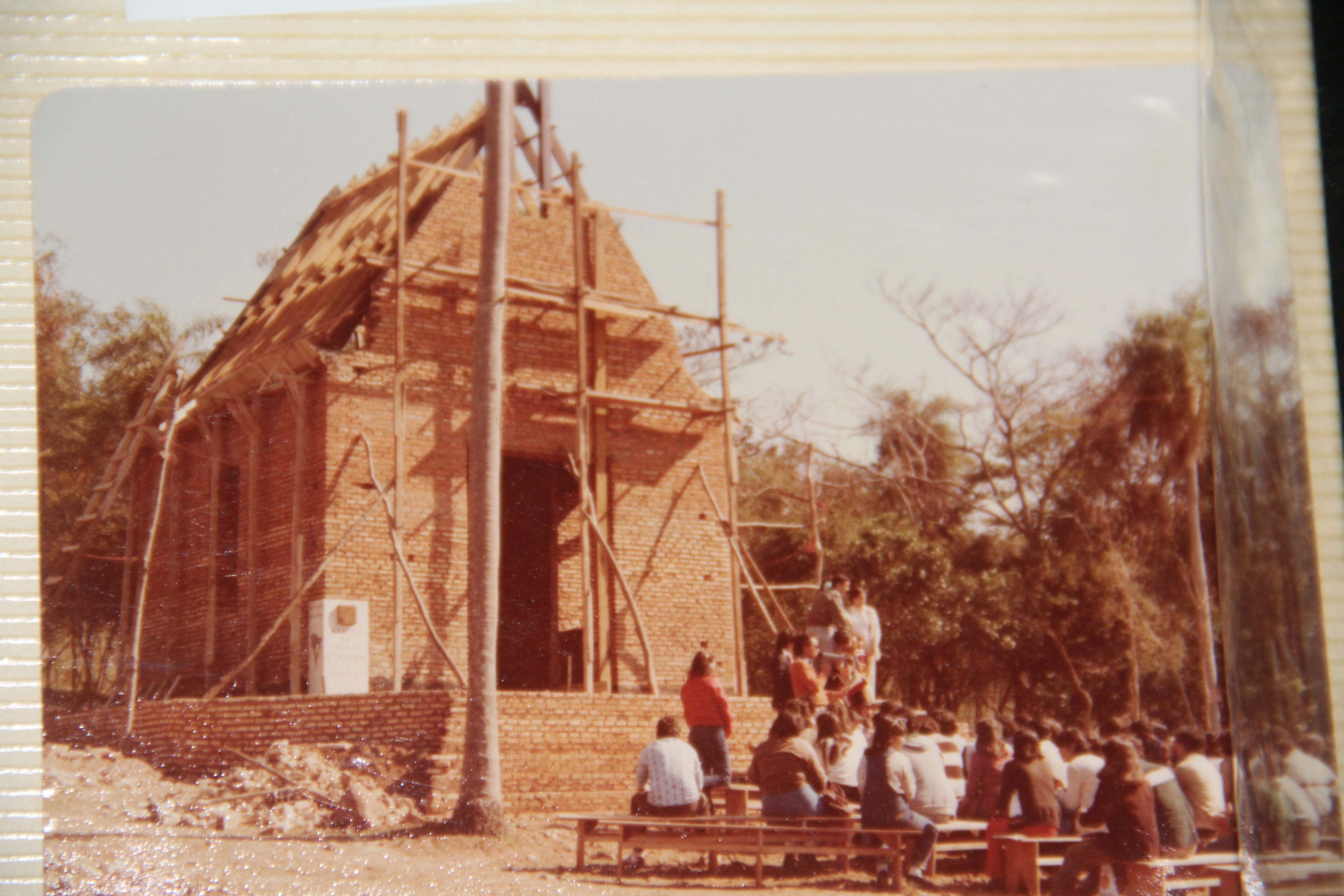 A legacy for future generations

From that moment on, the task, in deciding what and how and how much in order to determine the material means needed, the editors, in a nutshell, everything related to a project that wants to leave a legacy to future generations departing from the commitment of the first Paraguayan Schoenstatters, the pioneers, and the courageous “Founding Generation,” began. In light of the law of the creative resultant, they knew how to interpret the designs of Divine Providence, and they made the desire to have a daughter shrine in Paraguay possible.

The methodology for the drafting process consisted of gathering every issue of Tupãrendá magazine possible (approximately 339 editions), and extracting all articles on the subject. They also turned to the first members of the Schoenstatt groups, who were the Blessed Mother’s instruments in attaining the desire of having a daughter shrine in Paraguay.

Gathering the history, learning about the pioneers

The history covers the origin of the “Schoenstatt” name, how the Father and Founder’s and the first sodalists’ Covenant of Love happened, the movement’s expansion through Europe, its arrival in South America, the founding in Paraguay in 1959, the re-founding in 1974, and the visit of the first couples’ group to the La Loma Shrine, in Paraná, Argentina, where they had the first experience with a shrine, and where the desire to have one in Paraguay was born. Then all the organization that came later to find and to acquire some land, the wayside shrine, the building of the Shrine and all the other works that are seen in Tupãrendá today (Holy Mary of the Trinity Church, the Retreat House, the Pilgrims’ House, the large Unity Cross, the Alleluia Cemetery, the Mother of Tupãrendá House, among others). 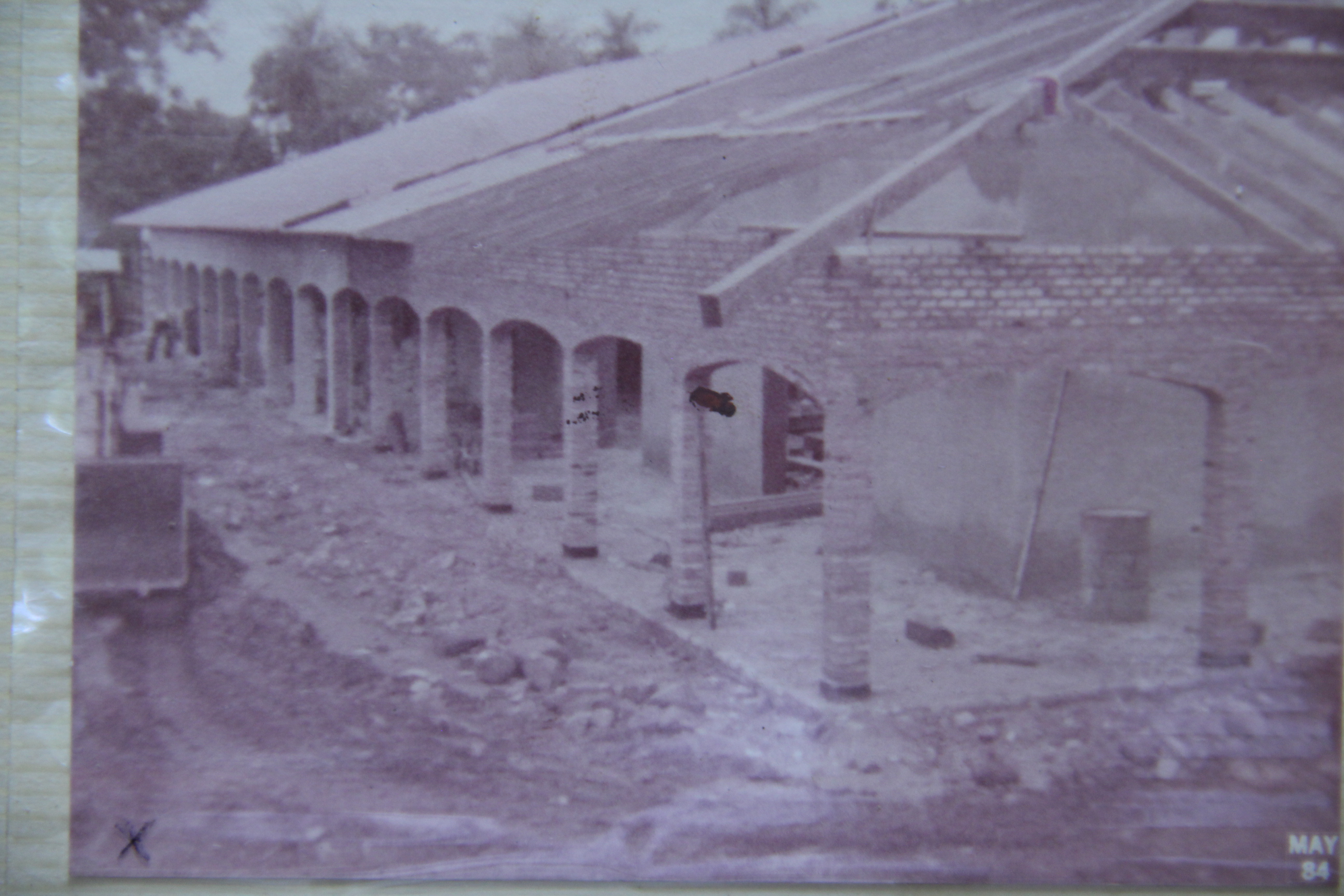 31 May: anniversary and launching of the book

The goal is to issue and to launch the book by 31 May 2017, which beside constituting Schoenstatt’s third milestone, it has a special meaning in Paraguay because it is the founding date of the Movement (31 May 1959), and of the laying of the Shrine’s foundation stone (31 May 1981).