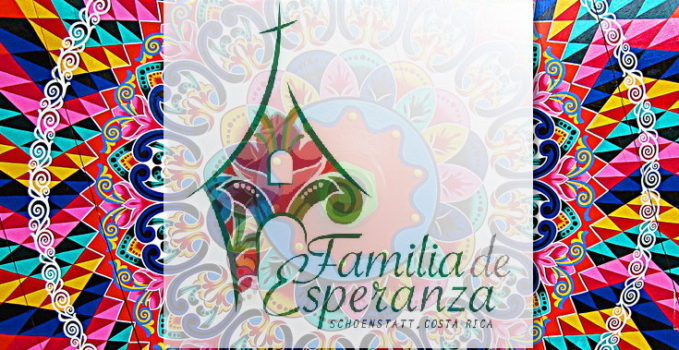 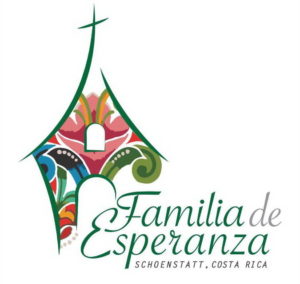 Twenty years or more of waiting? The first article from Costa Rica, published on schoenstatt.org in 1999, already spoke of this young, apostolic, growing family’s desire to have their Shrine. Those who visit the Belmonte Shrine in Rome are witnesses of this desire daily. Twelve years ago, a delegation from Costa Rica took their jar to Belmonte; it was a small glass jar entwined with a grapevine, a ribbon in Costa Rica’s colors, and a small wooden shrine with the inscription: “For our future Costa Rican shrine.” Someone in Belmonte – for reasons unknown – took it and mistakenly used it as the collection basket, adding a tag to it with the word “offering.” So this jar remained in the Shrine, and at least for me, it is a constant reminder each time I am in the Shrine, to make an “offering” for the Costa Rican Shrine. Now the moment has come; the future Shrine is already something real, because it has a location, the date of the blessing, the name, and a logo.

The first personal invitations have already been sent to special people with a great attachment to Costa Rica’s Schoenstatt Movement. We read with emotion and joy:

“The Costa Rican Schoenstatt Movement joyfully invites you to the blessing of our first Shrine, “Family of Hope” on Saturday, 18 March 2017, at 10:00 a.m. at the Movement House located in Santa Ana, San Jose, 400 meters south of St. Ann Parish on the Salitral highway. Bishop José Rafael Quirós Q., Archbishop of San Jose will celebrate the Eucharist …” 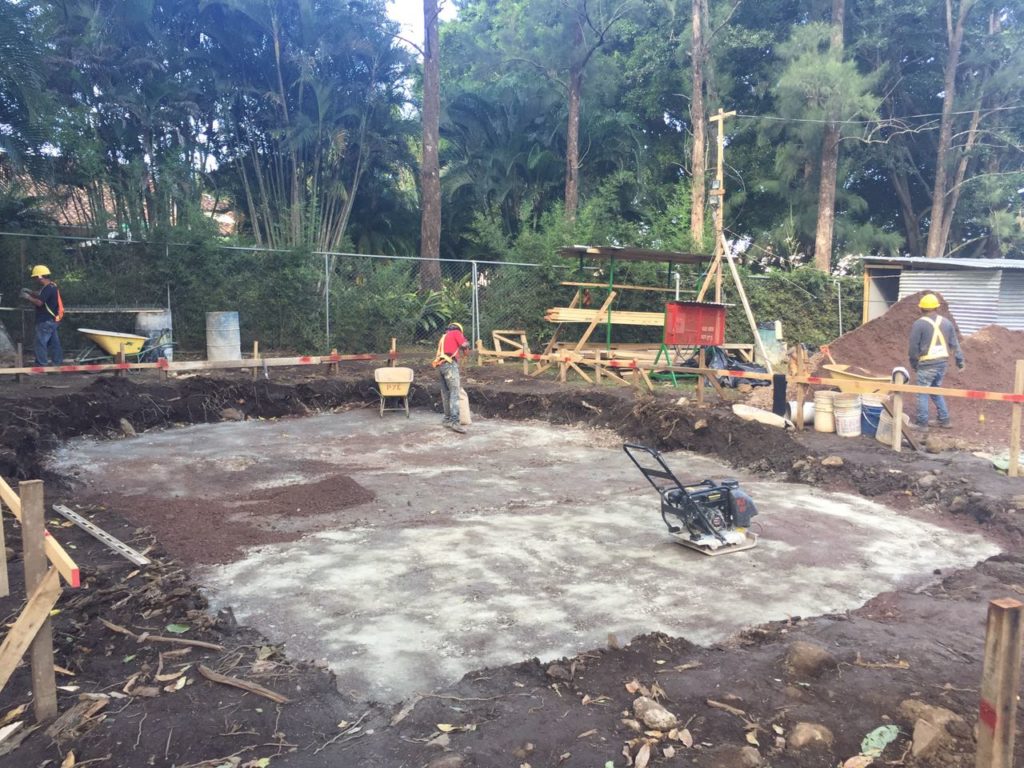 “We are very happy that we finally have a house for the Blessed Mother! The foundation is literally under construction, and everything is going well and according to plan… What we are experiencing here is really special, the founding graces at maximum expression.  It is Costa Rica’s first shrine, and it is the first Central American shrine. The family is very happy and excited,” commented Manrique and Lourdes Rosabal de Gutiérrez, who are in charge of Guest Coordination.

Groups of people from Panamá, Nicaragua and Guatemala, where the Costa Rican Movement has helped in the founding and consolidation of Schoenstatt, have already given notice that they are coming.  The Schoenstatt Rosary Campaign has existed for a long time in these countries and now family and priest groups are emerging. 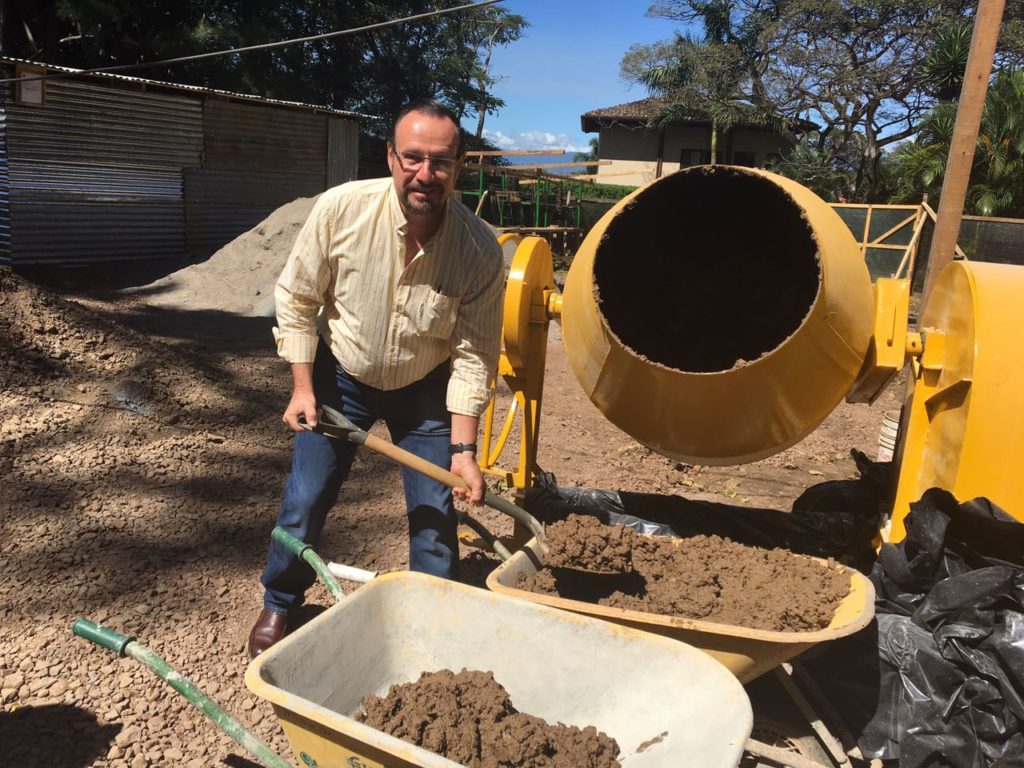 A cart filled with flowers

“The logo they made for the blessing has the most characteristic drawing of our typical cart within the design. (Recalling once when Maria Fischer saw the first Costa Rican photos, she asked Chalo Vega… “Is it the Blessed Mother’s triumphant carriage?”).  The cart is filled with flowers, plants, color, life…HOPE… that grows toward the heights just like the Family of Hope,” Lourdes explained. Many recall these carts with jars, and the picture of the Blessed Mother that the people from Costa Rica gave everyone to pray with for their future Shrine. The carts have almost reached their destination… 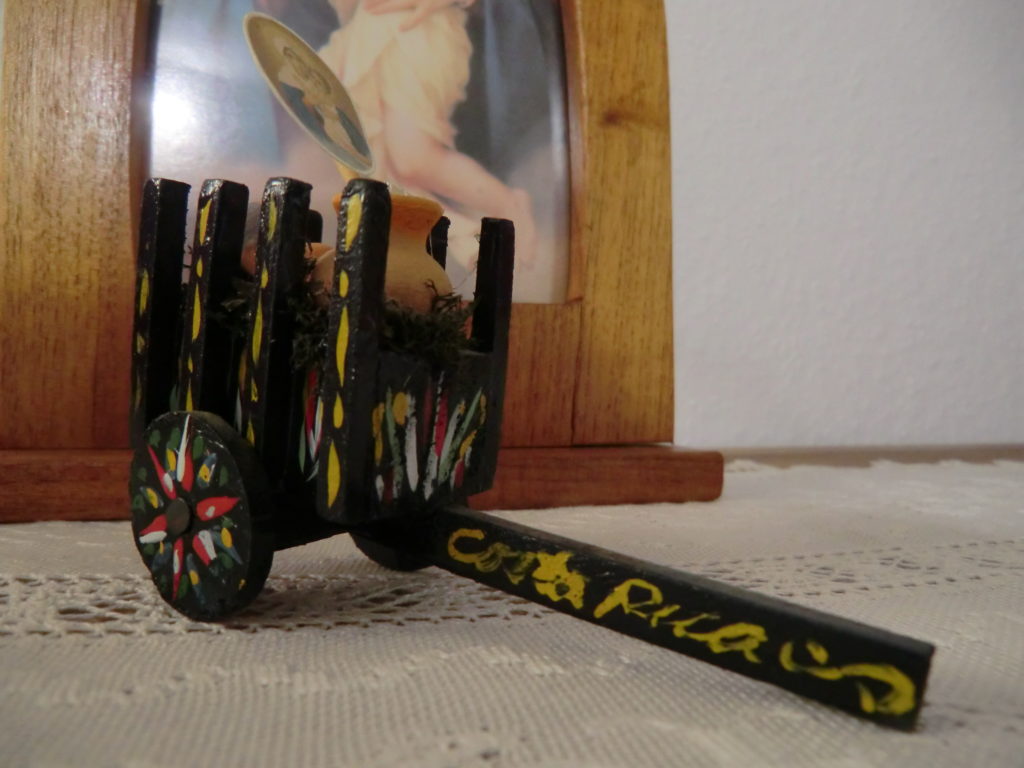 Three months. Schoenstatters, let’s go to the Shrine with the Schoenstatt Family from Costa Rica.

Video:  Blessing of the foundation stone of Costa Rica’s the future Shrine

Official website of the Schoenstatt Movement in Costa Rica: http://www.schoenstattcostarica.org/

Information for all those interested in participating in the blessing of the Shrine: [email protected]