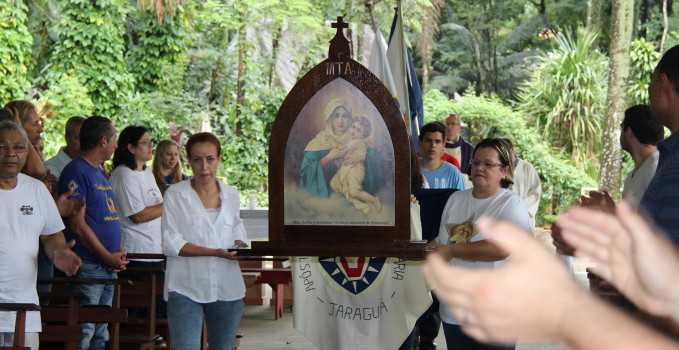 Sunday, 21 of February, the Jaraguá Family, the branch leaders and advisers of the Apostolic League of Family met at the gathering for the beginning work together in 2016.

The gathering began with Fr. Vandemir Meister celebrating Holy Mass. In his words of welcome, the Rector of the Shrine recalled how to live the Year of Mercy proclaimed by Pope Francis as an extraordinary jubilee. He reflected how we can have a profound encounter with Christ coming from Mary, and how by revealing God’s face in us, we can reach our neighbors. We need God the Father’s true embrace. We have the responsibility to encourage pilgrimages to the Holy Doors, to reveal the works of mercy, to strengthen the bonds of friendship, and commitment to the mission of the Church. 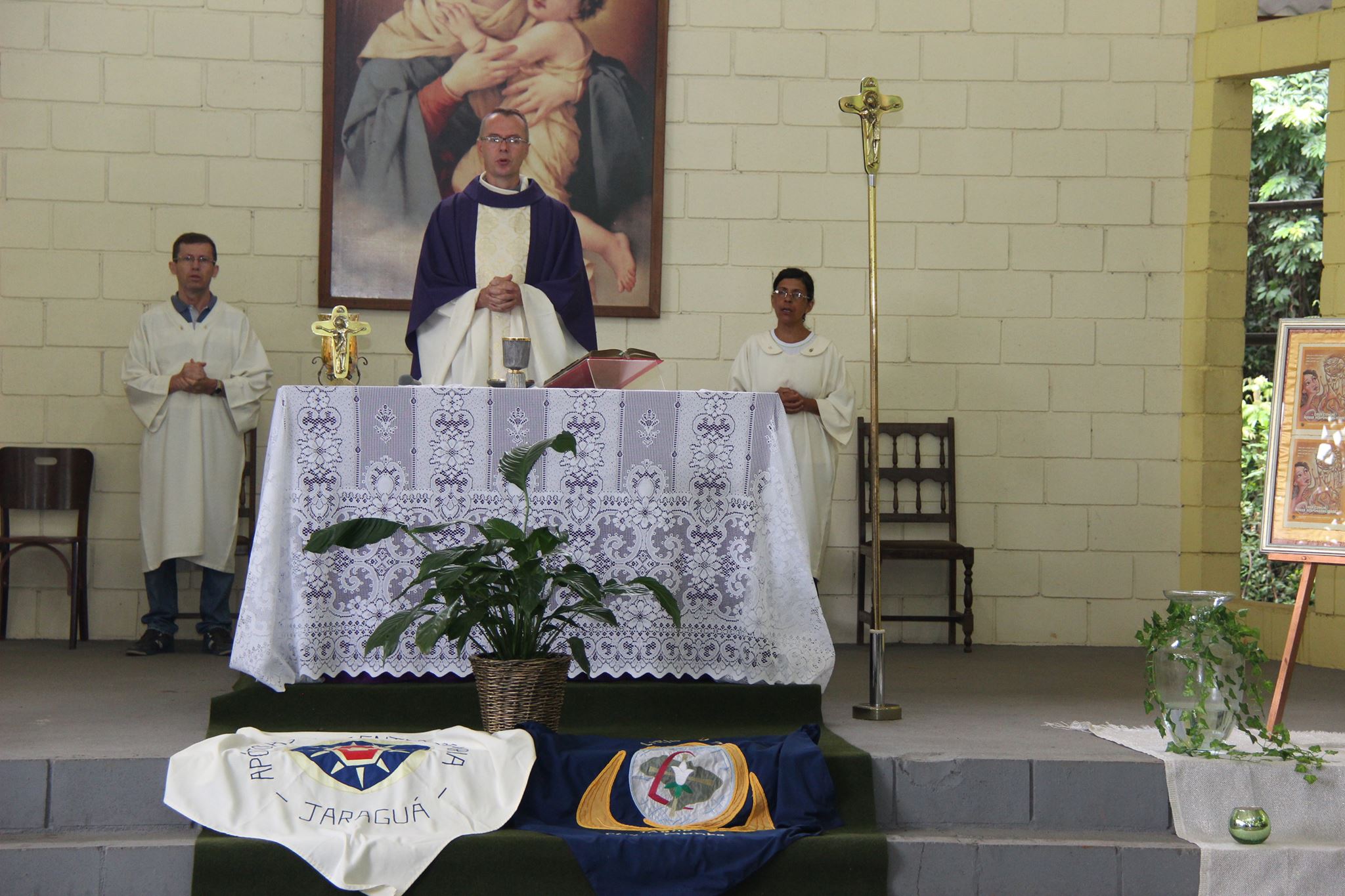 Golden Anniversary of the return from exile

An international work group that met to reflect upon Schoenstatt’s goals after the one hundred years of the Covenant of Love celebration composed the document was last year.

May the Blessed Mother intercede for us, so that the mission that was entrusted to each person can bring forth abundant fruits within our branches for the entire Church.

This is expressed in our motto for 2016:

“With you Father, Family in covenant, holiness and mission: Schoenstatt reaching out”