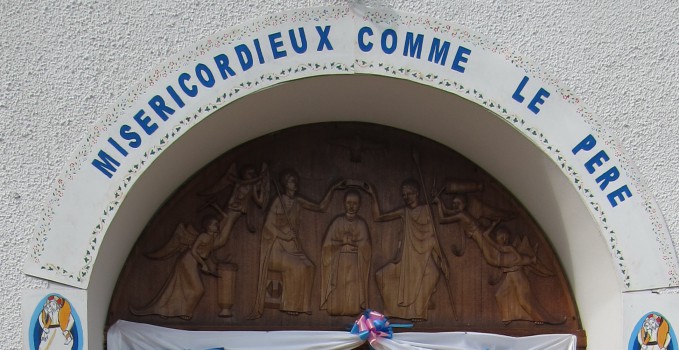 Opening the Door of Mercy at Mont Sion Gikungu

“I have seen…I have heard…I know your suffering” (Exodus 3:7): This was the theme for the inauguration of the Jubilee Year of Mercy at the Mont Sion Gikungu Shrine, a ceremony on 20 December that was presided by the archbishop of the Bujumbura diocese, Evarise Ngoyagoye. The official opening of the jubilee year in Burundi took place on 8 December at the national shrine in Mugera in the archdiocese of Gitega, which brought together all of Burundi’s bishops and several thousand Catholics.

Before the start of the official program, the pilgrims gathered at Mont Sion Gikungu sang hymns of praise on the grass in front of the shrine, accompanied by short meditations on mercy and the jubilee year by Fr. Herménégilde Coyitungiye. The faithful who arrived for the mass which normally begins at 9:30 were surprised by the crowd of pilgrims (about 6,000) who had already gathered in the church and around the marian Shrine. The crowds were reminiscent of the atmosphere during the crowning at Mont Sion of the Mother Thrice Admirable as queen of peace and reconciliation in 2009.

At 9.30, the solemn procession with the archbishop of Bujumbura made its way to the shrine. It was headed by an image of the Merciful Jesus. The official celebrations were ready to begin. The celebration was marked by raising the Holy Bible, the first source of divine mercy, the gospel reading on mercy according to Luke (Lk 15:1-7), followed by some prayers, the opening of the Holy Door of mercy – the door of the shrine belonging to our Mother Thrice Admirable. 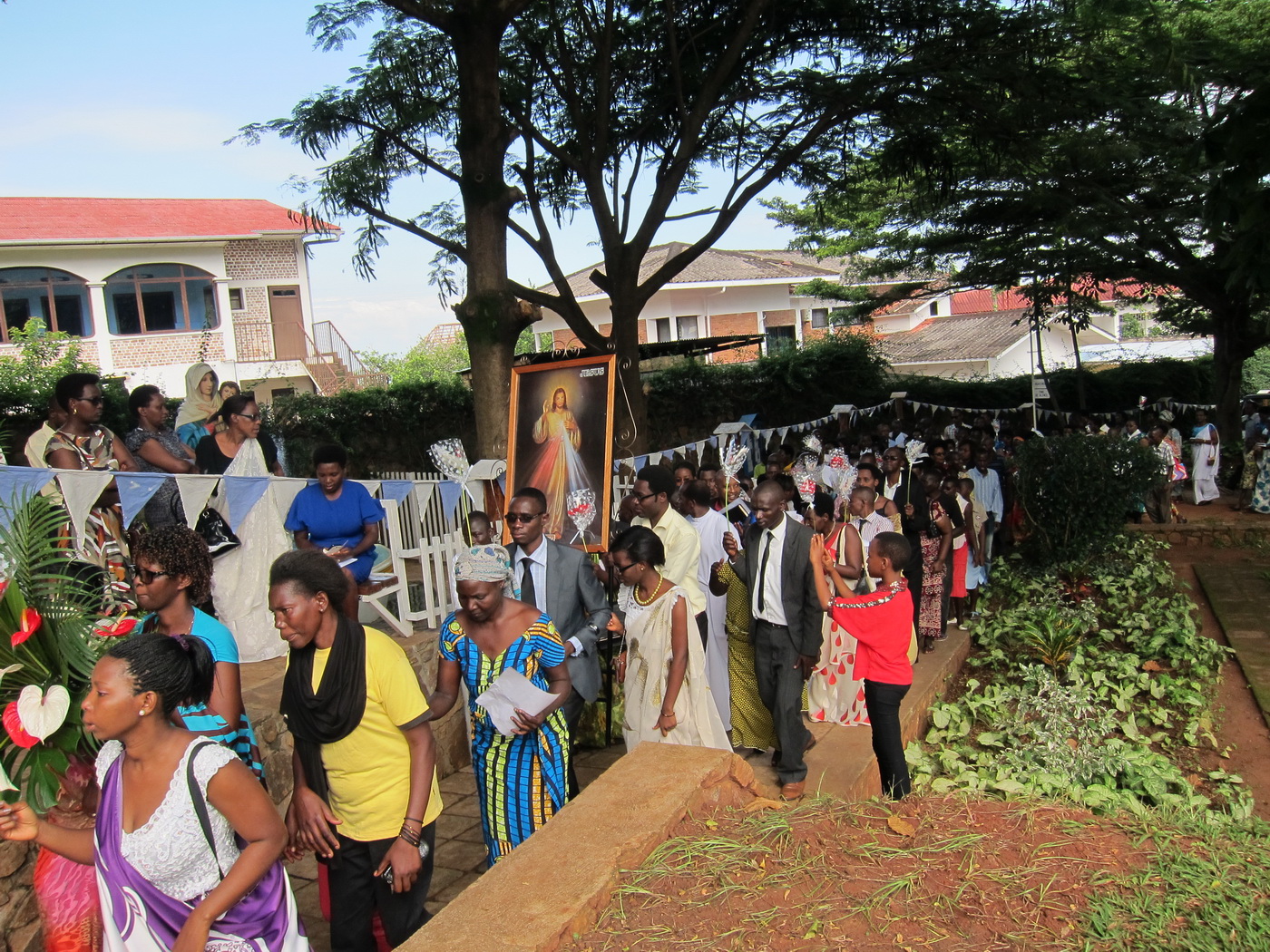 The Bible as a source of mercy

The priests then entered the shrine, followed by the bishop for a moment of recollection and to ask for mercy. The procession continued towards the large pilgrim church filled with pilgrims and Mass started by blessing the faithful with holy water. The church was packed and pilgrims were even perched on the terraces around the church, while others looked over one another shoulders under the trees.

In his homily, Archbishop Ngoyagoye delivered a catechesis on divine mercy based on the scripture and the bull of indiction for the extraordinary Jubilee of Mercy, Misericordiae Vultus. Straightaway, he reminded the crowd of pilgrims that Pope Francis invited us to enter into the Holy Year of Mercy. God has many names, many attributes. He is just, holy, true, faithful, merciful, etc. Even the Muslims give Him 99 names. As Christians, we can find many more names for Him? What does that mean? God is an imperceptible mystery. But, as Pope Francis said, mercy is what best describes the heart of God. God is sensitive to man’s misery. That is why he said: “I saw…I heard…” The chosen people were reduced to slavery in Egypt and God responded.

According to Pope Francis, recalled Archbishop Ngoyagoye, God’s mercy manifests itself from the start in the eyes, in the face of Jesus Christ, the one who said: “He who sees me, sees the Father” (cf Jn 14:9). The archbishop cited various biblical passages to highlight God’s mercy: Jesus meets sinners and eats with them and the pharisees were scandalized. Instead of condemning the adulterous woman, he made her accusers examine their own consciences, starting with the eldest.

Even Moses called for God to have mercy on his people who had sealed a covenant with him, but then worshiped a golden calf. This is how Moses prayed: Have pity on them! 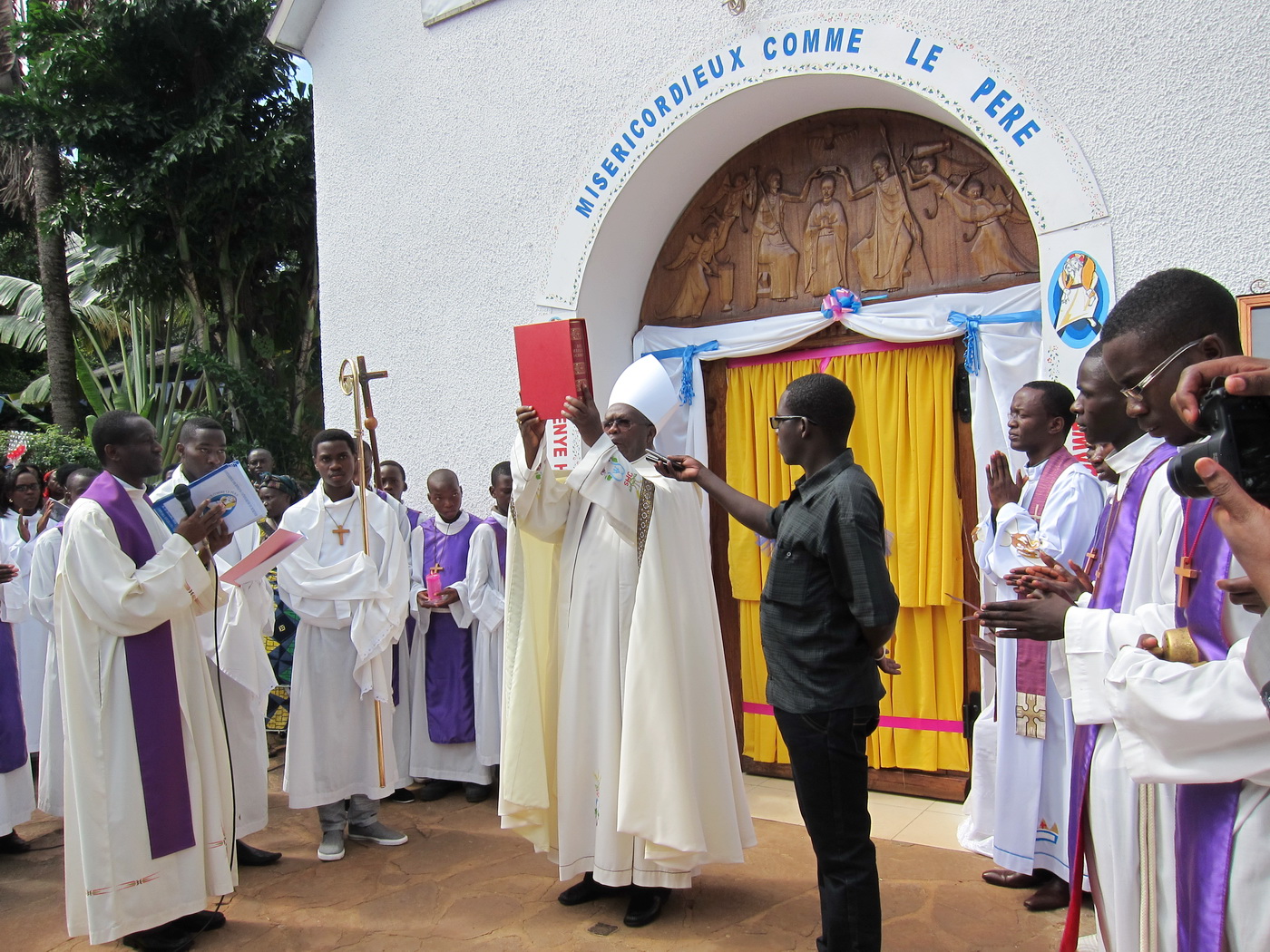 A call to conversion

The archbishop said that God is full of tenderness and slow to anger. God’s mercy overshadows everything else. In Hosea 11, God’s mercy that unfolds, despite Israel’s infidelity. He forgives, because he is God and not man (Hosea 11:9).

It is time to return to the God of mercy, emphasized the archbishop, alluding to the difficult period that Burundi is going through. And there is more joy in heaven for a single sinner that repents (cf Lk 15:7). The Jubilee year is an opportunity to examine our consciences, act justly, ask for forgiveness and forgive others.

No one can remain indifferent to this invitation of mercy. The call to conversion is made especially to men and women who form part of criminal organizations. The same call is made to offenders or accomplices to corruption, “society’s festering wound” as Pope Francis describes it. 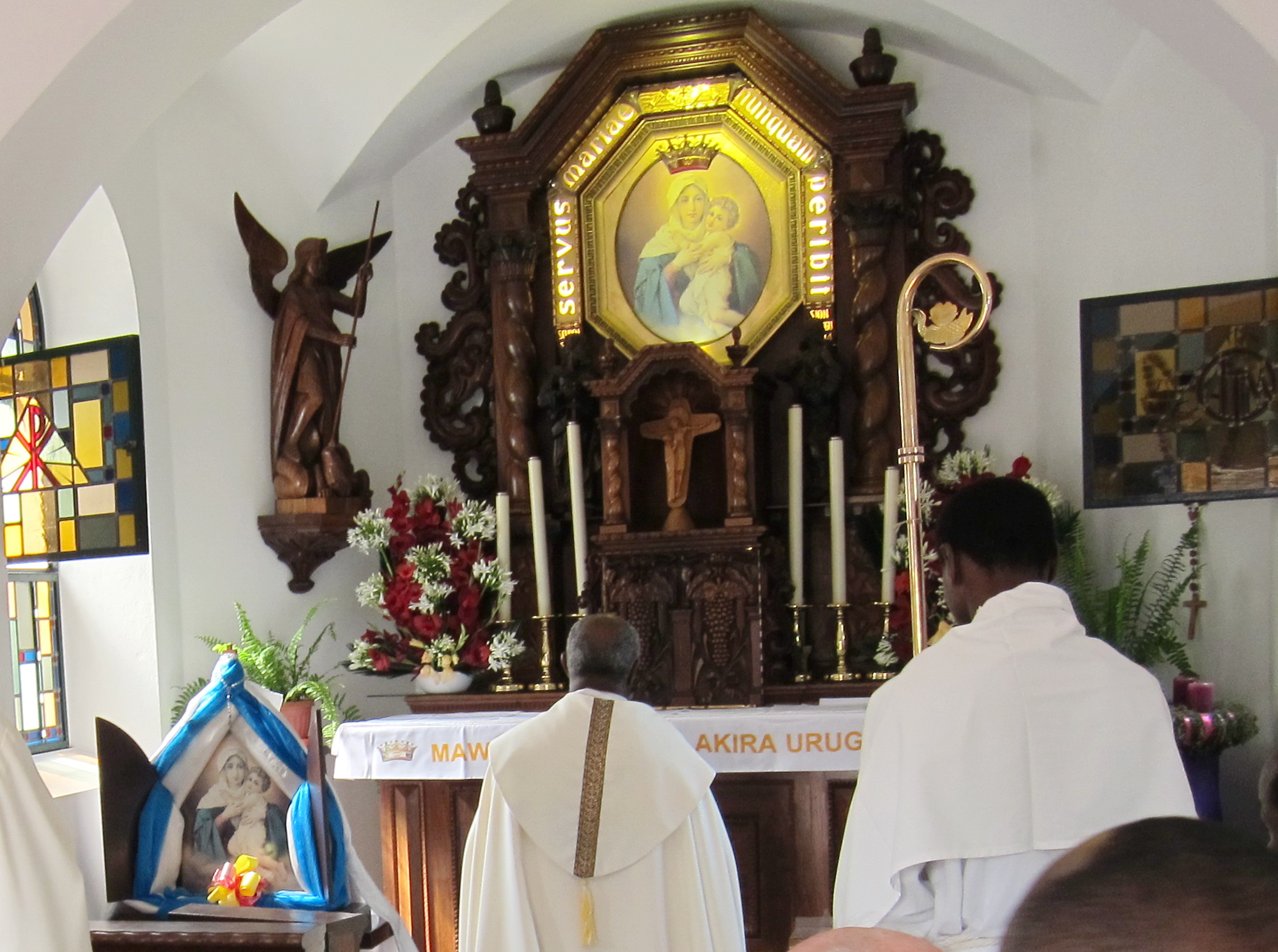 Special indulgences in the Jubilee Year of Mercy

During this holy year of mercy, he granted all priests the ability to absolve even the sins that are reserved for bishops, such as abortion, said Archbishop Ngoyagoye. He added that the Holy Father gave special autorisation on Ash Wednesday for the missionaries of mercy to absolve sins that are reserved specifically for the Pope. For pilgrims who are surprised that such sins exist, the archbishop said that during Burundi’s last war, there were such sins, such as the desecration of the consecrated hosts.

To conclude his homily, Archbishop Ngoyagoye drew attention to the approaching Christmas celebrations. He recalled that the Virgin Mary is the Mother of Mercy. The Angel Gabriel greeted her saying: “Rejoice, you who are full of grace,” the one who sings God’s mercy that is heard from age to age, the one who stood beneath the cross when her Son proclaimed these words: “Father, forgive them because they know not what they do” (Lk 23:34). He ended by inviting the pilgrims to to pass through the holy door of mercy with their families, as a parish or as Catholic action movements.

During the Our Father, the faithful used symbols to express the sins in Burundian society on the part of those seeking forgiveness: a lit candle symbolised the joy of coming out of the darkness, a pebble symbolised hearts that have become hard as stone, a Burundian flag to pray for peace and the many victims in a low-scale war.

A three-hour ceremony of joy

The ceremonies and the Mass to celebrate the fourth Sunday of Lent lasted more than three hours, but neither the pilgrims nor Archbishop Ngoyagoye were tired. Their faces radiated a celestial joy. Prior to the hymn of thanksgiving, the archbishop made the entire crowd of pilgrims dance (see video), and took the microphone to provide a catechesis on indulgences. At the end the congregation thanked him for the teaching with applause. In January, these celebrations will also take place at the Schoenstatt Shrine in Mutumba.

Ugandan mediators set up talks between the Burundian government and the opposition on 28 November to put a stop to spiraling violence that has cost hundreds of lives in the last few months. The UN says that at least 400 people have been assassinated and hundreds of thousands have left the country. The violence has made the region very nervous following two decades of instability after the genocide in neighbouring Rwanda. Burundi has seen several waves of ethnic violence, including the civil war between 1993-2005 in which 300,000 people died The Schoenstatt Movement took a very active role in the reconciliation process at the end of the civil war. 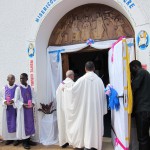 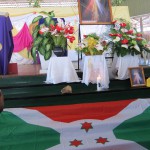 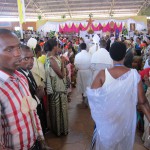 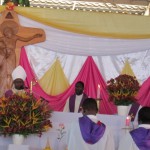