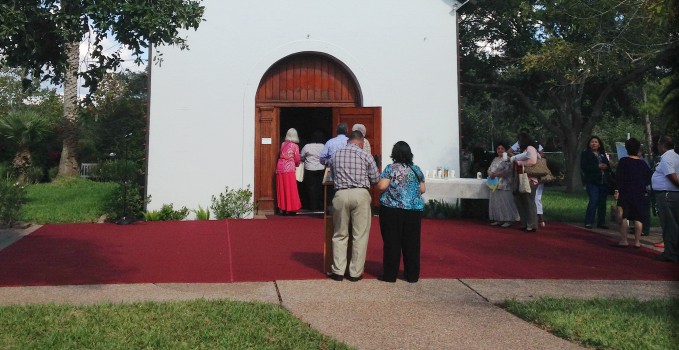 The Schoenstatt Family in Texas traditionally celebrates its yearly October Day on the last Sunday of October. This year, however, due to the torrential rains experienced in Texas on that weekend, October Day had to be celebrated on Sunday, 1 November, the Feast of All Saints. Perhaps it was an appropriate coincidence, or was it Divine Providence reminding us that we are all called to sanctity? This 1 November, the October Day celebration was also held in conjunction with the Schoenstatt Rosary Campaign of the Pilgrim MTA. In Texas, the Rosary Campaign has two special days on the calendar at Confidentia Shrine/Schoenstatt Center. These two days are pilgrimage days for all participants, including the people/families who receive the Pilgrim MTA in their homes. On these days, coordinators/missionaries renew their commitment for another year; new coordinators/missionaries are commissioned to begin their apostolate with the Pilgrim MTA; and, those who have been prepared, seal their Covenant of Love with the Mother Thrice Admirable, Queen and Victress of Schoenstatt in Confidentia Shrine. On 1 November, in Confidentia Shrine, thirty-nine Covenants of Love were sealed. 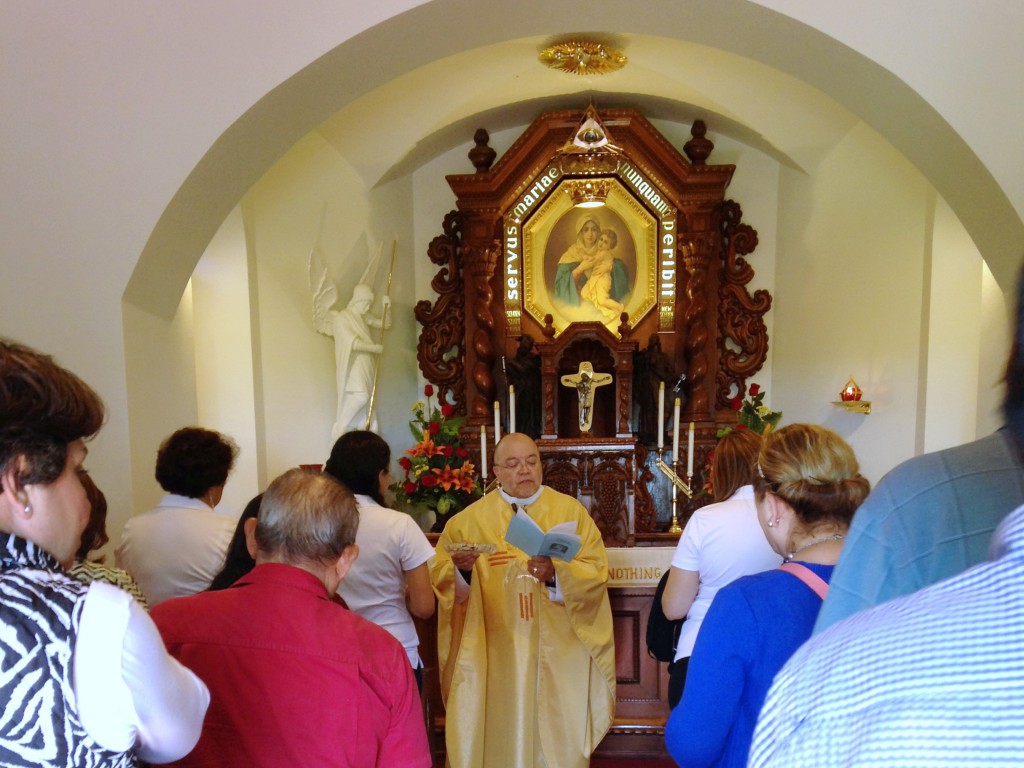 It is important to note that on this day we were not only proclaiming our new motto WITH MARY, WE GO – A NEW PENTECOST FOR OUR TIMES, but we were also commemorating our Father and Founder’s liberation from exile which took place fifty years ago. We also highlighted the three important dates connected to this event: October 22, 1965, when Pope Paul VI reinstated Father Kentenich as Father and Founder of the Schoenstatt Family; December 22, 1965, when Father Kentenich had his audience with Pope Paul VI; and December 24, 1965, when we experienced the Holy Night Miracle when Father Kentenich returned to Schoenstatt and celebrated Holy Mass in the Original Shrine. We must also not forget that our Confidentia Shrine, which was dedicated in 1959, was offered as a gift of thanksgiving in advance for Father Kentenich’s liberation from exile. Our Texas Schoenstatt Family has a special bond with our Father and Founder because the Confidentia Shrine was offered in unlimited, childlike, victorious confidence. In 1967, our Father and Founder himself sent us the gift of the Father Eye Symbol, now a part of our Shrine, confirming his attachment to his Texas Schoenstatt Family. 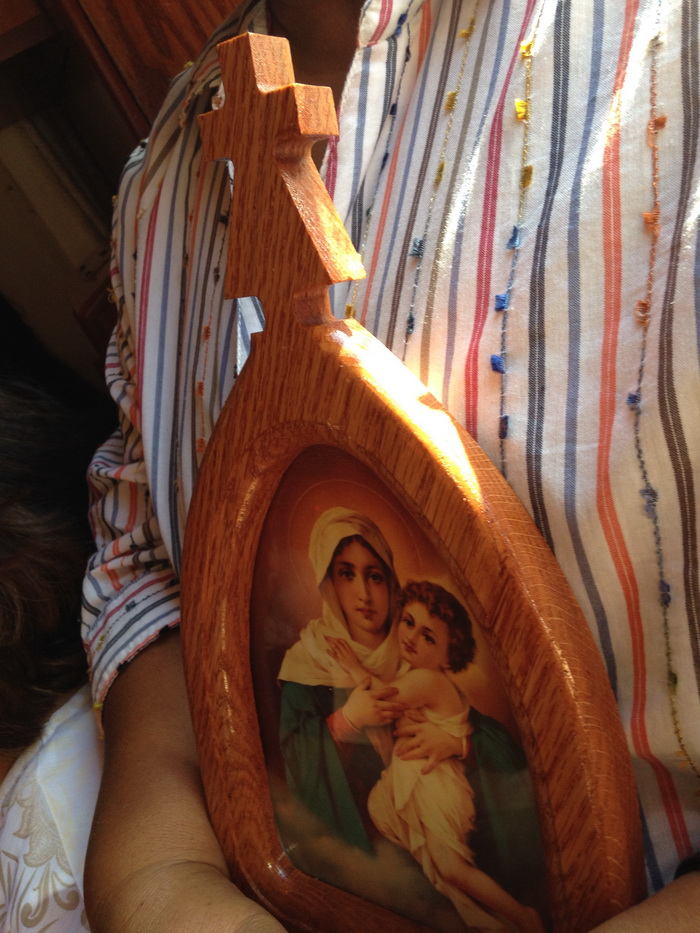 The day began in front of the Shrine. After a reading from the First Founding Document, the 2014 Jubilee Hymn YOUR COVENANT, OUR MISSION was sung. This was followed by a prayer and concluded with singing, MARIA DE LA ALIANZA [Mary of the Covenant]. Everyone then proceeded to the training center for the Eucharistic Celebration; Fr. Marcelo Aravena celebrated the Mass. Deacon Michael Myers assisted (Deacon Myers and his wife were among the thirty-nine who sealed their Covenant of Love). In his homily, Fr. Marcelo emphasized that the Covenant of Love is a path to holiness, and it helps us to be centered on God. “Do we arrange our day around Christ?” he asked. He also stated, “When you make the Covenant of Love, your life is not about you, it is not about what I want to happen in my life. It is about what God wants, Practical Faith in Divine Providence, focused on God.”

After Mass, Fr. Marcelo spoke about our new motto, and about how we want to go with Mary to bring about a new Pentecost for our times. We want to go forward, we want to share our Covenant of Love with others, and we need to go out of our circles and embrace others.

Father’s words to his family and a family prayer 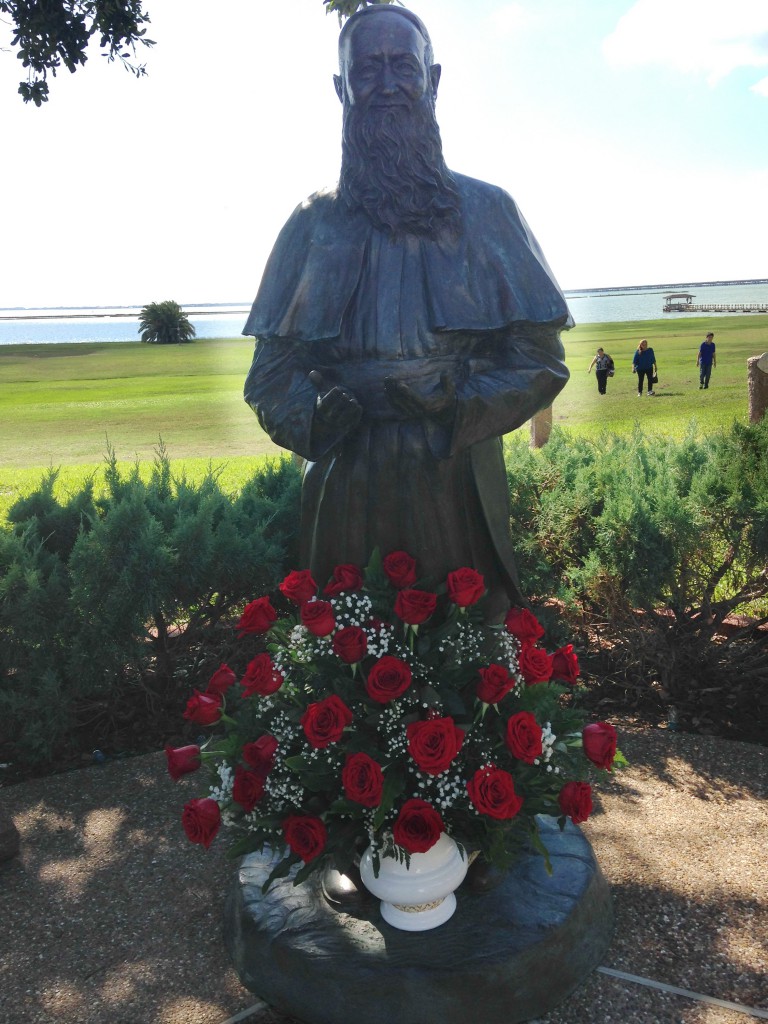 After the presentation, everyone then proceeded to the Shrine, making a loyalty ring from both front sides of the Shrine and including the statue of our Father and Founder. After singing FATHER AND I ARE ONE and a short explanation of the PRAYER OF COMMITMENT TO OUR FATHER AND FOUNDER, FATHER JOSEPH KENTENICH the following prayer was recited:

The present time is a most significant time for our Schoenstatt Family. Fifty years ago, the wheels were in motion for the end of your exile. You had received the telegram informing you to report to your superiors in Rome, and once you were there, a drama unfolded, revealing the great struggle between Heavenly and demonic forces. You, however, remained calm, trusting in Divine Providence. You had already survived the hell of Dachau, the incomprehension from the Church, which you loved, and the fourteen years of exile, separating you from your Schoenstatt Family. St. Michael and Our Mother Thrice Admirable defeated your adversaries and Pope Paul VI rehabilitated you and restored you to your position as Father and Founder of the Schoenstatt Family. The great miracle of the Holy Night was experienced by your Schoenstatt Family when you returned to Schoenstatt on Christmas Eve and the family was able to rejoice knowing that their Father and Founder was safely home.

As we continue on our journey, now in the second one hundred years since our founding, we look back on our great exile legacy and we reflect on our inheritance from you. There are three main parts to our exile legacy:

Father, this is the legacy, which you have left us. With hope and joy, confident in the victory, we go with Mary into the newest times, into the Church, into all families, imploring a new Pentecost as we go into the world offering Schoenstatt as a remedy for all times.

Dear Father, we pledge our commitment to you. We want to be your missionaries of the Covenant of Love and build a Covenant culture. You can count on us, your Texas Schoenstatt Family. Amen!

Hand in Hand with Father into the newest times

Following the prayer of commitment, each participant placed his/her hand in Father Kentenich’s hand as a sign of going with Father Kentenich into the newest times. Fr. Marcelo then gave each person a picture of Father Kentenich, the picture where he is kneeling in the Original Shrine on Christmas Eve and a remembrance of the Holy Night Miracle.

The day concluded with the renewal of the Covenant of Love and hearing the voice of Father Kentenich as he imparts his blessing. Then everyone received a delicious Shrine cookie! 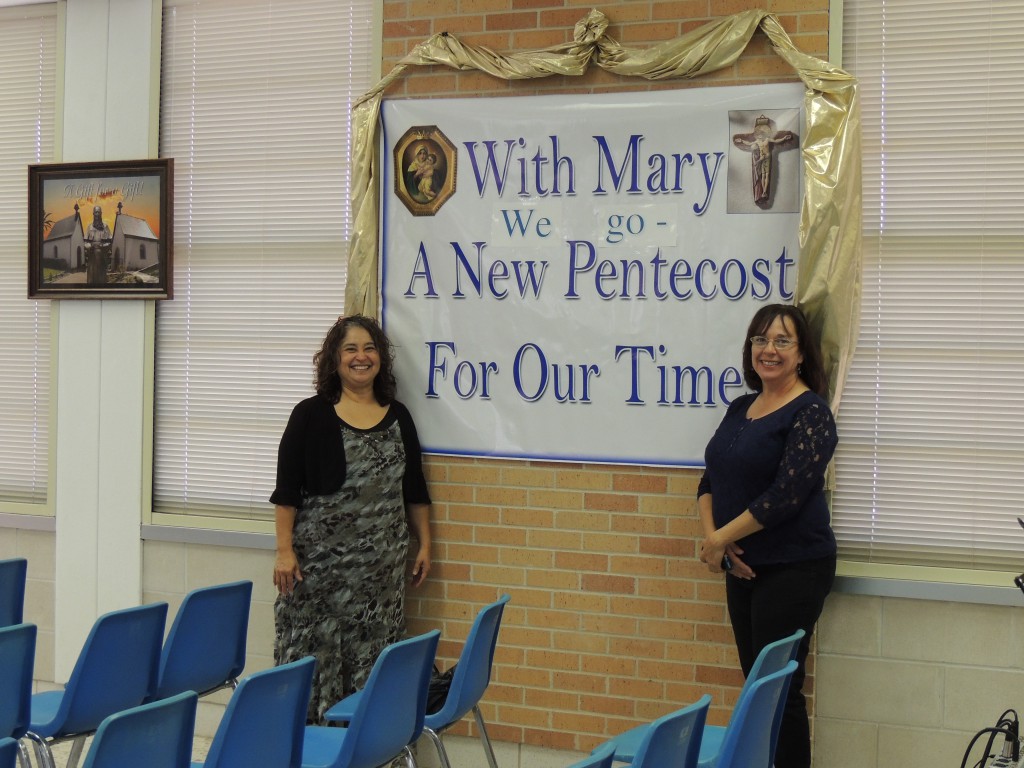