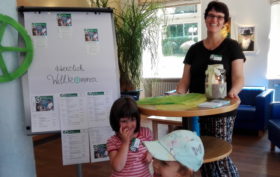 EUROPE, Pilar Bacigalupo, Corina Blankenberg • At the end of August, a pedagogical seminar for educators took place at House Marienau in Schoenstatt.  The participants felt very well taken care of, and in the weeks since, have amassed the fruits of their labor from those days and put them together. Discover the pedagogy of Father Kentenich and spread it. Present the different facets of his pedagogy in such a way that they can be effective not only to accompany one spiritually, but also to be used in schools, in businessRead More 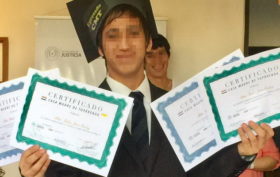 Every graduate is a gift, a miracle

PARAGUAY, Ani Souberlich and Maria Fischer • On July 30, the afternoon was sunny yet cool. Some youths were seen close to the wayside shrine, each one with his guitar in hand. They were playing and singing, amid embarrassment, nerves, laughter that was more or less contained, before beginning to make a serious effort to rehearse some songs… It looked a Boys’ Youth camp or an enjoyable moment from the Missions… But we were looking at some youths who until a few months ago had been in jail and livedRead More