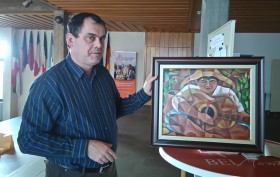 BELMONTE/PHILIPPINES from Fr Klaus Alender and Maria Fischer • As the Rector, Fr Daniel Lozano, reported in his last letter, the building of the DOMUS PATER KENTENICH in Belmonte, Rome, continues “slowly, but the work has started again; we are already close to completion, even though some things are still missing.” Among the things that are still missing are what each country can contribute for “their” room from their Schoenstatt and national culture. The house has 31 guest rooms. These rooms are named after the countries where there was aRead More 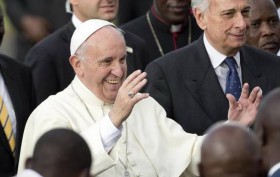 POPE FRANCIS IN AFRICA, by Sarah-Leah Pimentel • Pope Francis landed in Nairobi, Kenya, on 25 November on the first leg of his trip to Africa, a pastoral visit that will also include Uganda and the Central African Republic. Shortly after arriving in Nairobi, Pope Francis met with Kenyan President Uhuru Kenyatta and other political leaders. Kenyatta: “I ask for your prayers” The Kenyan president, who is himself a Catholic, began by asking the pontiff to pray for him in his aim to fight corruption within his own government. KenyanRead More