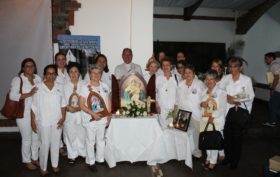 EL SALVADOR, Isidro Perera • On 1 May, the feast of St. Joseph the Worker, El Salvador held its first national Movement meeting, with the participation of all the branches and Schoenstatt communities in this central American country which is founding the movement there. — Despite Schoenstatt’s 20-year history in El Salvador, which began with the arrival of the Pilgrim Mother images sent by Fr. Uriburu and the creation of a women’s group, some of them Equadorians who knew Schoenstatt, but it was only a quarter of a century laterRead More 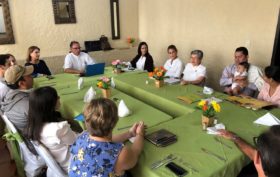 El Salvador on the eve of the first National Conference

EL SALVADOR, Isidro Perera • On Monday, February 4th, Father José Luis Correa Lira, advisor to the Movement in Central America, had the first organizational meeting with some representatives of the Branches and Communities’ different groups of the flourishing Schoenstatt Work in this small, but warm country of El Salvador. Patricia Fernández and her husband Isidro Perera, members of the third Course of Apostolic Federation of Families of Costa Rica, have been coordinating the development of the Movement and its different Branches in the country. Now the first National ConferenceRead More