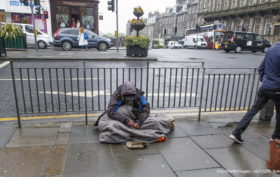 With Pope Francis: “Pray with me for the afflicted, the poor, refugees and the marginalised”

IN PRAYER WITH POPE FRANCIS, Editorial team with material from Pope’s Prayer and AICA • It was an initiative for the Year of Mercy, but it has continued. The Pope Video is a global initiative developed by the Pope’s Worldwide Prayer Network to collaborate in spreading the Holy Father’s monthly prayer intentions about the challenges facing humanity. In this case, the intention is pre-determined, but the new intention, the “last minute intention” is announced during the first Angelus of the month. The last minute intention for February is: Let usRead More