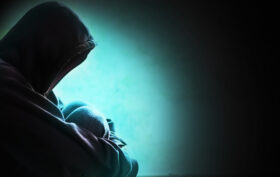 VII World Day of Prayer against Trafficking • The invitation launched on the occasion of the 7th World Day of Prayer and Reflection against Trafficking, which will be celebrated on Monday, 8 February, is an invitation to multiply and promote new economic experiences that oppose all forms of exploitation. An important date, which marks the liturgical memory of St. Bakhita, the slave girl who became a saint and universal symbol of the Church’s commitment against slavery.— The International Committee of the World Day, coordinated by Talitha Kum, the network ofRead More 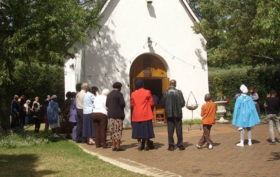 In covenant solidarity with Johannesburg

SOUTH AFRICA, Sarah-Leah Pimentel • On 2 December I received the sad news that the Schoenstatt Shrine in Johannesburg had been robbed. The thieves had got in through a window and stolen everything containing some kind of metal (probably to be melted or sold), including the tabernacle. Thank God the Schoenstatt Sister who stays on the property was unharmed. Bad news always spreads quickly and of course, the biggest concern, over and above the loss of our precious symbols in the shrine is what happened to the tabernacle and theRead More