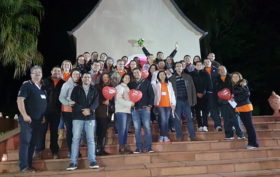 PARAGUAY, Adriana Cardozo • At the entrance of the Retreat House, the hosts (affectionately called “parents) warm welcome and a postcard marked the official start of a long-awaited marriage adventure, the Family Branch retreat at the introductory level. After a self-knowledge workshop, forty-seven couples from different cities belonging to the Diocese of San Lorenzo were ready to relive the best years of their lives together especially learning facets that they had never discovered in each other. The premise of the first workshops was very interesting. The focus on self-knowledge wasRead More 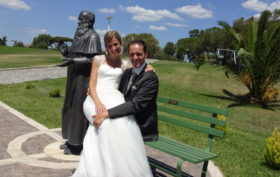 Visiting the Pope, honeymooning at home in Rome: “It was very beautiful at Belmonte!”

Maria Fischer • Pope Francis’ joy was palpable as he spoke about World Youth Day during the first general audience after summer vacation: “Let us begin precisely with the young people, who were the primary reason for the Journey. Once again they have answered the call: they came from all over the world – some of them are even here! [indicating pilgrims in the Hall]. A celebration of colors, of different faces, of languages, of diverse histories. I don’t know how they do it: they speak different languages, but theyRead More