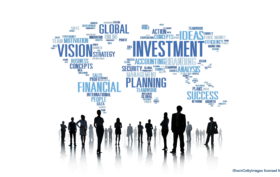 An economy to help eradicate poverty

FOCOLARE MOVEMENT, Press Release • 1100 people from 49 countries, involved in the Economy of Communion, will meet Pope Francis on Saturday, February 4, 2017. Eight people own as much as the poorest half of the world’s population. This is what Oxfam Report 2017 says. Runaway inequality is condemning hundreds of millions of people to poverty and highlighting the iniquity of the current economic system. In this complex situation, the Economy of Communion may be considered as a prophetic sign. It originated in May 1991, in Brazil as a reactionRead More