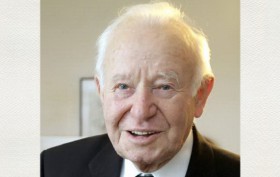 GERMANY, from Maria Fischer • “That’s him!” The article that appeared in the Rheinische Post newspaper was as zestful and mischievous as Fr Theo Hoffacker, a member of the Schoenstatt Priests’ Federation, on his 90th birthday. “Heart and soul a priest”, Heinz Kühnen wrote, and that is what Fr Hoffacker is. “The man keeps himself fit: cycling and swimming are simply part of life. In the past he went with his twin brother to sail in the Adriatic, and until a few years ago he regularly went skiing in Switzerland.Read More 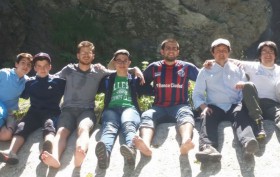 Mountains were made to be climbed

ITALY, Braulio Heisecke/Misión Roma • On Sunday, 28 June, we departed along with thirty other boys from Sani Patroni d’Italia parish, which is run by the Schoenstatt Fathers, to “Campo Estivo 2015” [Summer Camp 2015]; a camp that was organized by the parish youths ages 15-17. A camp for the parish youth After being in the city of Rome for about four months, enjoying ourselves, meeting people, perfecting the language, establishing attachments and especially praying, we, as a group, had a great challenge– to accompany a group of youths inRead More