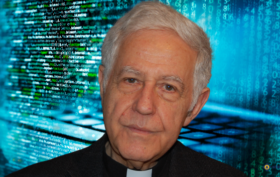 E-KENTENICH: A Brazilian response to get to know the founder better

BRAZIL, Ana Paula Paiva • On September 27, the so-called E-Kentenich was held in Brazil: a virtual initiative of study groups on the thought of the father and founder. It was the third meeting of the cycle of studies for the year 2020, and the topic revolved around the new social order, motivated by the writings on the social thought of Father Joseph Kentenich, prepared by Father Humberto Anwandter.— E-Kentenich: Initiative for a Continental Country. The E-Kentenich emerged as a response for the Brazilian Schoenstatt Family, especially with regard toRead More