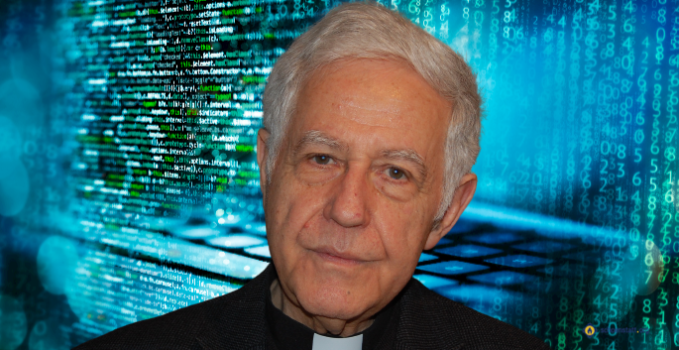 E-KENTENICH: A Brazilian response to get to know the founder better

On September 27, the so-called E-Kentenich was held in Brazil: a virtual initiative of study groups on the thought of the father and founder. It was the third meeting of the cycle of studies for the year 2020, and the topic revolved around the new social order, motivated by the writings on the social thought of Father Joseph Kentenich, prepared by Father Humberto Anwandter.— 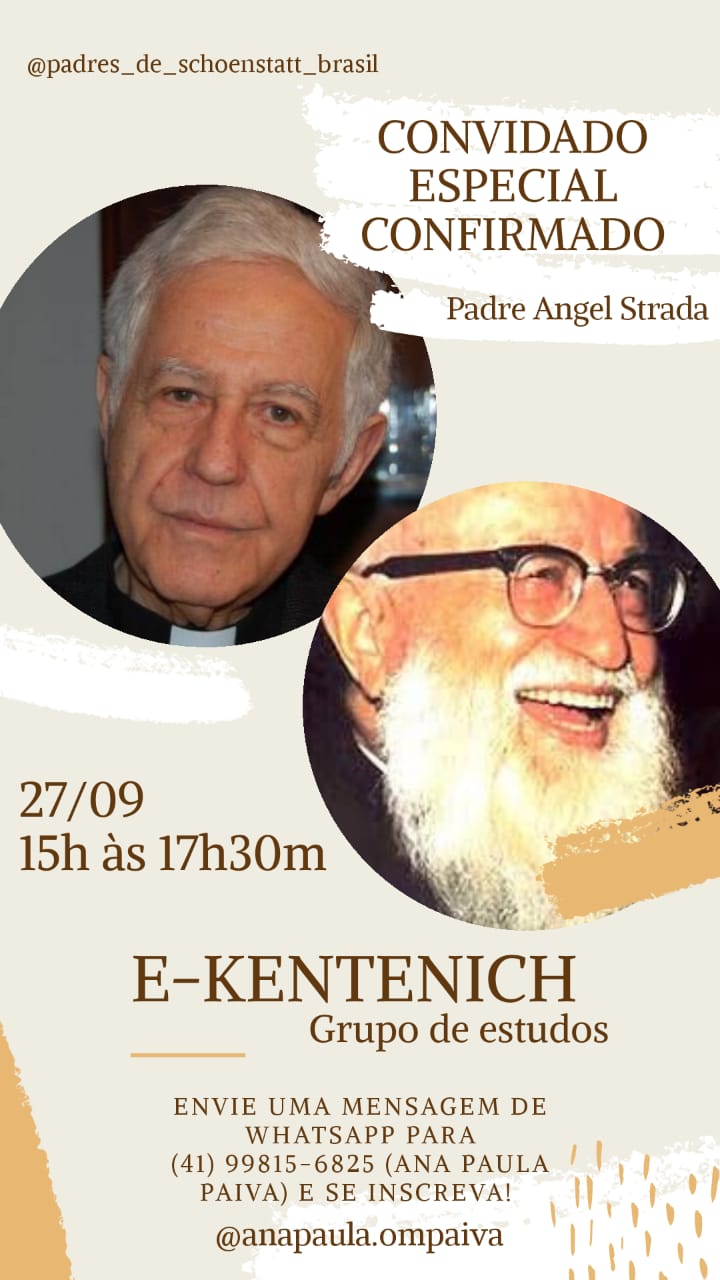 E-Kentenich: Initiative for a Continental Country.

The E-Kentenich emerged as a response for the Brazilian Schoenstatt Family, especially with regard to the need for attachments and a deeper knowledge of the Founder’s thought.

Since the country is large and divided by regions, a personal encounter with all the Schoenstatt Work in Brazil is not feasible. Thus, although it has emerged as a reflection of this very challenging time of the pandemic (in which social distancing makes it impossible for even those who are geographically closer to each other to meet), it has been shown to be an initiative that fosters bonds between the regions of Brazil, in addition to bringing the thinking of Father Kentenich to more people.

“I am a mission on this earth; that is the reason why I am here in this world.”

In this edition the special guest was Fr. Angel Strada.  He began the afternoon of studies with a focus on current social issues in the light of the thought of our father and founder, taking advantage of historically important moments at the beginning of the 20th century.

We, as Schoenstatters, are called to act directly in today’s social realities, delivering the message and charisma of Schoenstatt to the world through concrete actions. Father Angel called attention to the importance of each person assuming their own individual mission and thus contributing to a new social order, taking especially the words of Pope Francis in Evangelii Gaudium: “My mission of being in the heart of the people is not just a part of my life or a badge I can take off; it is not an “extra” or just another moment in life. Instead, it is something I cannot uproot from my being without destroying my very self. I am a mission on this earth; that is the reason why I am here in this world.” (EG 273).

To be in solidarity

Father Angel also stressed the importance of being in solidarity, as a Schoenstatt Family, with each other, in order to be agents of a new world. Today’s world presents us with immense challenges and it is in solidarity that we can give our charisma to society. Schoenstatt should not be an isolated island, but rather part of a new world as Fr. Kentenich describes it: “To be in solidarity. Solidarity from branch to branch. Maintain the whole, whether the branch is united in itself or in other branches. To be in solidarity. Cohesion… to arrive at a solid unity. Unity of spirit, unity of heart, unity of mutual aid. We must create a completely new world. (…) If we have a universal mission, we cannot remain separate, blessed and silent, in an island of devotees… Wherever one of us is and goes, a new world has to emerge”. Fr. Kentenich, October Week 1966, pp. 243-250 (German edition) 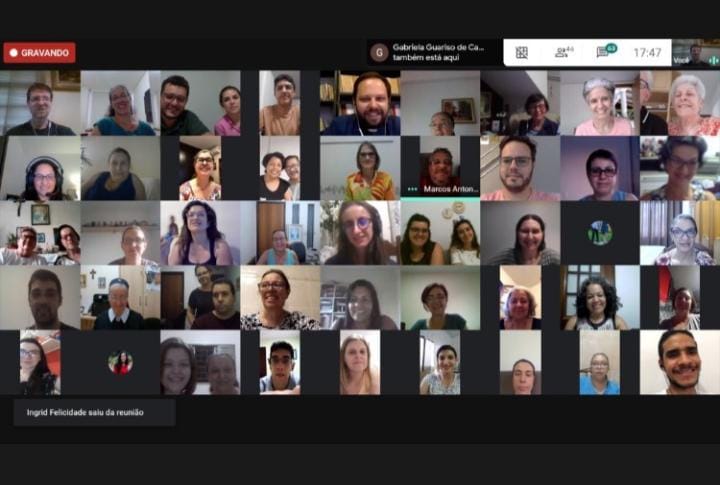 As Schoenstatters, are we socially and politically omitted? 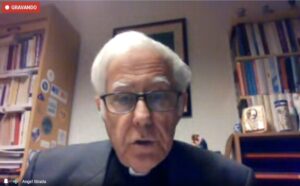 After the initial impulse, Fr. Angel Strada responded to the questions of the participants about the applicability of social thought in daily life and practice.

One of the participants’ questions took us by surprise: As Schoenstatters, do we have social and political deficiencies? Father Angel shared with the group important social initiatives, especially the experience of the Casa del Niño in Argentina, from its origins, its expansion and the importance it has today. He also emphasized the difficulty of political action, sharing about the attempts of the Schoenstatters in a greater political participation and the challenges for this, and the importance of this action, but it should be even greater.

In this sense, for the participants, it is evident as a response to the challenges of the times. Guilherme Vanzela Paiva, one of the participants, commented “for me, the E-Kentenich is one of the possible ways of showing my affection and respect for our founding father. To know more, to love his charisma even more strongly, and to make it vital in my daily life”.

The next meeting will be at the end of this year, and the idea is to have an E-Kentenich 2021 season with more guests and productive discussions about our charisma and its application in daily life as a school of sanctification.

For more information on how to participate, contact us: Organization: Ana Paula Paiva @anapaula.ompaiva