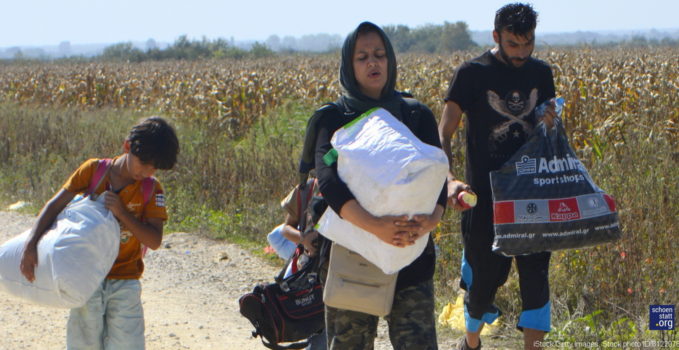 How would it be if I was one of them and had to experience personally what they are going through?

When I watch the news about the wave of refugees and their camps in Greece on TV; when I read the press reports on the number of asylum seekers or even the arson attacks on homes for asylum seekers, I sometimes think: How would it be if I was one of them and had to experience personally what they are going through? So it is one of my greatest aims to make the people I meet, or with whom I speak, more aware of the need to welcome refugees and the deal with asylum seekers correctly. In this I am helped as an Archbishop and man of the Church by the fact that Pope Francis has called for a Year of Mercy. Jesus turned precisely to those who needed help. Not just that – he identified himself with them: “I was hungry, and you gave me to eat; I was thirsty and you gave me to drink; I was a stranger and homeless, and you welcomed me; I was naked and you clothed me”. (Mt 25, 25-37)

In the countless conversations I have had with our Church members, as well as with representatives of political parties and MPs, I constantly feel the fear they have of strangers; they are afraid of being infiltrated by Muslims, of being overextended by the huge numbers of asylum seekers. In such conversations it is necessary to have patience and to listen, to empathise. The more we manage to make the other person think, the greater the opportunity will be for them to accept an objective argument.

I am constantly reminded of the great achievement of our country between 1945 and 1947 when fifteen million expellees found a welcome in Germany. Of course, at that time they spoke German and were part of our German culture, and most of them belonged to one of the major Christian confessions. It made integration easier. But they came into an impoverished country that had been destroyed in the war. Never before has the majority in Germany enjoyed as much prosperity as it does today. We have the potential, the strength and the means to take people in. To do so is a requirement of our common humanity. So we may not close our borders, we may not put up fences and walls. We have to take in people, and at the same time do all in our power to make it possible for them to enjoy a secure future in their homeland.

Then it will work

In conversations with politicians, local councillors, mayors, parish priests and parish councillors, my main aim is to motivate them to take in asylum seekers. Thus, in the Archdiocese of Freiburg there are very few difficulties, especially because the Archdiocese supports the parishes in their commitment to asylum seekers. Almost every week the Ordinariate in Freiburg receives applications from parishes for financial help to take in refugees. Former convents and Church-run homes for the elderly, as well as disused kindergartens, are occupied by refugees. In addition forty unoccupied presbyteries are providing shelter for refugees. In our parishes and communes many volunteers look after them, support them and accompany them. There are no appreciable difficulties. Unfortunately individual instances of such difficulties are often exaggerated throughout Germany and elsewhere, often for political reasons.

When I encounter asylum seekers during political discussions, at Holy Mass and confirmations, or even discover Syrian boys among the altar servers, it encourages me not to give up trying to mediate and to encourage others. I have experienced that the commitment is worthwhile and bears fruit. 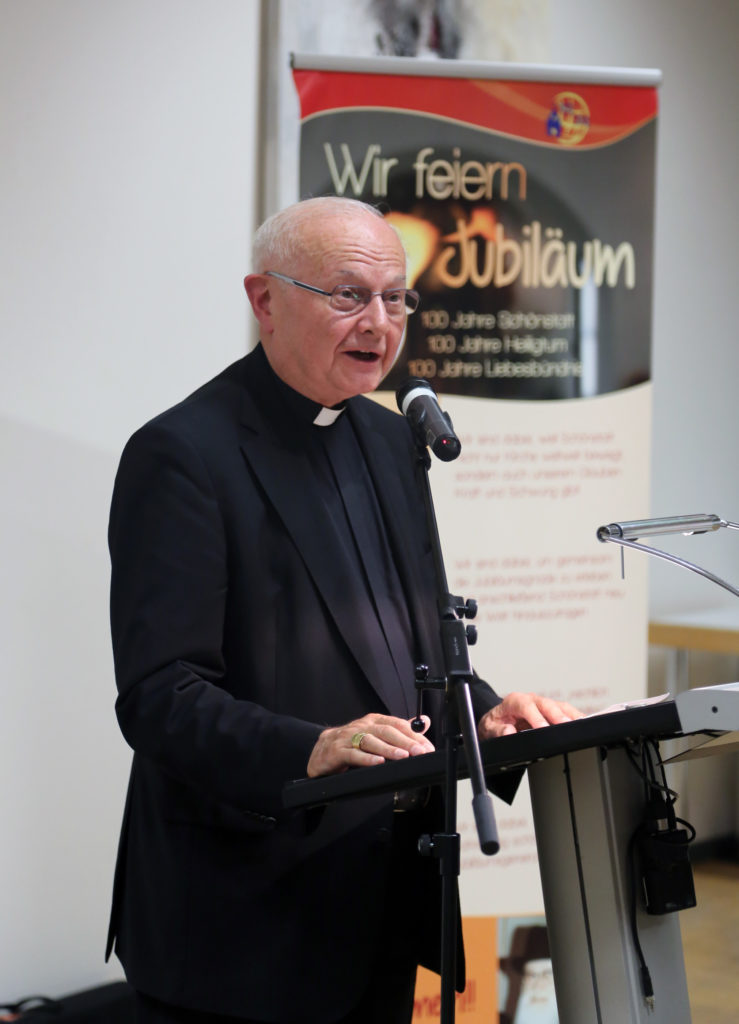 I was a refugee and strangers took me in

The wave of refugees and the continuing discussion about accepting asylum seekers awakens countless memories in me. As a seven and eight-year-old lad I personally experience what it meant to have to flee, and to encounter rejection, but also help.

I was born a Volksdeutscher (an ethnic German) in former Yugoslavia. Our flight from the Yugoslavian extermination camp, Gakowa, led us to Hungary. We found refuge in the village of Cavoly, and people we didn’t know helped us so that we survived the first half of the winter of 1945/46. One night, under cover of darkness, two Gendarmes knocked on our door and informed us that they had been told to return us to the extermination camp from which we had fled. At the same time they let us know that they would ignore the command. We had to see to it how we could save ourselves. They simply couldn’t manage to deport us to our certain deaths.

With the practical and financial help of well-disposed people, we manage – with the help of some bribery – to join the first transport that took the Hungarian Germans from their hometown in Budaörs. That is how we reached Vienna. There we discovered once again that we were to be deported back to Yugoslavia. While Russian soldiers with lorries and drawn bayonets stood in front of our barracks, we manage to slip through the window at the back and reach the American Sector, where an elderly couple found us lying on the street and offered us a place of safety in their own flat.

True humaneness doesn’t ask about language and race, it simply turns towards people

I don’t know the names of the people who helped us, and who saved us from certain death – neither the names of the Gendarmes in Cavoly, nor the other helpers, among them a childless pharmacist whose husband was a prisoner of war, nor the elderly couple that accommodated us in Vienna. But I have never forgotten their faces and can still remember them clearly today. They were strangers who became our neighbours. They turned their eyes towards us. They saw our need and the danger we were in. They opened their hearts and their hands, and helped us although they didn’t have much for themselves that winter. The Gendarmes in Cavoly even risked their lives to save us. People in another country, people to whom we came as helpless strangers, or who, as in Vienna, saw us lying helplessly on the street, saved my life and took me in.

I live today with the awareness that I, and not only my parents and the people I love, owe my life and my path through life to strangers who cared for me, a stranger, and saved my life. True humaneness does not ask about language or race, it simply turns towards people and cares for them. This is an experience that has carried me for seventy years. 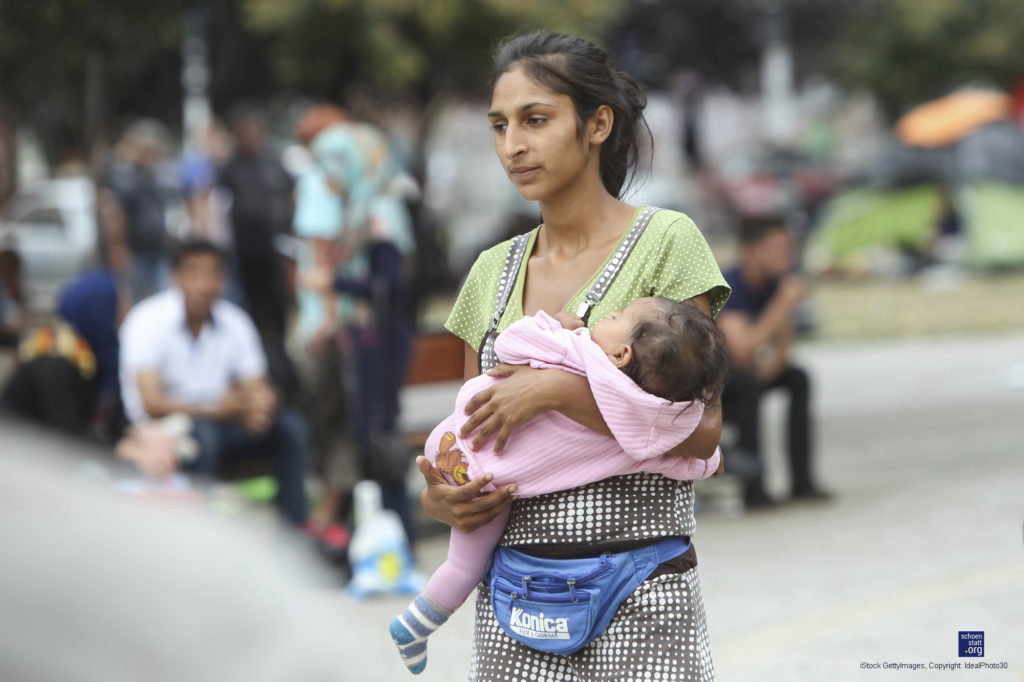 Source: Statement of Archbishop Emeritus Robert Zollitsch DD at a panel discussion during the Congress “Together for Europe”